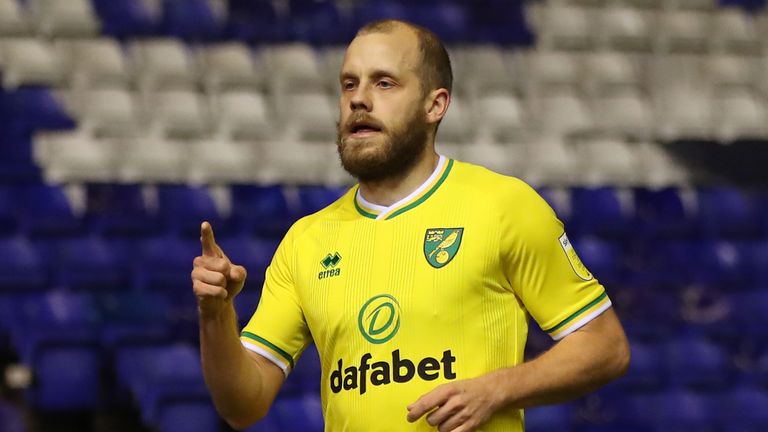 Report and highlights from the Sky Bet Championship clash between Birmingham and Norwich City at St Andrew’s as Teemu Pukki scored twice for the Canaries – missing a penalty in between – and Oliver Skipp netted their third.

Teemu Pukki scored twice to put Norwich 10 points clear at the top of the Sky Bet Championship as the leaders beat Birmingham 3-1 at St Andrew’s.

Pukki also missed a penalty before Ivan Sanchez’s equaliser for the home side.

The Finnish striker had the last laugh with a second – his 17th goal of the season and sixth in his last four games – to send the Canaries 10 points clear of Brentford and Watford before they play on Wednesday.

Oliver Skipp made it 3-1 with virtually the last kick. 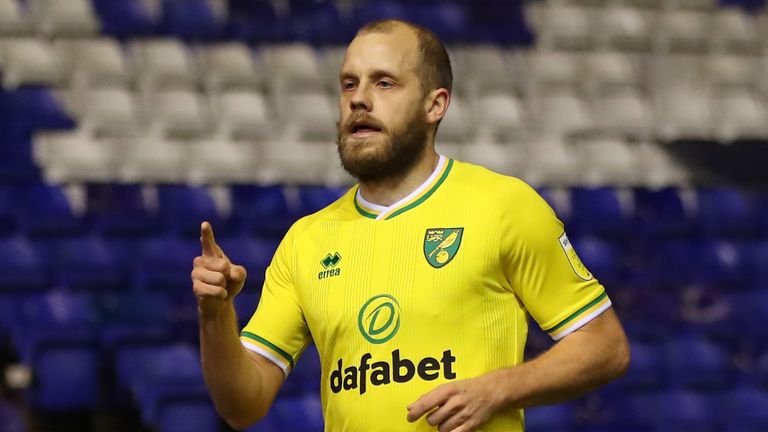 Norwich showed the quality of their finishing after Birmingham – with the worst home record in the Championship – had numerous opportunities to have taken something from the game.

In a superb first half of attacking football, Birmingham made the better start and wasted a golden chance to take the lead inside the first two minutes.

Ivan Sunjic ballooned a curling effort high over the bar from 20 yards as Birmingham remained on top.

But Norwich forced the first save when goalkeeper Neil Etheridge darted from his line to smother from the clean-through Kenny McLean.

A header from Gardner from Sanchez’s corner was scrambled behind by Norwich before the visitors took the lead against the run of play in the 26th minute.

In a high-speed move down the left, Dimitris Giannoulis played in McLean, who touched to Pukki for a powerful finish that gave Etheridge no chance.

A big moment came in the 35th minute – with Pukki and Etheridge again the centre of attention.

The Birmingham keeper dived at Pukki’s feet after Mario Vrancic put him through only to bring down Todd Cantwell for a penalty.

Etheridge however spared his blushes by saving Pukki’s spot-kick with his right foot as he dived left.

Blues deservedly levelled in the 39th minute – after Christoph Zimmermann failed to clear his lines.

After the break, Bela and Gardner saw shots saved and fly wide respectively while Emiliano Buendia’s long-range header was held by Etheridge, who came out to deny clean-through Pukki with his feet.

Pukki tapped home in the 76th minute after Buendia’s shot hit Harlee Dean and rebounded into his path.

Skipp tapped home in the fifth minute of time added on after Lukas Rupp ran 70 yards on the breakaway.