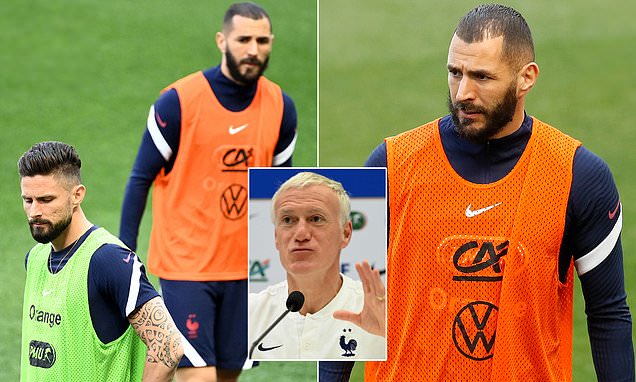 Karim Benzema and Olivier Giroud have reportedly been seated together at Clairefontaine by Didier Deschamps, just over a year after the Real Madrid star dismissed his countryman’s credentials.

The 33-year-old marksman was a surprise call-up in the squad for Euro 2020 after a hiatus of more than five years.

Benzema was recalled to the French squad for this summer’s tournament after some good form for club side, with the experienced forward insisting he never gave up hope of playing for France again. 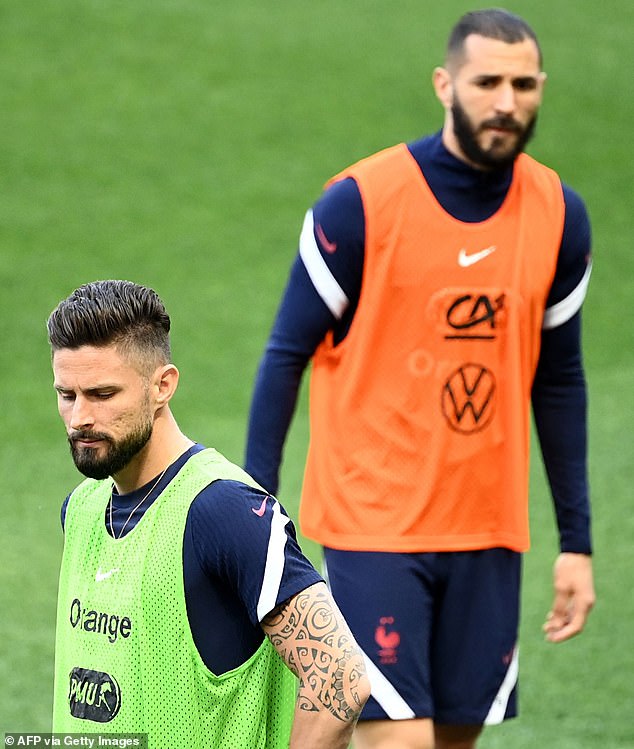 Karim Benzema and Olivier Giroud will sit together for team meals with France, reports say

Benzema had made disparaging comments during his exile from international football, and according to L’Equipe, via Get French Football News, Deschamps has placed the Madrid star in a rather awkward position during meals at the French training base.

The 33-year-old will be sat next to Chelsea star Giroud, as well as Antoine Griezmann, Leo Dubois, Raphael Varane, Lucas Hernandez, Benjamin Pavard and Hugo Lloris.

Benzema may have to smooth things over with Giroud, having lambasted his compatriot’s credentials during a Twitter Q&A in March. 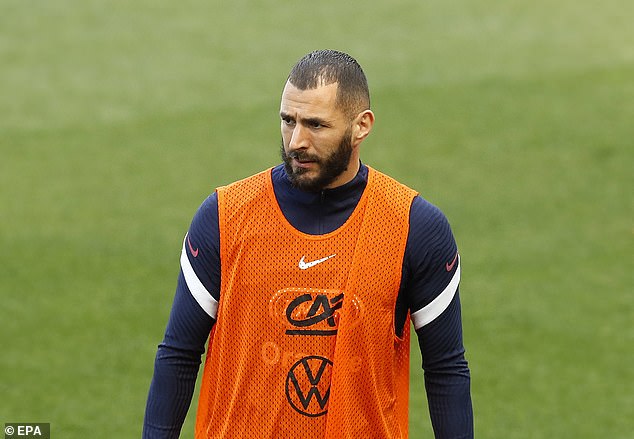 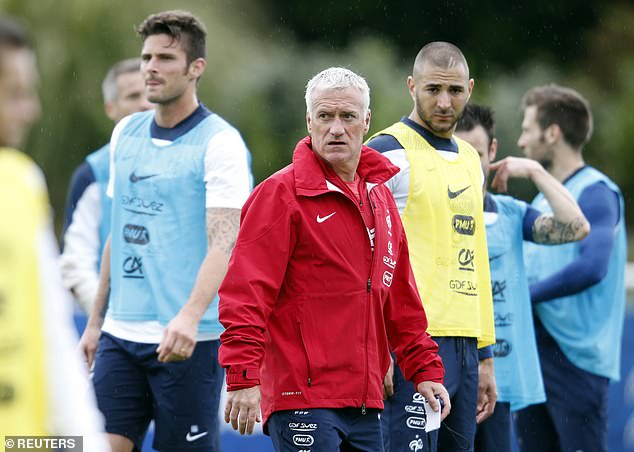 When asked by a fan to compare himself with Giroud, he said: ‘This won’t take long. You don’t confuse F1 with go-karting. And I’m being kind. Next… and I know I’m F1.

‘Does everyone like that way of playing? I don’t know.’

Benzema later refused to back down on his stance regarding Giroud, saying: ‘About Giroud, I simply told the truth.

‘But we didn’t remember what I said about him, especially about what he brings to the French national team. 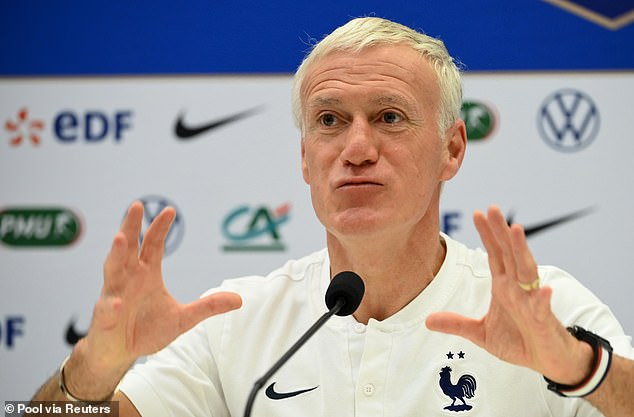 Now, coach Didier Deschamps has sat the pair together for meals at the Clairefontaine base 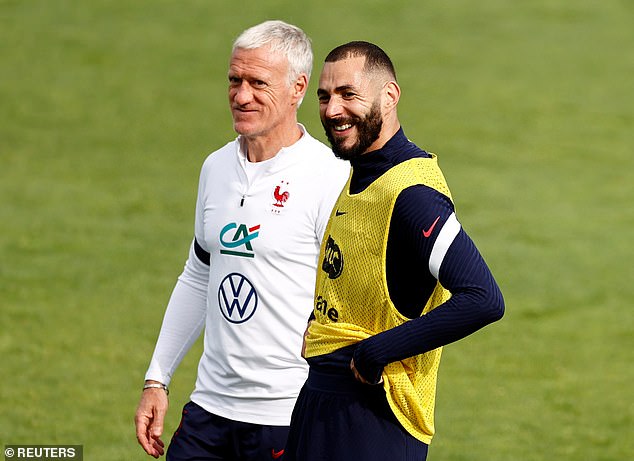 ‘We just remembered the moment when I said I was F1 and he was karting. That’s what I think, that’s the truth, and that’s how it is.’

Giroud had hit back to the scathing criticism, responding by saying: ‘At the time, when I was unfairly criticised because of Karim’s absence, it hurt me.

‘I continued to prove that I deserved my place and that this supposed rivalry with Karim was created from scratch by some people.

‘I had nothing to do with it, we just play the same position. It happened but I reacted well to these difficulties.’

Benzema’s return has come as a huge boost for Deschamps, who already boasts a very strong squad. The 33-year-old’s inclusion makes the reigning world champions strong contenders to lift the trophy at Wembley on July 11.