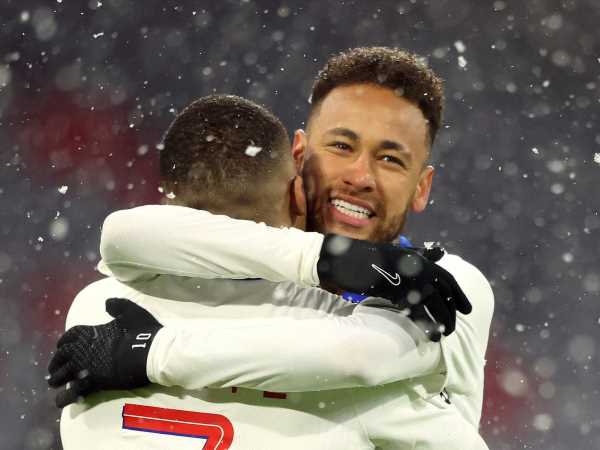 Manuel Neuer – 4: Expected Mbappe to shoot across him but still should have done better with the forward’s goal, with the effort aimed straight at the Germany international. Lacked his usual composure, as was evidenced by his poor passing.

Benjamin Pavard – 7: Terrific delivery into the visitors’ box set up Choupo-Moting’s headed goal as the first half neared its conclusion.

Niklas Sule – 5: Struggled with PSG’s pace and did not make it to half-time before being replaced by Boateng.

David Alaba – 6: Was not at his best but improved somewhat as the game progressed.

Lucas Hernandez – 6: Showed great determination in the visitors’ box to get a shot off in the opening moments, forcing a good save out of Navas.

Joshua Kimmich – 7: Was at the heart of Bayern’s incessant pressure and so nearly provided an assist for Goretzka with a wicked free-kick into the PSG box in the first half. A similar delivery resulted in Muller’s equaliser after the break.

Leon Goretzka – 6: Was denied a goal by a fantastic Navas save in the opening half. Hauled off before the break after Bayern went 2-0 down.

Leroy Sane – 6: Came to life a bit in the second half but without making any truly incisive contributions.

Thomas Muller – 7: Put a tame effort straight at Navas from just a few yards out in the first half; nine time out of 10 the wily forward scores from that position. Headed the equaliser in the second half, however, in a more familiar moment for the German. 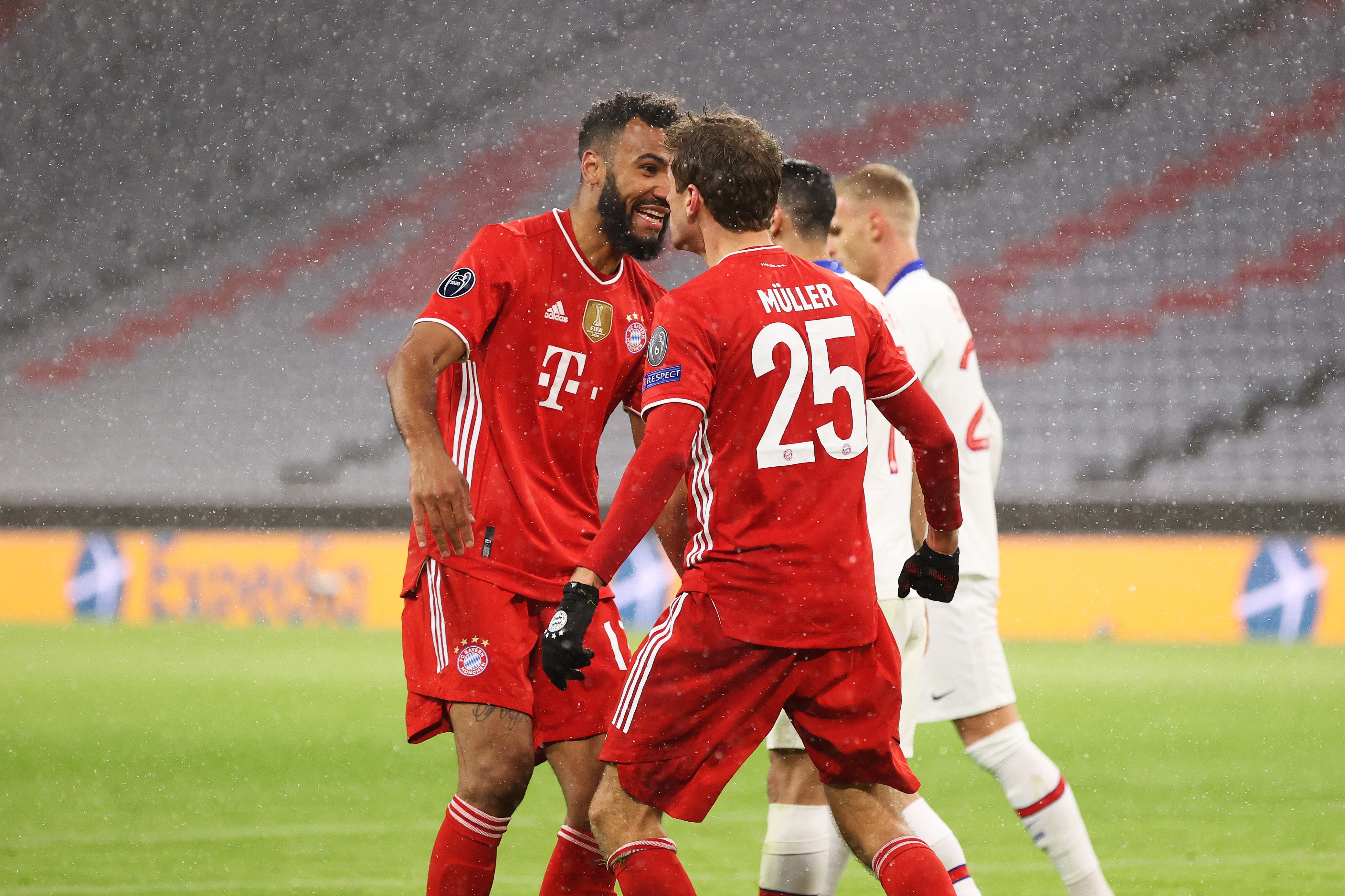 Kingsley Coman – 6: Was certainly not at destructive as he can be, but not for a lack of trying.

Eric Maxim Choupo-Moting – 7: Produced two fine first-half headers, one of which hit the bar and one of which found the net.

Keylor Navas – 8: Made numerous great saves, keeping out Hernandez, Pavard and – most impressively – Goretzka when the midfielder headed at goal from close range.

Colin Dagba – 6: Mixed bright moments with some difficult ones in a back-and-forth game.

Marquinhos – 7: Great touch and finish made it 2-0 to the visitors. Was unfortunately taken off with an injury just moments later.

Presnel Kimpembe – 6: A competent showing from the defender.

Abdou Diallo – 6: Similarly did enough for the most part, in the face of a lot of pressure from Bayern.

Idrissa Gueye – 6: Was bypassed by Bayern on a fair few occasions as the hosts poured forward.

Danilo – 6: Had to fill in centrally in the French champions’ defence before being substituted at the break.

Angel Di Maria – 6: Was quieter than his fellow forwards and was replaced with 20 minutes remaining.

Neymar – 8: Provided the assist for Mbappe’s early goal, then assisted Marquinhos with a fine, clipped ball over the top of the Bayern defence. 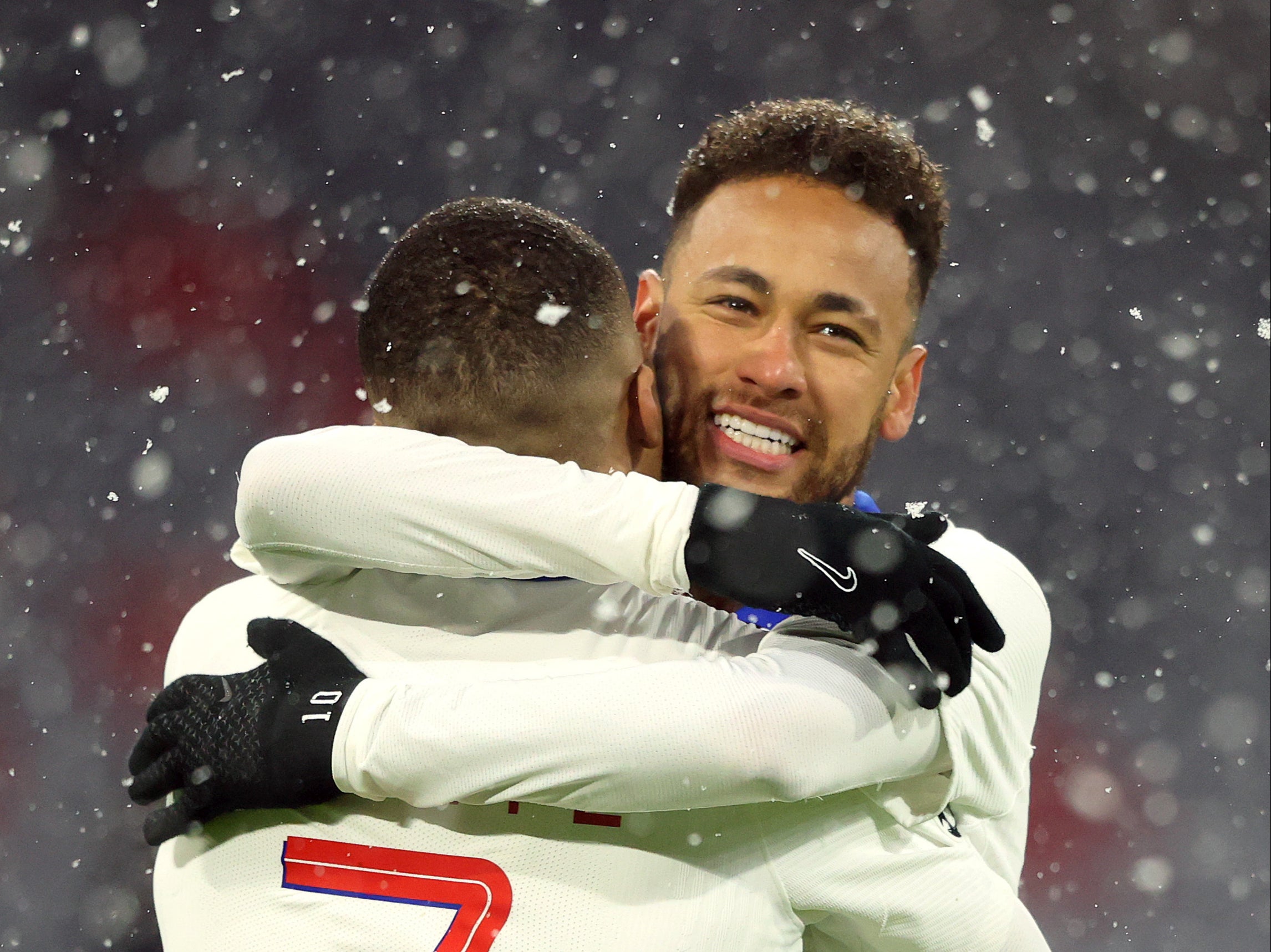 Julian Draxler – 7: Struck a shot off the post and past Neuer but was somewhat unlucky to see the goal ruled out for the narrowest of offsides against Mbappe. Supported the France international well.

Kylian Mbappe – 8: Gave PSG an early lead by blasting a shot at Neuer that squeezed into the bottom corner, then restored that lead later in the game with a clinical finish to cap off a counter-attack.