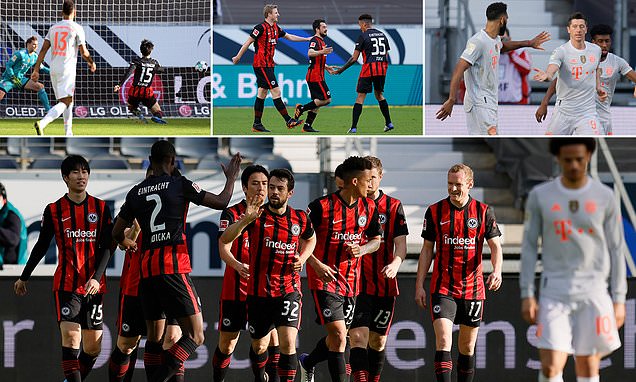 Bayern Munich’s nine-game unbeaten run came to a shuddering halt as the Bundesliga leaders were comfortably beaten 2-1 by Eintracht Frankfurt.

Impressive first-half goals from Daichi Kamada and Amin Younes gave Adi Hutter’s a lead they deserved following a brilliant and brave display against the champions.

Robert Lewandowski pulled a goal back for the German champions – his 26th league goal in 21 matches – but defeat for Bayern now opens up a Bundesliga title race involving four teams. 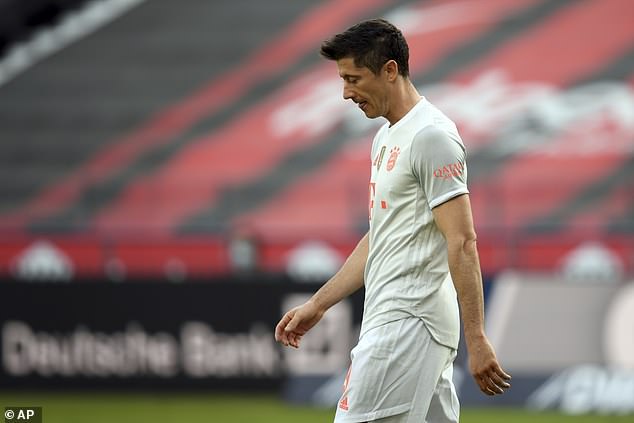 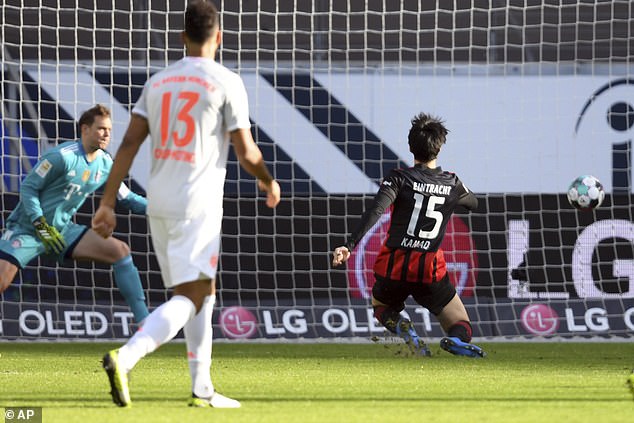 Hansi Flick’s champions struggled from the off and fell behind early on to Daichi Kamada’s cool finish which ended a brilliant Frankfurt team move which included Filip’s Kostic’s low cross.

The hosts continued to run Bayern ragged in the opening exchanges as Jerome Boateng cleared off the line, while Frankfurt’s Amin Younes tried a long-range effort from inside his own half which bounced just wide of the Bayern goalkeeper’s post.

Yet Younes was successful later in the half to double Frankfurt’s lead as the German playmaker slammed a brilliant effort past Neuer and into the top corner from inside the area. 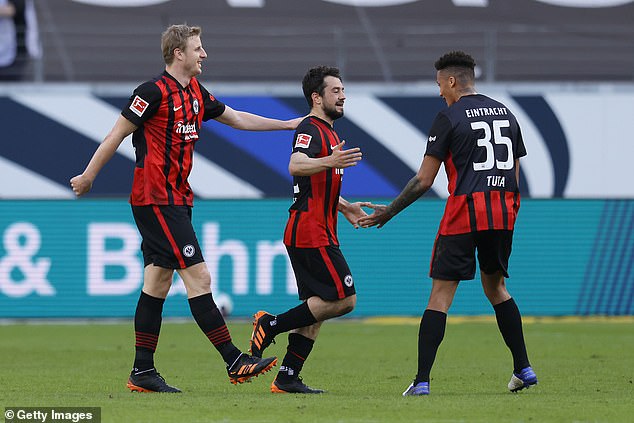 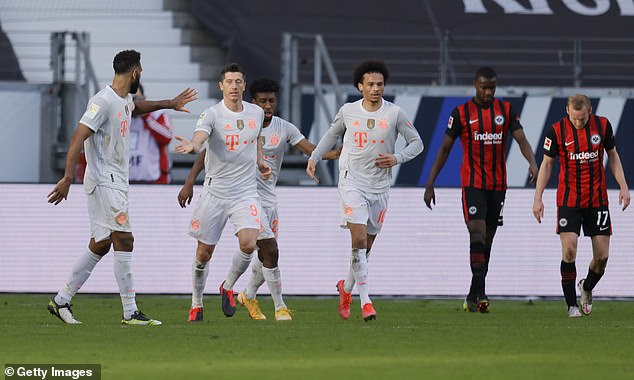 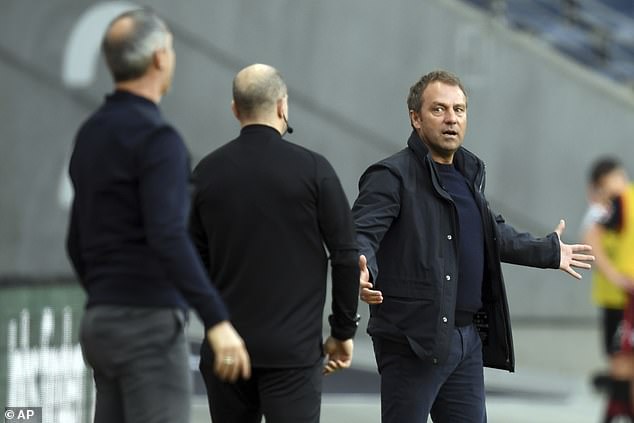 Flick’s side were a different side after the break and pulled one back through Robert Lewandowski’s tap-in but Frankfurt held on well for the three points.

The result is Bayern’s second slip-up this week following on from their Club World Cup success – as Flick’s side were held to a 3-3 draw by Arminia Bielefeld on Monday.

RB Leipzig can now move two points behind Bayern if they beat Hertha Berlin on Sunday, while Frankfurt are now seven points behind the champions in third.