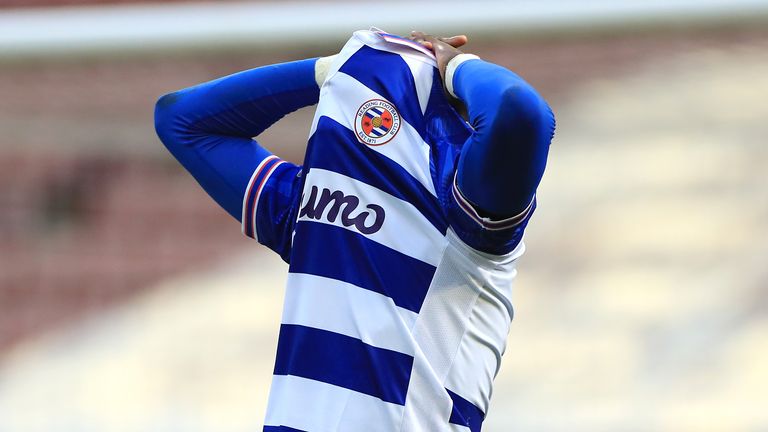 Championship promotion hopefuls Barnsley and Reading could not be separated as Alex Mowatt’s second-half penalty earned the hosts a 1-1 draw at Oakwell.

The Royals are now unbeaten in their last eight trips to Oakwell since 1996 but should have gone on to collect maximum points, with leading marksman Lucas Joao guilty of a runaway candidate for miss of the season after Mowatt’s equaliser.

The result means Reading remain in seventh place on 63 points following the other Championship fixtures on Good Friday, a point outside the play-off places while Barnsley stay in fifth on 65 points. Man of the match: Liam Moore.

How points were shared in play-off battle Earlier, Barnsley managed the first shot of the match with less than a minute on the clock as Mowatt volleyed wide from the edge of the box.

The visitors quickly settled, however, as Yakou Meite squandered an excellent opportunity to open the scoring after eight minutes.

Following a mistake by Tykes defender Mads Andersen close to the halfway line, Meite charged clear through the right channel only to lift a side-footed effort well over a relieved Brad Collins’ crossbar. 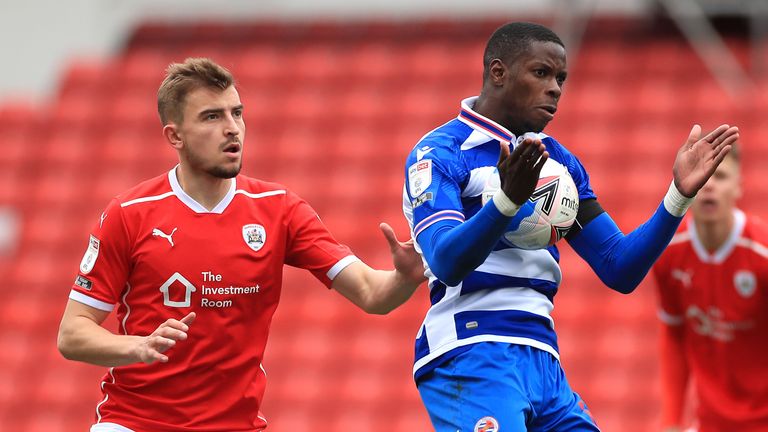 Liam Moore’s free-kick was then deflected off target by the home wall, while a clever corner routine saw Joao balloon too high after Michael Morrison had helped on Michael Olise’s near-post delivery.

The game’s first save saw Rafael Cabral gather a Michal Helik header from Mowatt’s inviting free-kick on the half-hour mark.

Ejaria expertly latched on to the ball without breaking stride and found Collins’ bottom-left corner from 15 yards. In response, Callum Brittain’s right-wing cross glanced against the visitors’ crossbar and the same player’s thumping volley was bravely headed away from goal by Moore, before the final action of the half saw Romal Palmer head over from Mowatt’s subsequent corner.

Home boss Valerien Ismael attempted to pep up his attack with the double introduction of strikers Daryl Dike and Carlton Morris at half-time.

Barnsley made just the one alteration to the side that were beaten 2-1 at home to Sheffield Wednesday as Victor Adeboyejo started up front in place of Daryl Dike.

Reading made two changes as Andy Yiadom and Michael Morrison came in for Tom Holmes and Omar Richards.

But, after Palmer dragged a 20-yard opportunity wide, it was Reading that came within inches of doubling their lead.

A rapid counter attack saw Olise and Joao combine to tee up a charging Meite, who just failed to get a stretching leg to the ball in front of Collins’ goal.

The Tykes were afforded a route back into the game on the hour, however, when Andy Yiadom grabbed Callum Styles around the neck and wrestled him to the floor in the penalty area. 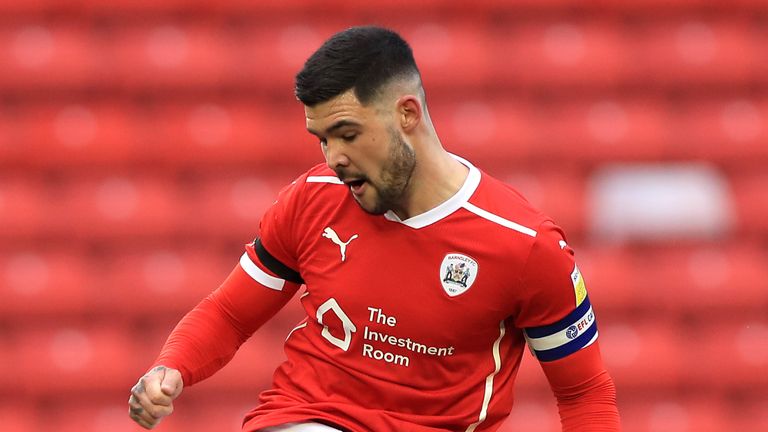 Mowatt aimed the resulting spot kick down the middle of the goal and was a little fortunate to score after the ball struck Cabral’s trailing leg.

More fortune was to follow for the hosts when Joao’s horrific miss staggered everybody in Oakwell after a mix-up in the home defence led to Collins making a last-gasp challenge on Meite.

The ball then ran loose to the Royals’ top-scorer but he inexplicably side-footed wide of an empty goal from 12 yards. 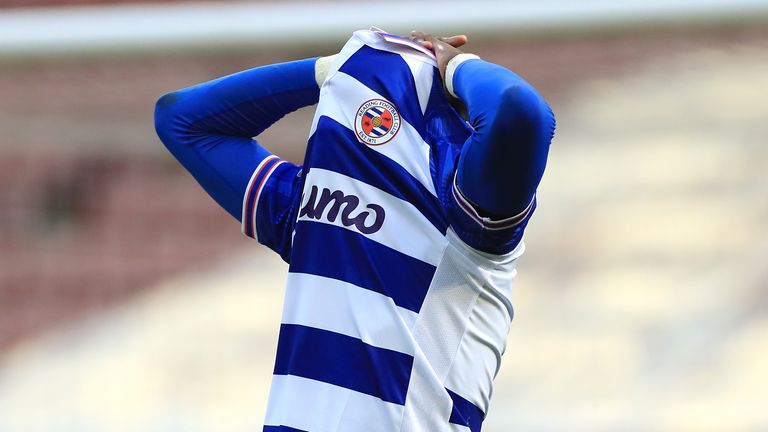 Barnsley immediately looked to punish such profligacy with Styles shooting over from 15 yards and Andersen stabbing against an upright after Cabral dropped a high ball into the box.

Morris also cut in from the left and forced a save, while Aapo Halme headed over from a corner and Dike dragged wide from 15 yards, but Reading held on for a share of the spoils.

What was Joao thinking with miss?

“I want to make an excuse for him, but in that situation he’s just got to roll the ball in. I don’t know why he’s tried to play it across goal into the other corner when he could put in at the empty side of the net.

“He’ll know himself and won’t need us to break it down to him but he could even have taken a touch, gone round the ‘keeper and tapped it in. I don’t understand what he’s tried to do.”

Man of the match – Liam Moore

“It was a very tough game – very competitive and everything we expected coming here today. I’m gutted and I’m fuming as we had a big chance to win the game. We’ve just got to consolidate now and go again very quickly.

“Lucas is a quality player and he knows. Barnsley have been brilliant this season and this is a really tough place to come. It was scrappy at times so we’ve come away with a point at least. We just wanted to win. It feels like a loss, but we at least take a point.”

Barnsley travel to face Luton Town on Monday in the Sky Bet Championship at 3pm while Reading host Derby County at the same time.