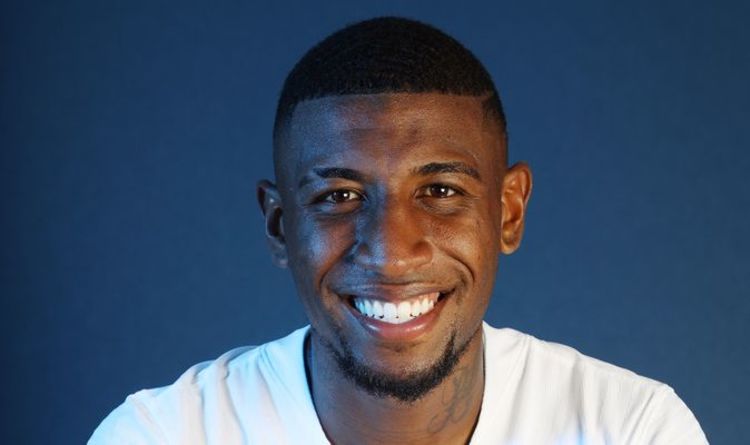 Nuno speaks ahead of Tottenham game against Crystal Palace

Barcelona turned down the opportunity to complete a part-exchange transfer with Tottenham when the Premier League side signed Emerson Royal, according to reports. Royal had a debut to forget as his Spurs side lost 3-0 to Crystal Palace on Saturday.

Royal arrived in a £25million deal on transfer deadline day, with Spurs boss Nuno Espirito Santo keen to sign a new right back.

Barca had a frustrating transfer window and were forced to sell several players due to their debt.

They also struggled to register several new signings due to a La Liga rule preventing clubs from spending over a certain amount of their turnover on wages.

It is the same regulation that prevented them from re-signing Lionel Messi to a new contract after his deal expired at the end of June. The legendary forward has sensationally since joined Paris Saint-Germain.

Brazilian full-back Royal was one of the players who were moved on. However, the deal could apparently have been slightly different to the straight £25m fee that Spurs paid.

The Premier League side offered defender Serge Aurier and midfielder Tanguy Ndombele in return for Royal, according to journalist Fabrizio Romano.

Both players have had frustrating spells in North London. Aurier had his contract terminated on deadline day and Ndombele is surplus to requirements.

Royal made his debut as Spurs suffered their first defeat of the season. Goals by Wilfried Zaha and Odsonne Edouard earned Patrick Vieira his maiden win as Crystal Palace boss.

The 22-year-old admitted he was hurt by Barca’s decision to let him leave.

DON’T MISS:
Arsenal fans told Ramsdale will be a ‘monster’ despite criticism
Ronaldo reduced to tears after tasteless comment in Man Utd training
Man Utd have given Ronaldo something brilliant ahead of Newcastle game

“I thought the club wanted me to stay. I played on Sunday as a starter. The next day I woke up and went to train calmly. There, I already began to see that a lot of things were coming out – that Tottenham were talking with Barcelona, that it was almost done,” he told Marca.

“I didn’t understand anything about what was happening because I didn’t know anything. In the afternoon the club called me to go to the training ground because they wanted to talk to me, and there I found out that they wanted to sell me.

“I met the leaders of the club. They began to tell me that the club’s financial situation was not good, that they were going through a difficult moment and that it was better for them to sell me.

“I repeated to them that my intention was to stay because I had the dream of playing here and contributing things to Barcelona.”

He continued: “Used is not the word, but I was hurt by the way it was done. They could have done it differently. There were better ways to fix things.

“When I arrived, I was sure that Barcelona did not want to sell me. But seeing what happened I am clear that when they signed me they already had the idea of selling me in mind.”
Source: Read Full Article