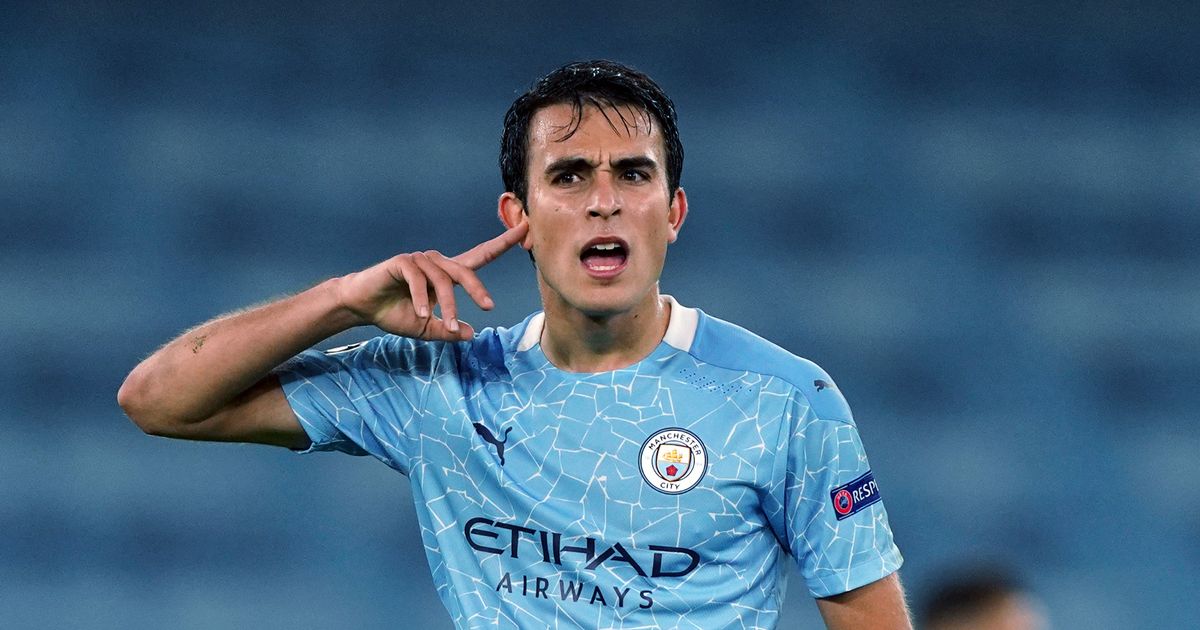 Barcelona are set to re-sign Eric Garcia on a five-year contract when his Manchester City deal expires next month.

Garcia, 20, started his youth career at Barca's famous La Masia academy before completing a move to City in 2017.

The Spain defender became an important member of Pep Guardiola's side last season, racking up 20 appearances in all competitions.

But after falling out of favour this term, largely a result of John Stones' revival and the signing of Ruben Dias, he is now poised to depart the Etihad and head back to Catalonia when his contract expires on July 1.

Barca will hand their former youth star a five-year deal which includes a £343million release clause, which will be the second free agent they have taken from City this summer.

The Spanish club are also set to sign Sergio Aguero when his contract expires, agreeing a two-year contract with the Argentina striker.

And Liverpool midfielder Georginio Wijnaldum is another soon-to-be free agent reportedly heading for the Nou Camp this summer.

Barca will hope that the trio can help propel Ronald Koeman's side back to the top of European football in the 2021/22 campaign.

Aguero is determined to lead them back to glory, waxing lyrical about joining "the best club in the world". "We all know that Barcelona are the best club in the world," he said after confirming his free move to Barca on Sunday.

"I think I made a great decision to be here and of course it is a step forward in my career.

"I am really happy and hopefully I can help the team to win things."

Barca will look to improve on a disappointing season under Koeman, which saw them finish third in La Liga and crash out of the Champions League at the last-16 stage.