Barcelona players feel weak and shy around Lionel Messi, Rivaldo has claimed. The Argentina international struggled as the Catalan giants were thumped 8-2 by Bayern Munich on Friday night. And Barcelona have now been urged to re-sign Neymar from Paris Saint-Germain, three years on from his controversial departure to the Parc des Princes.

Barcelona saw their hopes of Champions League glory come crashing down on Friday night, with Bayern Munich hitting EIGHT past them in their European tie.

It was a rough night for Barcelona, with Messi cutting a dejected figure in the dressing room at half time.

And Rivaldo has now called on the La Liga giants to re-sign Neymar, insisting players currently feel ‘weak’ and ‘shy’ playing alongside Messi.

The Brazilian said: “Neymar is the right player for Barcelona, he has a strong personality and he doesn’t care that Messi is by his side. 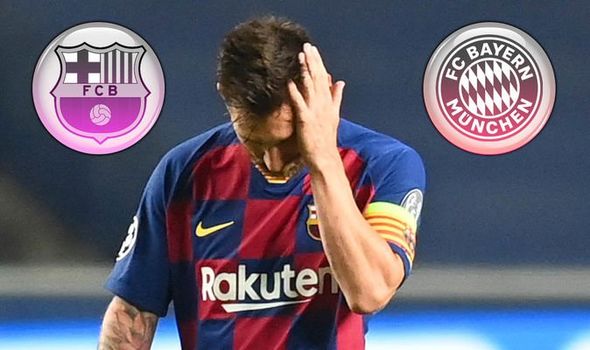 “Unlike other players who feel shy and weak next to Messi,  Neymar has a great personality.”

The club paid £142m to sign Coutinho in January 2018 but the Samba star has no future at the Nou Camp and, ironically, was at the double on Friday night.

Barcelona have never seen Ousmane Dembele realise his potential since his 2017 move from Borussia Dortmund, with the France international regularly sidelined by injury.

And Antoine Griezmann has endured a wretched first year at Barcelona after arriving from Atletico Madrid last summer. 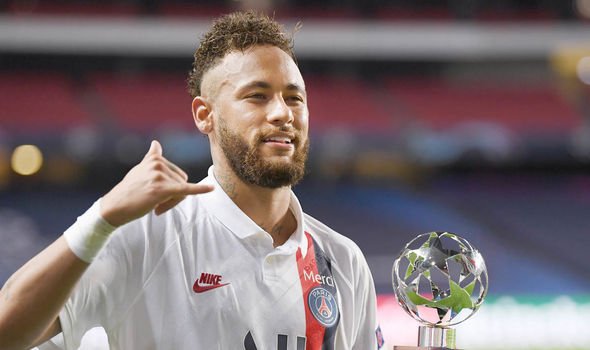 Rivaldo said: “The problem with Barcelona is that the club signs players with very high prices but they do not make a difference in the group.”

Meanwhile, Barcelona boss Quique Setien admitted his side were hurt by the humiliating nature of their defeat to Bayern.

The 61-year-old, speaking after what is expected to be his final game in charge, said: “It’s a tremendously painful defeat. They scored more goals that they merited.

“We started pretty well but the power of the opponents, in many phases of the play, overran us.

“I’m not going to talk about what is needed at the club. I’ve been here for just a few months.

“If Gerard Pique says that it’s time for big changes there’s going to be importance to his words.

“It’s time for us to review and take the decisions which are needed for the future.

“I think that right now it’s too soon to be talking about whether I stay at the club or not.

“The reality is that it doesn’t depend on me. It’s worth all of us working out what’s important and considering a wide range of things which correspond to a defeat of this importance and which is so painful.”

While Barcelona would like to re-sign Neymar he’s poised to remain at PSG, with Barca unable to afford him at the current time.