Barcelona have inquired into the availability of Tottenham’s Ryan Sessegnon, having been big admirers of him since his days at Fulham.

Their intrigue in the 20-year-old extends back more than two years, since Barca scouts were in the stands at Wembley to watch him in the 2018 Championship play-off final.

Those same scouts had been to watch him at least three times at Craven Cottage during what was his best season to date – having become aware of his emergence as one of Europe’s best prospects at youth level.

Barca have now let that admiration be known in discussions, via intermediaries, over potential swap deals between the clubs this summer, despite Sessegnon’s slow start to life at Spurs.

Sky Sports News reported last month that Barca had offered the likes of Nelson Semedo and Samuel Umtiti to Spurs, while expressing an interest in their beleaguered record-signing Tanguy Ndombele. 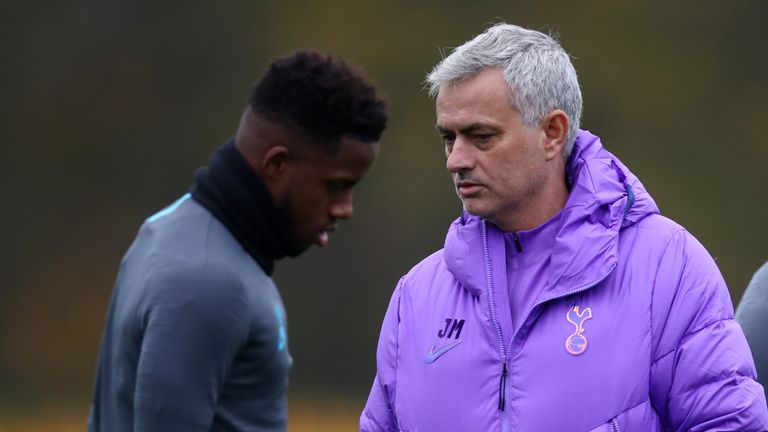 However, Sky Sports News can now reveal that Barca’s interest in Ndombele has cooled after they signed Miralem Pjanic from Juventus.

Although Barca do see Ndombele as another attractive prospect, they still have other midfield options in Frenkie de Jong and Sergio Busquets and are prioritising signings in other areas; notably up-front with the desired signing of Inter Milan’s Lautaro Martinez.

Barca are also interested in bringing in another left-back, however, which has led them to looking into Sessesgnon despite his struggles to get into Tottenham’s team under both Mauricio Pochettino and now Jose Mourinho this season.

He has made only four Premier League starts and 12 appearances in all competitions, after Spurs finally signed him for £25m last summer following a long-term pursuit of their own. They first made Fulham an offer around the time he made his debut as a 16-year-old in 2016 and explored that interest in every subsequent transfer window – and he remains the only left-back they have signed in six years, since Ben Davies joined from Swansea in 2014.