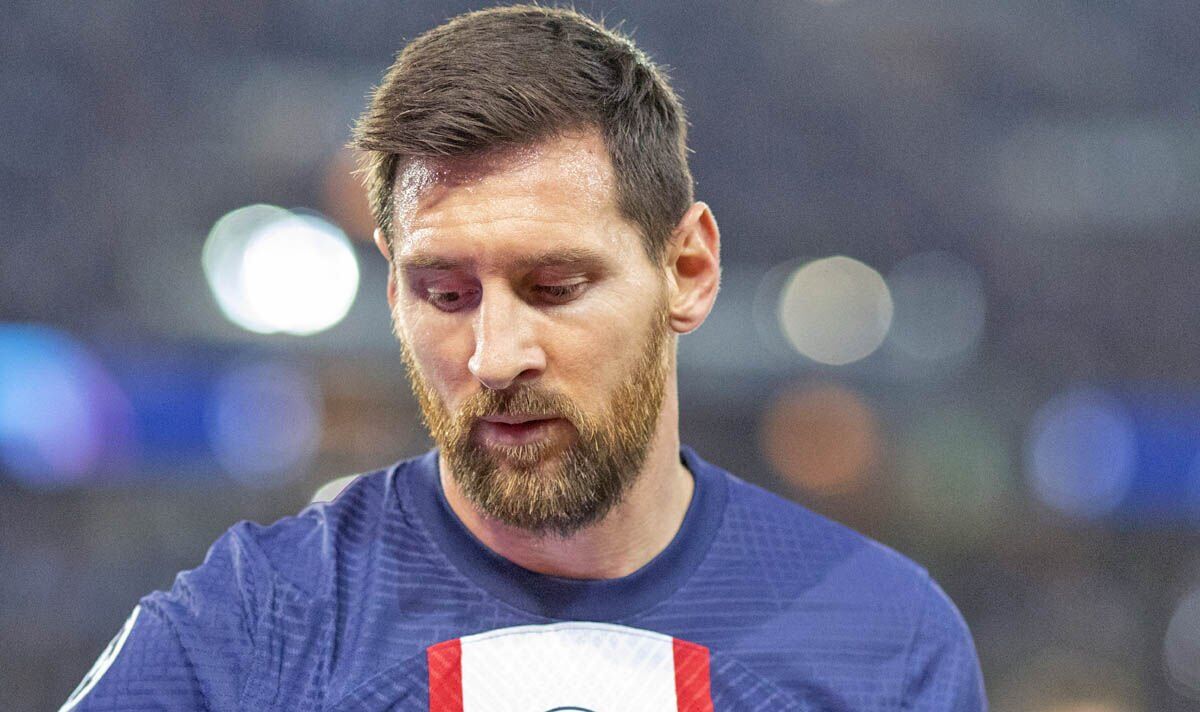 Barcelona have three players currently blocking a potential return for Lionel Messi, according to reports. The PSG star has been linked with a move back to the Nou Camp for some time now, with cries for a Hollywood homecoming growing louder in the wake of his old side’s failure to get out o the Champions League group stages. However, while the 35-year-old is open to returning to La Liga, there’s still no guarantee it will happen.

Barcelona had no choice but to let Messi go for free in 2021, having been unable to come up with the finances required to keep their idol at the Nou Camp for the rest of his career.

The forward is now in his second season at PSG, where he’s dazzling alongside Neymar and Kylian Mbappe with 10 goals to his name this season already.

But, according to the Daily Mail, Messi is open to a sensational move back to Barcelona come the end of the campaign.

The veteran’s family still miss living in the city, regardless of how nice Paris is, and it’s said they’d ‘welcome’ the chance to return to Catalonia after two years away.

And Messi could also return for financial reasons, knowing a move back to Barcelona would be ‘lucrative’ for himself due to the money he’d receive in wages and marketing.

It’s claimed, however, that Barcelona would need to offload the likes of Gerard Pique, Jordi Alba and Sergio Busquets to free up funds for any Messi return.

Busquets is primed to leave on a free at the end of the season, with the Spain international rapidly approaching the twilight years of his career.

Pique’s days at the club look numbered, though it’s worth noting Barcelona were unable to cut him loose despite their best attempts when the summer transfer window was open.

And it was a similar story with Alba, who saw a late loan move to Inter Milan break down – meaning he’s now stuck at Barcelona.

Xavi is thought to harbour doubts whether he could accommodate Messi and Robert Lewandowski in the same side.

WIN A FREE ENGLAND SHIRT FOR THE WORLD CUP!

But the decision on his old team-mate may not be his to make, with Joan Laporta likely to axe the Spaniard if they’re unable too have a successful season this term.

Xavi has already lost credit in the bank after Barcelona failed to qualify for the knockout stages of the Champions League, despite a huge summer of investment.

They lost twice to Bayern Munich while they also failed to beat Inter Milan home or away, either.

And it’ll be interesting to see what unfolds with Messi in the coming months, especially with PSG keen to extend his contract by another year to avoid losing him for free next summer.

Ronaldo moved back to Manchester United last August but has been unable to bring the glory days back to Old Trafford in the time since.

And Nicol said: “You always think you can go back somewhere and it will just click and it will be like old times.

“I’m trying to think off the top of my head one that did work out, and I can’t come up with any. So if I’m Messi, just leave it the way it is.

“Ian Rush, there’s one. Well the difference is, Rushy was 28 I think when he came back [to Liverpool], it’s a little different from being 35, 36.

“So no, I think Messi should leave everything he did at Barcelona the way it is and don’t go back and spoil it.

“Because for me Ronaldo’s spoiled a little bit of his legacy. The fact is he’s sitting on his backside watching. People are going to remember that.”