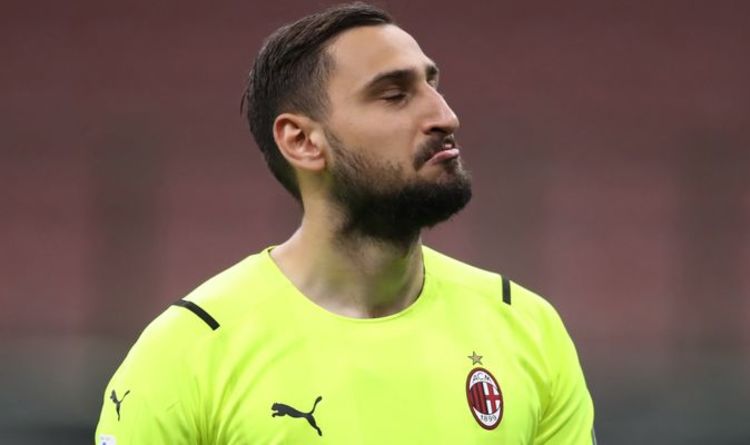 The Italian goalkeeper is currently preparing for the delayed Euro 2020 tournament with his national side but where he will play his football next season is still up in the air.

The 22-year-old has spent his entire career at AC Milan and played 215 Serie A games for the club but is set to leave this summer.

After the club failed to agree on a new deal with the player, it was announced that he would be available on a free transfer after a total of 251 games and 88 clean sheets for Milan.

Ronald Koeman is looking to rebuild his squad after Barca finished third in La Liga amid boardroom upheaval and financial problems that saw uncertainty throughout the season.

It had been a three-horse race for most of the season but just two wins in their last five games saw them fall behind.

JUST IN:
Harry Kane net worth: How many millions England captain has earned 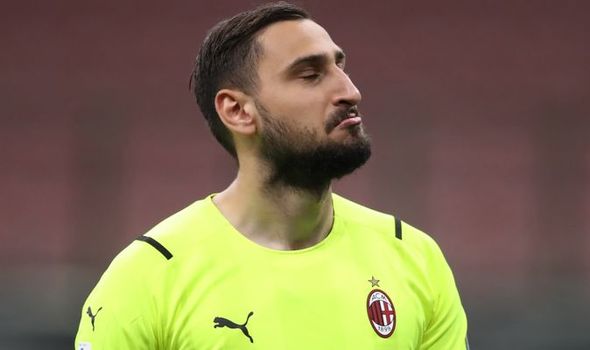 The club have already captured Sergio Aguero on a free transfer from Premier League champions, Manchester City, and Liverpool star Georginio Wijnaldum’s signing is expected to be confirmed in the next few days.

According to Sport.es, Donnarumma is getting increasingly nearer to swapping the San Siro for Camp Nou after Euro 2020 if his social media actions are anything to go by.

The shot-stopper liked a tweet that said: ‘Barça is interested in the signing of Donnarumma to zero cost this summer, according to various media in Spain’.

Koeman may be concerned as his current No. 1, Marc-André ter Stegen is recovering from a therapeutic procedure on the patella tendon of his right knee that he underwent at the end of May.

The German international will miss the European Championships and there are doubts over whether he will be match fit in time for the coming season.

Donnarumma is currently managed by Mino Raiola – the same agent who manages Paul Pogba, Erling Haaland and Matthijs de Ligt among others.

It has been suggested that the player is demanding a  €10 million per year deal with a five-year contract to sign for the Spanish giants.

If the five-time Champions League winners fail to get their man they may look to David De Gea.

The Spaniard’s Manchester United future is increasingly being talked about after some disappointing performances from the 30-year-old and the emergence of Dean Henderson.