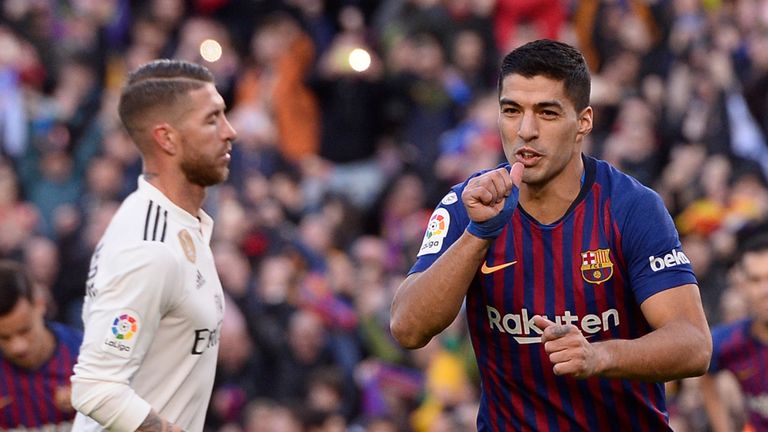 Philippe Coutinho gave the hosts an early lead at the Nou Camp when he met Jordi Alba’s cross (11), and Suarez doubled Barca’s advantage from the penalty spot after being fouled by Raphael Varane (30).

Marcelo gave Real hope five minutes into the second period, but Suarez then met Sergi Roberto’s cross to head in his second (75).

The Uruguayan completed his 12th treble since joining Barcelona with a fine finish over Thibaut Courtois (83) and substitute Arturo Vidal completed the rout from close range (87).

Barcelona host Cultural Leonesa in the Copa del Rey on Wednesday before travelling to take on Rayo Vallecano in La Liga next Saturday.

Real Madrid visit Melilla for the first leg of their Copa del Rey tie on Wednesday before hosting Valladolid next Saturday.