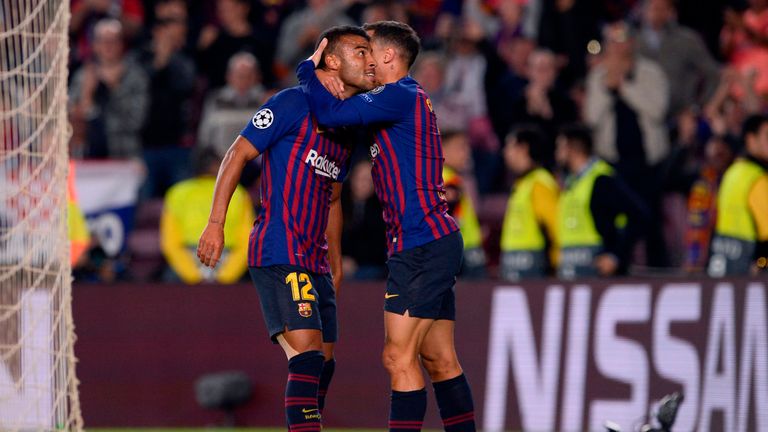 Barcelona closed in qualification for the Champions League last 16 after goals from Rafinha and Jordi Alba handed the hosts a 2-0 victory over Inter Milan.

Rafinha gave Barcelona the lead in the 32nd minute, meeting a fine Luis Suarez cross to hand Ernesto Valverde’s side the initiative.

Inter did have several half chances to score, with their best opportunities landing to substitute Matteo Politano, but the Serie A side rarely threatened Marc-Andre ter Stegen in the Barca goal, before Jordi Alba wrapped the game up eight minutes from time.

The result means Barcelona go three points ahead of second-placed Inter with three games of the group stages left to play.