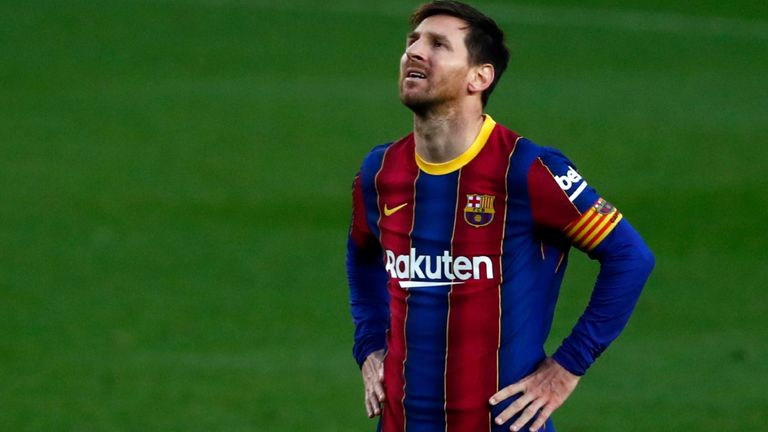 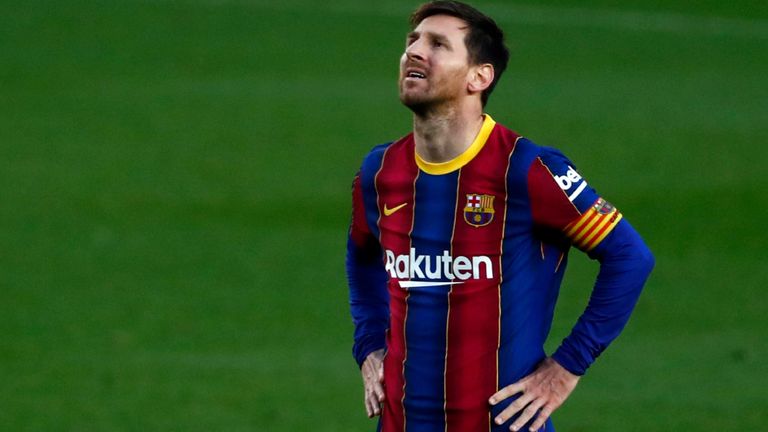 Barcelona blew the chance of going top of La Liga after a shock 2-1 home defeat to Granada.

Lionel Messi had struck his 26th goal of the season with 23 minutes gone to put the Catalans on course for the summit in a compelling title race.

But Darwin Machis equalised on 63 minutes and Granada completed an unexpected comeback 11 minutes from time when substitute Jorge Molina headed in from close range.

Barca, whose coach Ronald Koeman was sent off in the aftermath of the Granada leveller, could have nudged one point ahead of Atletico Madrid but sit two points behind the league leaders Atletico Madrid and behind Real Madrid due to their inferior head-to-head record.

Messi had scored a fifth goal in his last four matches with a low cross-shot from inside the area after being teed up by Antoine Griezmann.

But the Argentine playmaker will rue what proved a crucial moment – not only in the game but potentially the title race – soon after as he spurned a one-on-one chance to beat Granada goalkeeper Aaron Escandell inside the area.

The visitors scored with both their shots on target at the Nou Camp, first through Machs on a counter after Oscar Mingueza failed to cut out Luis Suarez’s through-ball.

Koeman was soon ordered from his dugout by referee Pablo Gonzalez Fuertes for his complaints to the officials and his night got worse when Molina headed in Adrian Marin’s pinpoint cross to secure a first win at Barcelona for Diego Martinez’s side.

“We lost our focus in the second half and made errors at the back,” Koeman said.

“We need to accept the fact we’ve lost, that’s the reality of things. We had chances to win the game, but that’s that. We’ve got five more games to go and each of the sides (in the title race) will have difficulties in the schedule.

“We now need to prepare ourselves for Sunday’s game (away to Valencia). We’re still in the mix and have a chance. We need to accept this, move on and prepare for the next one.

“We tried but weren’t able to make many chances when they scored their goals. They closed shop well and we couldn’t create.”