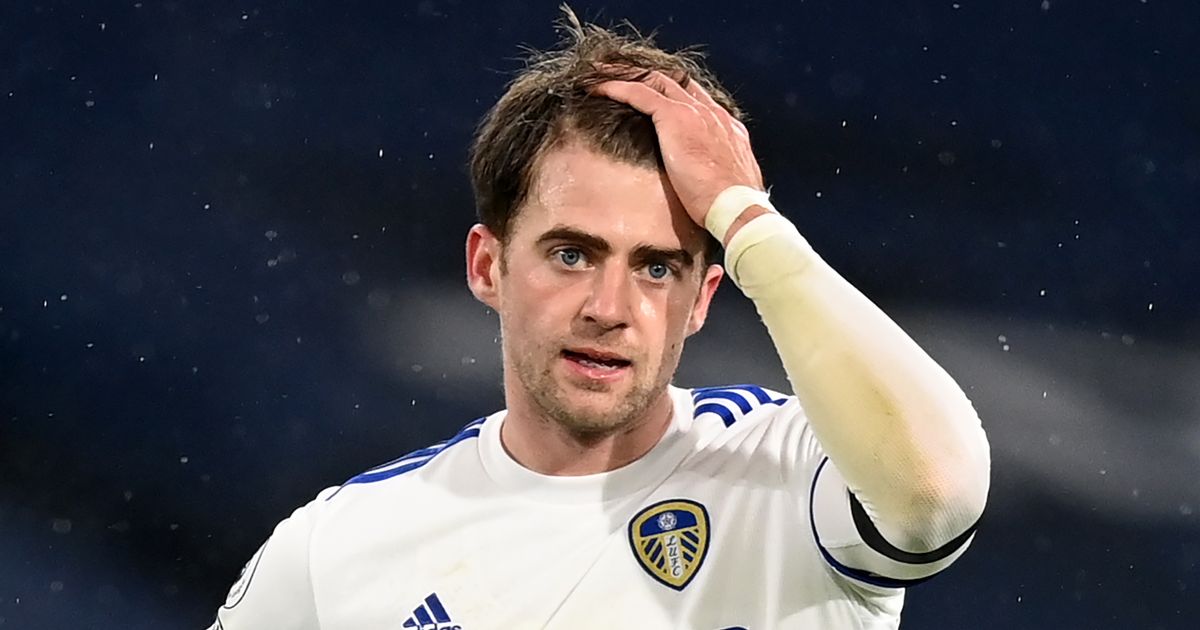 The forward has been a leading star in the Whites’ Premier League campaign, scoring 14 goals ad making eight assists in 33 games.

And the 27-year-old is a favourite off the pitch too for his charismatic interviews, most recently picking apart the European Super League.

But Bamford has been left sweating after an awkward accident involving Bielsa in the latest training session.

Speaking on the That Peter Crouch Podcast , the Leeds star said: “There’ve been a couple of times when you’re knackered, running your balls off, and he’s still asking for more – you want to just turn round and say, ‘p*** off’, but you’re a bit scared and hesitant, so you just end up shouting something.

“There was a time this season when we were doing a crossing drill. He always positions himself in kind of an awkward place.

“The ball’s come in and I’ve connected with it so sweetly on my left foot. It’s near the top corner, he’s stood right inside the goal.

“I’ve not seen him, I’ve just hit the ball and I’m not joking you – it’s come flush, straight off the bridge of his nose.

“All I see is his glasses fly about 10 metres and him hold his nose. He walked off holding his nose, and I was like, ‘sorry, sorry, sorry’, obviously s*** myself… he’s gone, a little bit angrily, ‘de nada, it’s nothing’.

“It ruined the rest of my session because I’m panicking thinking, ‘what have I done’.

“He walked past me five minutes later and he had a big cut across his nose.

“I don’t know if you’ve noticed in the last few weeks when he’s doing an interview, he’s using the same glasses and they’re not straight – they’re wonky.

“I feel bad, I should really get him a new pair, but I’m scared to bring it up again.”

That Peter Crouch Podcast is available now on BBC Sounds

READ MORE:Leeds' plan for Bruno Fernandes worked a treat – and other teams can take advantage