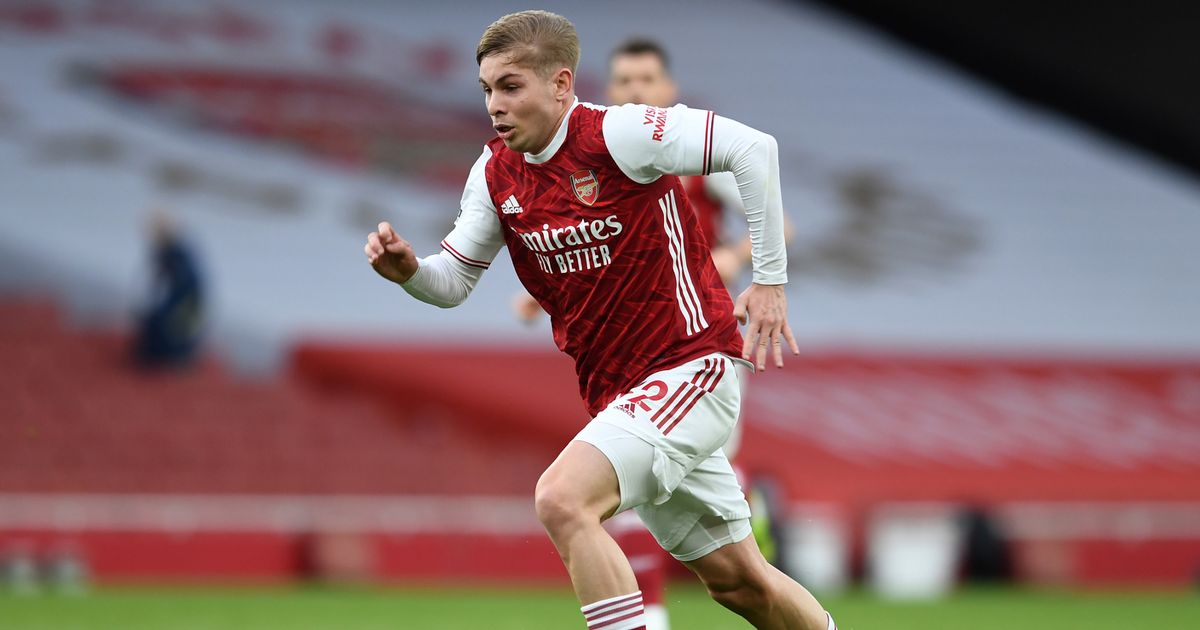 Aston Villa are weighing up a move for Arsenal midfielder Emile Smith Rowe and Norwich City's Emi Buendia ahead of the summer transfer window.

Smith Rowe has impressed for the Gunners this season, scoring four goals and producing seven assists in all competitions.

Although Mikel Arteta's side could only secure an eighth-placed finish in the Premier League, Smith Rowe was certainly one of the club's standout performers over the course of the campaign.

The Croydon-born midfielder is under contract at the club until 2023, though a new deal is yet to be agreed for the youngster.

Despite this, Arteta has insisted that talks are in place for an agreement to be reached.

"We are going to have that discussion," Arteta told Sky Sports.

"I think Emile has earned the right to look at that situation because of the performances that he has produced. He's very much engaged and wants to continue with us, that's for sure."

Should Arsenal allow Smith Rowe to leave? Comment below.

Another option the West Midlands side are considering is Buendia, according to a report by the Telegraph.

The Argentine midfielder is a player who Arsenal are believed to be hoping to sign this summer, with the Canaries valuing their star man at £40m.

Buendia came close to leaving Norwich last season and is in demand once again ahead of the new season.

But despite interest from fellow Premier League sides such as Arsenal and Villa, the Canaries' boss Daniel Farke is hopeful the 24-year-old will remain at Carrow Road.

"He has been unbelievably important for us during the past season and as long as we have him it is a joy to work with him, to have him in the team and for our supporters.

"You have to love his creativity and skills. Hopefully, he can shine also in the future for us."

READ MORE: Arsenal looking to bargain bucket to secure £7million goalkeeper after missing out on Europe