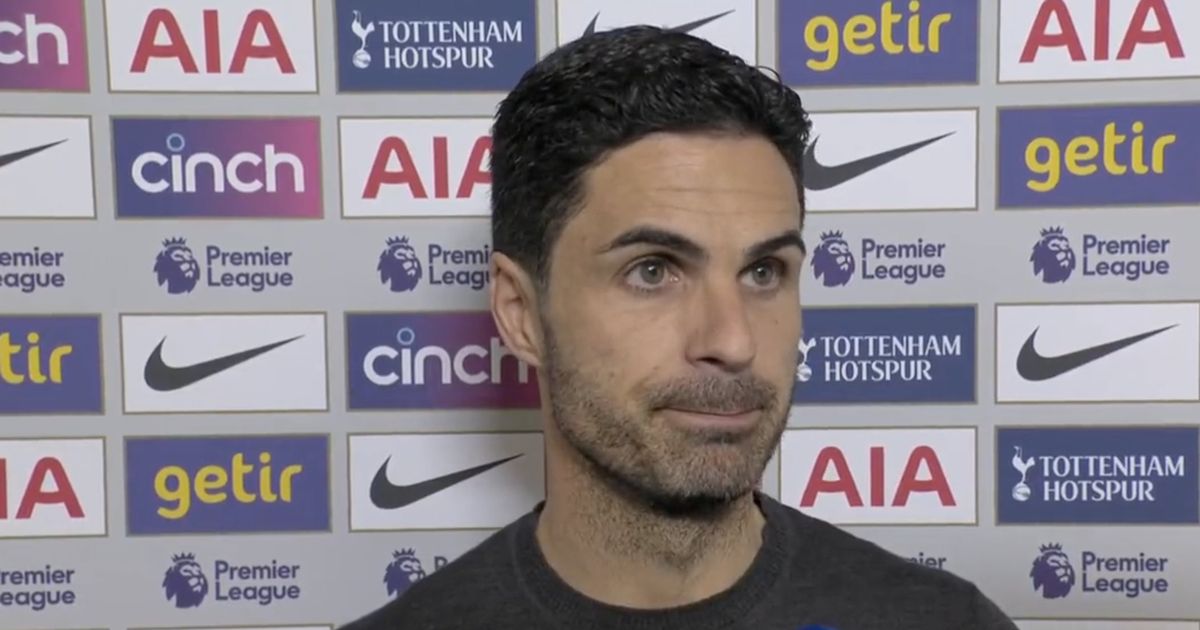 Arsenal boss Mikel Arteta channeled his inner Jose Mourinho by refusing to speak about referee Paul Tierney's performance after his side were thumped 3-0 by Tottenham.

The Gunners headed into Thursday night's north London derby knowing that they could officially clinch a top-four finish with a win. But a brace from Harry Kane and a second half strike from Son Heung-Min was enough to down Arsenal, who had Rob Holding sent off in the 34th minute.

Holding was given his marching orders after picking up two cautions in just seven minutes – leaving Arsenal with a mountain to climb. The Gunners found themselves 1-0 down before Holding trudged off the pitch after Cedric Soares was penalised for a barge in the box.

And the decisions of the officials left Arteta raging after the match; so much so that he accused Tierney of 'destroying a beautiful game'. But he refused to outright criticise the performance of the referee – insisting that he'd be "suspended" if he gave his verdict on some of Tierney's decisions in a sensational post-match strop.

"If I say what I think I am suspended six months. I am allowed to give my interpretation of what I thought, but I do not like to lie," Arteta told Sky Sports. When he was pressed to explain, the Spaniard added: "I cannot say what I think, I will be suspended."

However, when he was asked if he blamed his players for the disappointing result, Arteta made his feelings clear. He added: "I am not unhappy with my players. I am so proud of my players. I want the referees to come in front of the camera and explain his decisions. It’s a shame because such a beautiful game was destroyed today."

Do you think Arsenal will still come out on top in the race for the Champions League? Let us know in the comments section.

His post-match rant immediately drew comparisons to Mourinho's infamous interview during his Chelsea days. The Portuguese chief hilariously insisted that he couldn't comment on the match, repeating: "If I speak, I'm in big trouble."

Despite Thursday night's sobering result, Arsenal's fate is still in their own hands. The Gunners will pinch the final Champions League spot ahead of Tottenham if they manage to win their two remaining league games – and Arteta immediately turned his attention to Monday's crunch clash with Newcastle.

He said: "This game is history. Now it’s Newcastle. This is gone. It went out of our hands and we have to accept it. Now we need to be the team that you saw from the beginning. You lose a football match in the conditions we lost them. It’s painful. But we have a huge match on Monday so we will try to beat them. We have two games to play each. It’s in our hands and now we have to do our jobs. We showed from the beginning in this game."