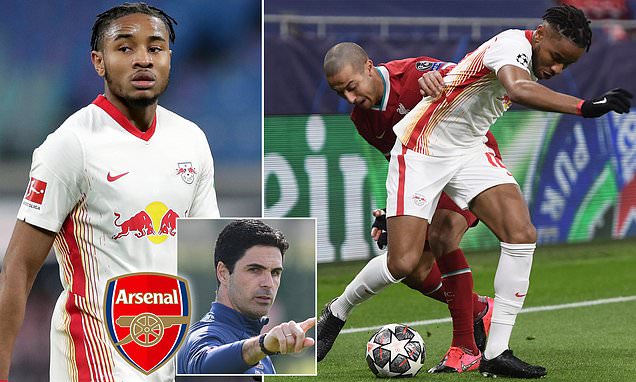 Arsenal are set to rekindle their interest in Leipzig winger Chrisopher Nkunku this summer, according to reports.

The Gunners have been fans of the Frenchman for many years – going back to his time at Paris Saint Germain – and are now ready to return to the table for the 23-year-old to add some firepower to Mikel Arteta’s options on the wing, as reported by Sky in Germany.

Nkunku continues to go from strength to strength in his early career and has impressed this season with seven goals and six assists in all competitions. 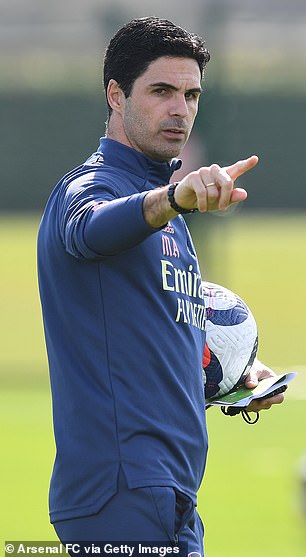 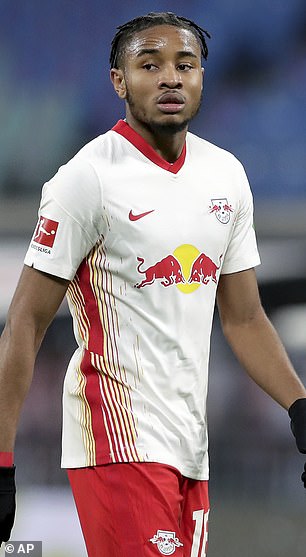 Arsenal are set to revive interest in Christopher Nkunku (R), with Mikel Arteta (L) keen to add to his options in midfield

His displays are said to be attracting a host of interest from a host of elite sides in Europe, with Real Madrid reportedly in the running for his signature too.

Earlier this year French media reported that Los Blancos were quoted £27million for Nkunku with Zinedine Zidane believed to be tracking his progress with a handful of his players ageing and facing uncertain futures.

Nkunku had a season to remember in the last campaign too – notching five goals and 13 assists in the Bundesliga – and Leipzig will be facing a battle to keep hold of him, along with a number of their top stars.

Having lost star forward Timo Werner to Chelsea for £53m last summer, the German outfit are expected to receive bids for midfielder Marcel Sabitzer – with Tottenham interested – and centre back Ibrahima Konate has been heavily linked with Liverpool. 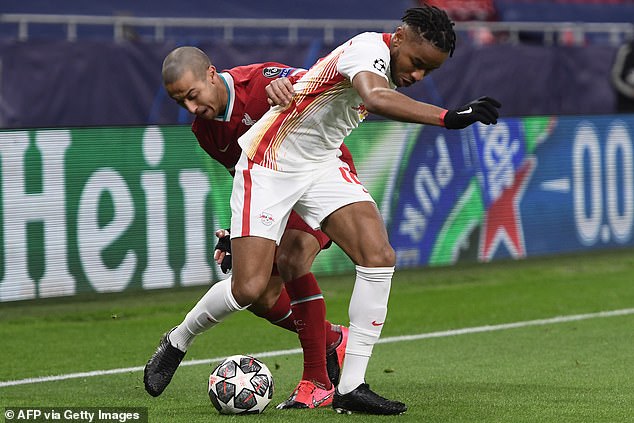 The club have already sold star defender Dayot Upamecano to rival Bayern Munich, so they will be desperate not to lose another big name in Nkunku.

While he is making a name for himself at club level, he is yet to receive his first cap for France – although he has represented his country at various youth levels, including U19, U20 and U21.

He came through the ranks at PSG before making his senior debut for his boyhood side in 2015. He made a total of 78 appearances for the Parisiens – scoring 11 goals – before opting to join Leipzig in 2019. 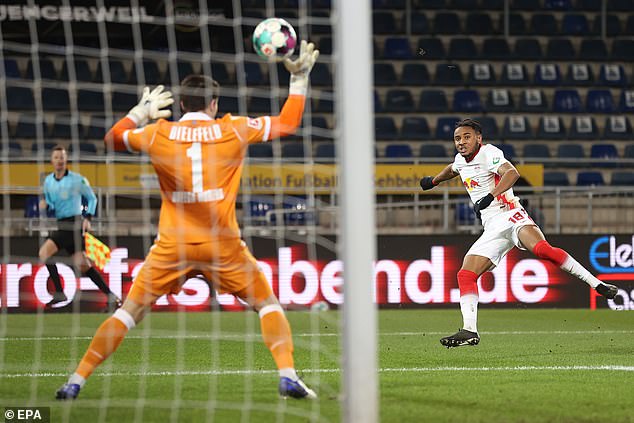 He has notched six goals and seven assists this term, with Real Madrid said to be keen on him

The Gunners were said to be mulling over a move before he left for Germany, but at the time Nkunku was happy he had made the right decision – admitting he wasn’t getting enough minutes in Paris.

‘I wouldn’t say it was easy for me to leave PSG,’ he told Kicker. ‘But I had to go for the sake of my development. I wasn’t playing enough in Paris. I made the right decision.

‘The package here in Leipzig is perfect: the structures, the philosophy, the sporting objectives, the opportunities which young players have to grow at this club.’