Arsenal and Liverpool the best bet for goals, Man United striker Anthony Martial in a 37/1 shot plus all the Premier League odds and predictions

Arsenal against Liverpool is the big game this weekend and by Saturday night we might have an idea of whether Unai Emery has a chance of keeping his side in the top four after climbing back in with a remarkable run of victories.

That run ended at Crystal Palace last Sunday, a result that ruined our nice-looking line of four aways, but the blow was softened by Brighton winning 1-0 at 8/1, Roberto Pereyra breaking the deadlock against Huddersfield at 7/1, Manchester City winning by a one-goal margin at 3/1 and, of course, five homes romping in at a terrific 25/1.

Fingers crossed for more of the same this weekend. Here’s our game-by-game guide to Saturday and Sunday – all kick-offs 3pm unless stated.

It’s a tough one to kick off the latest round of top-flight tussles but with cash to splash after last week’s winners we might as well give it a go. Over the past half a dozen games only Manchester City, Liverpool and Arsenal have picked up more points than Bournemouth and during that time Eddie Howe’s side have scored more goals (13) than Manchester United (11) and conceded fewer (seven to their 10). The Cherries are unbeaten on their own patch this term and you have to go back to the middle of April for the last time a visiting team took full points. That team was Manchester United but the 21/20 on offer for the same again doesn’t hold too much appeal. Plenty will fancy Betfair’s 14/5 for a home win but any score draw – United have still only kept one clean sheet this season – is the one for us and is 18/5 with Bet Victor. Over 3.5 total goals could be a good safety net and that’s 2/1 – the same price as the sharp-looking Anthony Martial is to score at any time. Callum Wilson is a bit better at 23/10. 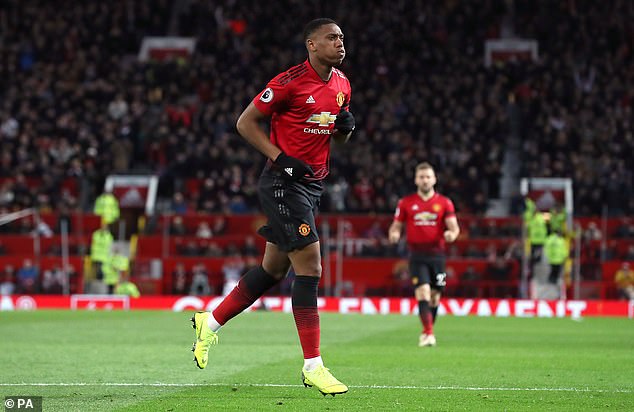 A difficult and emotional week for Leicester will end with this game going ahead – a decision made by the players and backed by the family of Vichai Srivaddhanaprabha, the club owner killed along with four others when his helicopter came down outside the King Power Stadium last Saturday night. It’s impossible to know how the players will be affected when they return to the pitch for the first time. They’re 6/5 to get a win – that would be their first in four matches – while Cardiff can be backed at 11/4 with the draw 12/5. Any score draw is 15/4 (Bet Victor).

Brighton have bounced right up the table after three wins on the spin – all by a 1-0 scoreline – but Everton get the nod in this one… just. Brighton’s rotten away record has been highlighted in these pages before and although they’ve won at Newcastle since, getting a result at Goodison won’t be quite as easy. Everton created chances but couldn’t convert them at Manchester United last weekend – with Theo Walcott, Gylfi Sigurdsson and Bernard all guilty. They had won three straight in the league – against Fulham, Leicester and Crystal Palace – before going to Old Trafford and are no better than 4/6 to send Brighton back south with nothing. It’s worth noting that seven of Everton’s last eight Premier League goals were scored in the second half and they’ve been level at the break in seven of their 10 matches so far. The visitors will make it hard so Everton to win after drawing at half-time is worth a look at 18/5 with Bet Victor.

It’s getting easier to back against Newcastle as the unwanted records start to pile up. This could be the first time they’ve failed to win any of their first 11 games of a Premier League season while no team has ever lost their opening six matches. Newcastle will be the first if Watford leave Tyneside with the points and, at just a shade under 2/1 with some bookies, they look value to do just that. The Hornets have now won two in a row, shutting out Wolves and Huddersfield, and were particularly impressive for large spells against the Terriers. Roberto Pereyra sent them on their way last Saturday and he’s worth backing again – 19/5 (Unibet) at any time and 11/2 (Sky Bet/Paddy Power) in the score-win double. 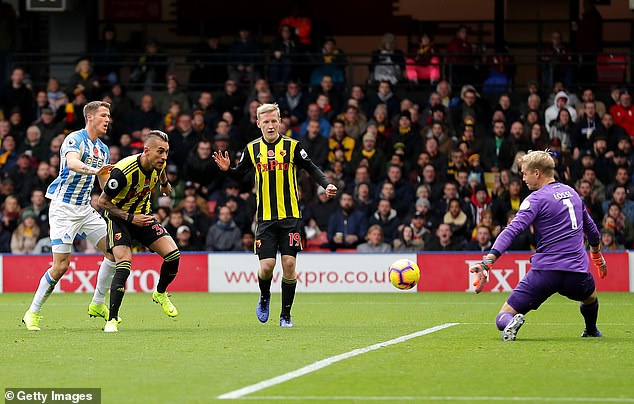 West Ham will be looking forward to welcoming a team that isn’t Tottenham to the London Stadium after the last two games at home ended in victory for Mauricio Pochettino’s men. Burnley won’t offer as stiff a test and it’s worth siding with the hosts (4/5) in this one. Both sides have hit a sticky patch – they both last won on the final weekend of September – but West Ham can get back on track and are worth backing to win minus one goal on the handicap at slightly better than 2/1.

There’s a twisted logic that suggests last week’s draw with Crystal Palace, the first match in 12 Arsenal didn’t win, might have done them a favour. As good as the Gunners’ run was, critics (and Spurs fans) have been quick to point out that they ‘haven’t played anybody yet’, meaning they haven’t faced a top-six rival – not since losing the first two games of the campaign to Manchester City and Chelsea. Fluffing their lines before the Liverpool game has probably taken a bit of pressure off. Liverpool had their own string of wins earlier in the season although it wasn’t quite as long (seven games) and since it ended, away from home, they’ve scored just two goals in their last three in the league. Can Arsenal take advantage? They’ve worked their way back into the top four, but only by getting results in games like this will they stay there. Overall, through the first 10 games, Liverpool’s away record is on a par with Arsenal at home but over the past few weeks it’s the Gunners who shade it. They are 14/5 (bet365) to hand the Reds a first defeat of the campaign and 9/2 to win with both teams scoring. 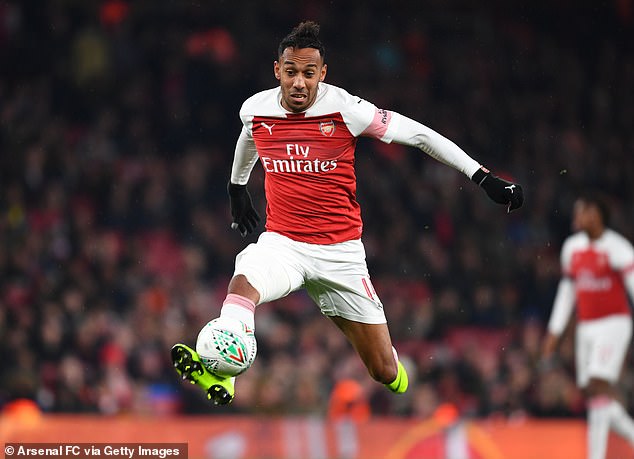 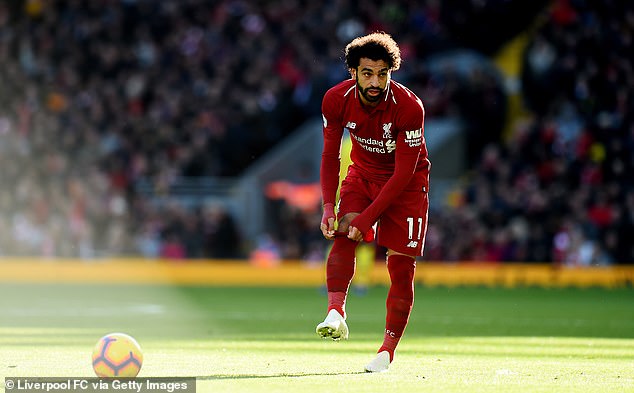 Can Wolves add their name to the list of clubs to have beaten Tottenham this season? It’s a good one. Liverpool, Manchester City, Inter Milan, Barcelona… and Watford. A few weeks ago they might have joined that illustrious bunch – they’ve held both Manchester teams since returning to the big time – but defeats by Watford and Brighton in their last two knocked the wind out of their sails. Simply scoring would be an improvement as they drew a blank in both of those games and have never failed to score in three in a row under Nuno. Spurs have also been a bit shot-shy – having just four attempts on goal against Man City on Monday night, but we’ll be on them to outscore their opponents at Molineux. They’re 13/10 (Wolves are 12/5) while an away win by a one-goal margin is 3/1 with most bookies and correct-score backers could try 2-1 to the visitors at 9/1 (bet365).

Charlie Austin this week predicted a goal rush for Southampton – who haven’t scored in the Premier League since September 17 – once they do manage to hit the net. He’ll probably have to wait. City haven’t let one in in the league since beating Newcastle 2-1 on September 1 and in that time have scored 16. So Austin might well witness a spree but it’ll be at the opposite end of the pitch. The league leaders are 10/11 to win with over 3.5 total goals in the game or 15/8 to with over 4.5 (both Betfair). Raheem Sterling is 9/2 with a few firms to celebrate his £300,000-a-week deal by scoring the opening goal.

Since returning to the top flight in 2013, Crystal Palace have finished 37, 39, 8, 52 and 26 points behind their capital rivals Chelsea in the final Premier League table. So it’s surprising that, in the 10 games played in that period, the score is 6-4 to the Blues and only once, Chelsea’s 3-0 win at Selhurst Park in January 2016, has the outcome been settled by more than a one-goal margin. It’s hard to see this one being close though with Palace’s point against Arsenal last time out the only thing they’ve taken from their last four. They also crashed out of the Carabao Cup to Middlesbrough in midweek. The same night, Chelsea saw off Derby and scored three goals or more for the fourth time in their last five games. Maurizio Sarri’s men are 21/10 to win minus two goals on the handicap. 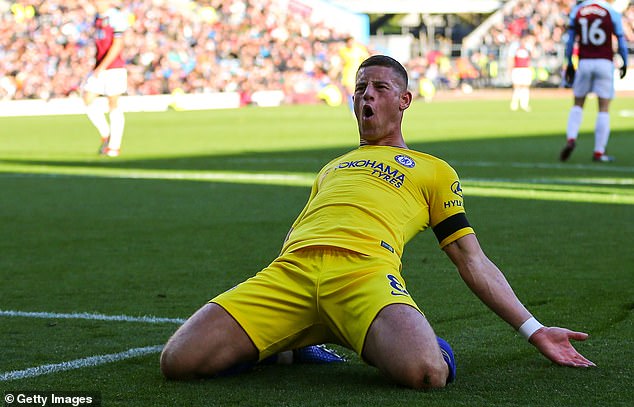 BEST BETS FOR THE WEEKEND