The hardest deal is done as Arsenal secured Pierre-Emerick Aubameyang on a three-year deal in a major boost to Mikel Arteta. It is unclear how much of an impact it will have on recruitment, but the Gabonese striker staying at Arsenal will surely attract the best talent in Europe to join the revolution at the Emirates.

There is money to spend, but Arteta appears to need to sell in addition to the funds handed down by the owners, with two big-money signings possible before the end of the transfer window.

Here are the latest transfer rumours, done deals and more surrounding the Emirates.

MUSTAFI COULD BE SOLD THIS SUMMER

Arsenal are open to selling defender Shkodran Mustafi before the close of the transfer window, according to the Sun.

The Germany international is one of five players the Gunners could look to move on in the next few weeks. Sokratis, Lucas Torreira, Calum Chambers and Sead Kolasinac are also reportedly deemed surplus to requirements.

Mustafi has struggled for consistency since joining Arsenal from Valencia in 2016 and high profile errors have seen his reputation decline at the Emirates.

The arrival of Gabriel Magalhaes, who impressed on his debut against Fulham, means Mustafi is no longer needed.

Arsenal also want to raise more funds to strengthen in other areas of the pitch.

Some big news concerning Arsenal’s closest rivals. Gareth Bale appears to be on his way back to Tottenham:

ARSENAL COULD OFFER LOAN BACK OPTION IN BID FOR BRENTFORD GOALKEEPER

Arsenal could offer Brentford the option of a loan back in any deal to sign goalkeeper David Raya, according to the Athletic.

The Gunners are searching for a new backup goalkeeper after selling Emiliano Martinez to Aston Villa.

Raya has been identified as a target, but Brentford are unwilling to sell.

Arsenal, in an attempt to persuade the Championship club, could include the option of a season-long loan in the proposed transfer.

Former Aston Villa defender Alan Hutton has claimed the £20m signing of Emiliano Martinez from Arsenal could be a problem for Tom Heaton.

The 34-year-old, who suffered a season-ending injury midway through last season, is out of favour under Dean Smith and could find a place in the starting XI even harder to come by following Martinez’s arrival.

“I mean he’s signing for £20million, we’re talking, so in my opinion it seems like he’s coming in as number one at the moment,” Hutton told Football Insider.

“Tom Heaton must be sitting back and wondering: ‘What’s going on here? I was brought as a number one, had a serious injury now we’ve got another number one.’

“That’s why he’s left Arsenal, Leno’s obviously their number one, he got a taste of it last season, playing week in, week out and that’s what he wants. To be offered the chance to sign with Villa and be a number two, I can’t see that happening.

“It looks like he’s coming in as number one and yeah, it’s going to be a fight for who’s going to hold onto it.”

Sheffield United manager Chris Wilder has revealed an approach was made for Arsenal striker Folarin Balogun.

Reports emerged that the Blades had seen a bid rejected by Arsenal, who want £15m for the youngster.

And Wilder has confirmed Sheffield United are in the race to sign Balogun.

“We made an enquiry,” he said ahead of his side’s EFL Cup tie against Burnley tomorrow night.

“That’s left with the CEO at our club and at Arsenal.

“We want attributes that suit us at the top of the club and hopefully move us forward.”

Arsenal thanked Emiliano Martinez for his service shortly after his move to Aston Villa was confirmed.

The Argentine was in superb form late last season having stepped in for the injured Bernd Leno.

That earned him a £20m switch to Villa, where he is expected to be first choice.

“Everyone at Arsenal thanks Emi for his contribution to club over the past 10 years and we wish him all the best for the future,” a statement on the club’s website read.

Mikel Arteta has highlighted the importance of Pierre-Emerick Aubameyang’s new contract at Arsenal.

The Gabonese forward had just a year remaining on his previous deal and there was widespread speculation of a potential exit.

But he has now committed his future to the club, to the delight of his manager.

“It was important for Pierre-Emerick to stay with us. He’s a superb player with an incredible mentality,” Arteta told Arsenal’s official website.

“Being the player to have taken the least amount of time to reach 50 goals with this club tells you everything you need to know about him and his way of working.

“He’s an important leader for the team and a big part of what we’re building. He wants to be up there with the best players in the world and leave his mark. He can achieve that here.”

Ex-Arsenal forward Chuba Akpom is on his way to Middlesbrough after a €3m deal was agreed with PAOK Thessaloniki, according to On Sports.

The 24-year-old came through the youth ranks at Arsenal and is now set to return to England after two years in Greece.

Akpom has scored 27 goals in 79 appearances for PAOK, who he signed for in 2018 having failed to make the cut with the Gunners. 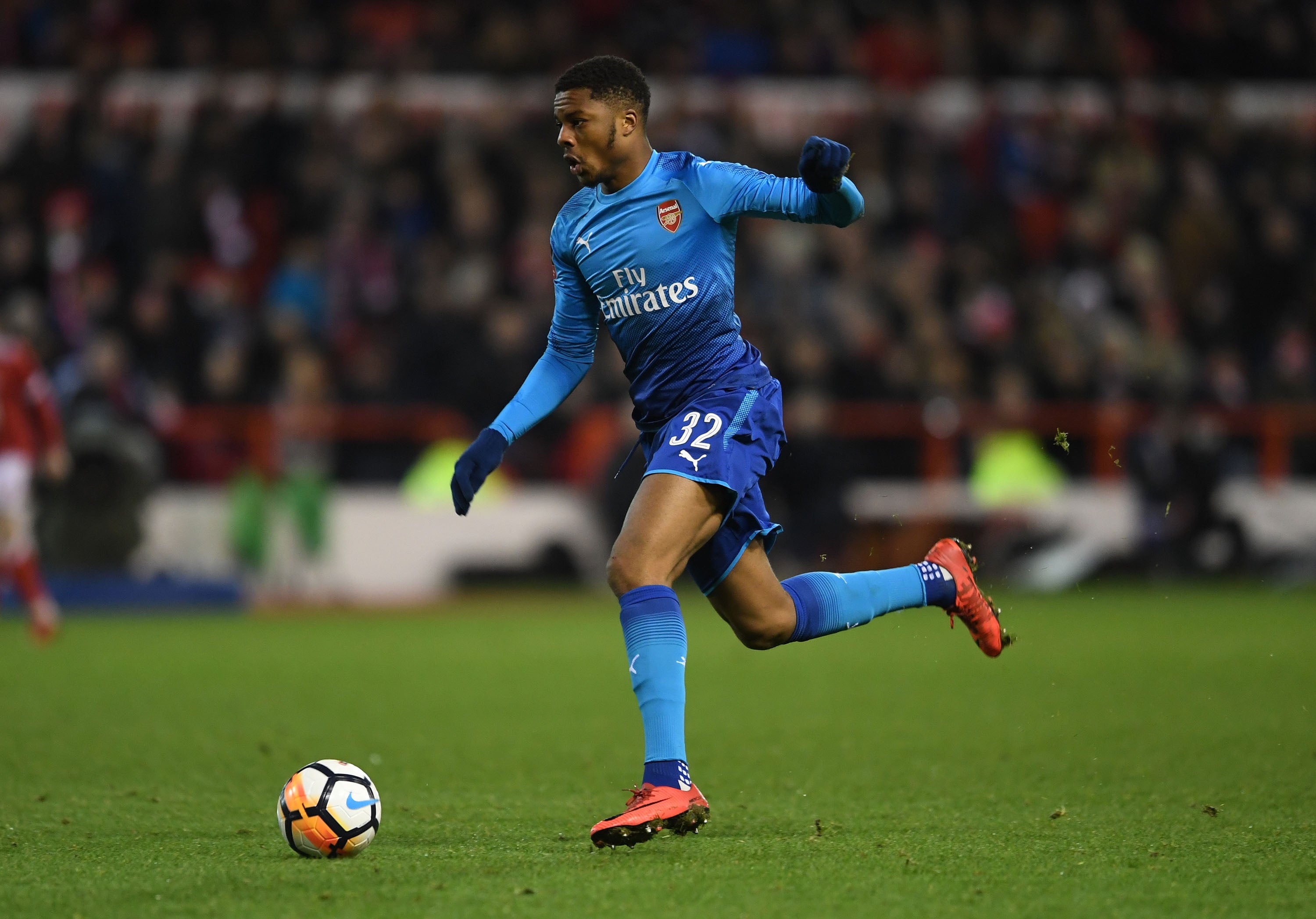 Emiliano Martinez’s Arsenal chapter may have come to an end, but he remains a popular figure at the club.

There were plenty of tributes to the goalkeeper when he wrote an emotional farewell to the club on Instagram before his Aston Villa move was confirmed.

The most notable of them was from Ian Wright, who responded: “We love you Emi. Always one of us.”

Aston Villa have confirmed the signing of Emiliano Martinez from Arsenal.

The goalkeeper joins the club in a £20m deal having impressed with the Gunners towards the end of last season, following injury to Bernd Leno

The latter’s return meant Martinez was again second choice, but his performances have earned him a move elsewhere.

The Argentine leaves Arsenal after ten years at the club.