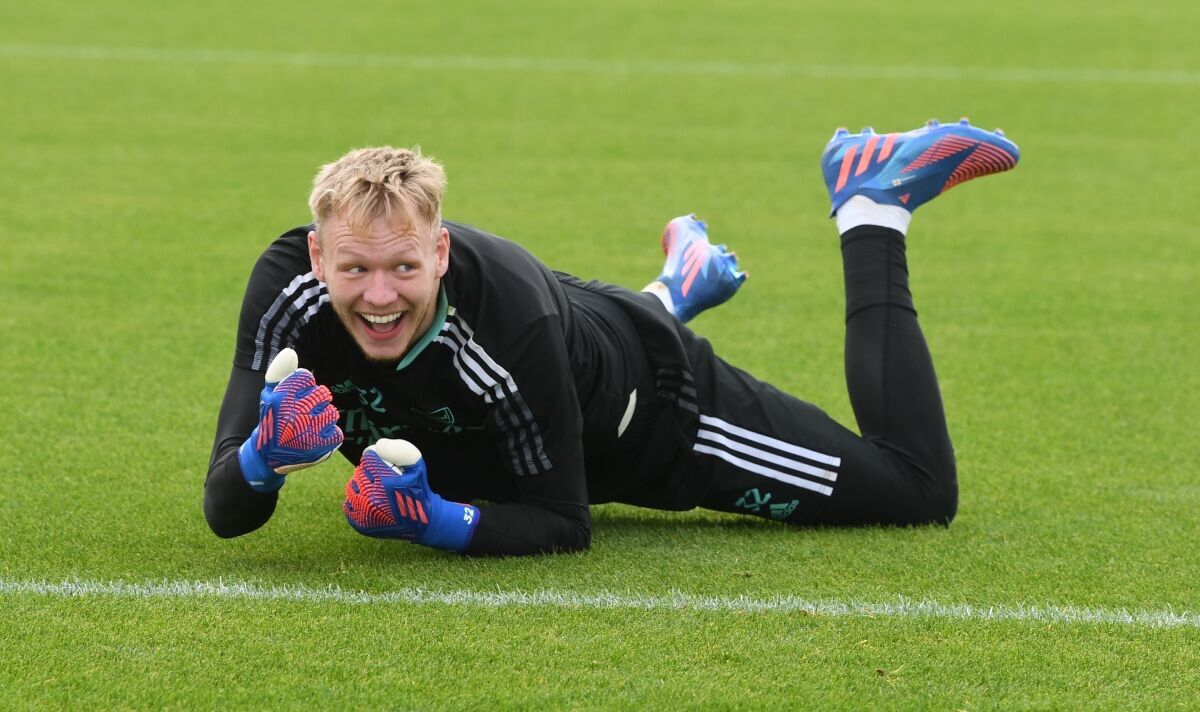 Arsenal and England goalkeeper Aaron Ramsdale has thrown a dig at Sheffield Wednesday after their last-gasp loss to Sunderland in the League One play-off semi final ensured they will play in the third tier for the second year running.

Ramsdale, 23, joined the Owls’ bitter rivals Sheffield United as a 15-year-old following his release from Bolton in 2013. The Stoke-born star moved to Bournemouth for around £1million in 2017, although their relegation and the Blades’ Premier League solidarity meant he returned to Bramall Lane in 2020.

Having spent a total of five years in South Yorkshire, the star has close ties to the club’s fans and history. And after Wednesday conceded in the 93rd minute against Sunderland to go 2-1 behind on aggregate on Monday evening, the goalkeeper further strengthened his bond with fans of the Blades in the form of a mischievous tweet.

“Whoops,” Ramsdale tweeted along with a laughing emoji after Patrick Roberts scored from six yards out to send Black Cats fans into pandemonium. Understandably, Wednesday fans were incensed by the tweet having just lost out on a potential Championship place.

The England international has a previous history of winding fans up with his cheekily-mannered actions. After Bukayo Saka put his Arsenal side 4-2 up away at bitter rivals Chelsea in April, the star turned around to the home support to mock them.

Waving at the Blues fans, they vented their fury at the shot-stopper, much to the delight of Ramsdale. And after also winding up Leicester fans earlier this season, Ramsdale claimed their anger was motivation for him.

“I think it makes me play better, it makes me prove a point, it helps me prove someone wrong,” he told talkSPORT. “It raises my concentration levels. If I’m giving a bit to them and I make a mistake I know I’m going to get absolutely slaughtered.

“I can’t let anything in if I’m giving them a bit of banter.”

Sheffield Wednesday will now prepare for their second season in the third tier, and Sunderland will aim to return to the second tier at the fourth attempt after failing in two play-offs in that time previously.

Sheffield United, meanwhile, take on Nottingham Forest over two legs in a bid to return to the Premier League at the first time of asking.