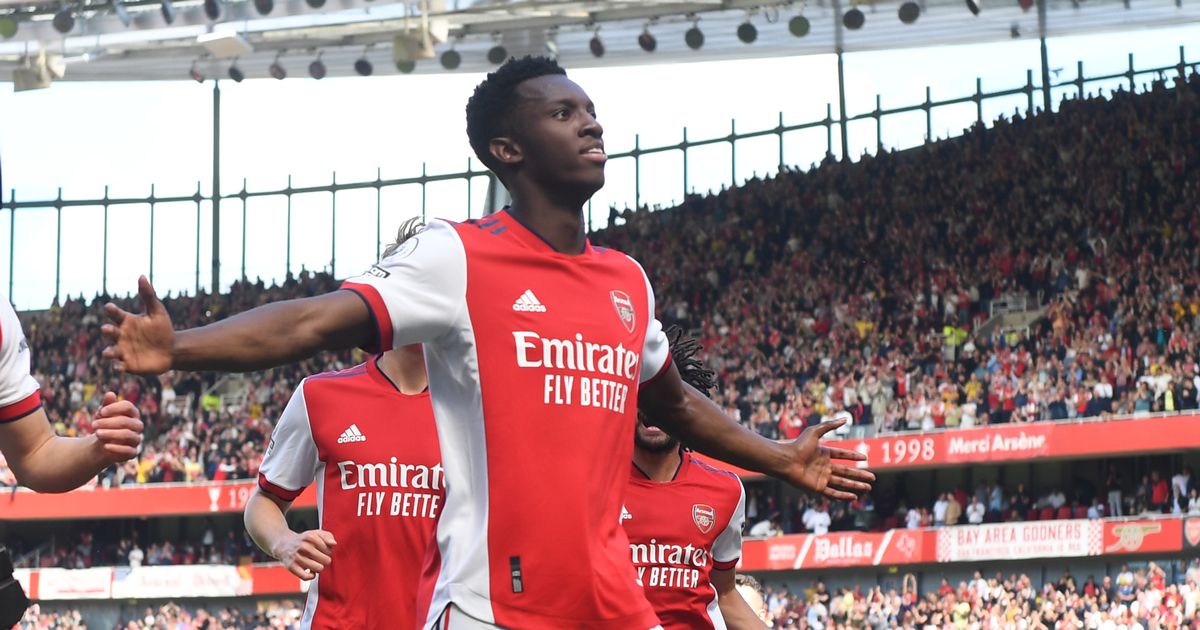 The Arsenal squad's first impression of Eddie Nketiah shows why he is now a regular in the first team at the Emirates Stadium.

Nketiah has become an integral member of Mikel Arteta's side in recent weeks, starting each of Arsenal's last five matches and scoring four goals in the process. The former England youth international joined the club aged 16 after leaving Chelsea's academy before being promoted to the first team in January 2019.

Speaking on Sky Sports, Walcott explained: “I remember when Eddie first came across to the first team, and the first thing that struck me was that he was fearless.

“A very good player, a very good finisher, and of course going out on loan is going to turn him into a better player. I am glad he has got his opportunity now not so much because of his finishing, but because of his pressing and he gets his rewards, like he did against Leeds last week.

“I feel like Mikel (Arteta) is one of those managers that will reward you from what he sees from you in training. I played briefly with him, and he is a hard worker. At the moment, he is reaping the rewards.”

Will Arsenal qualify for the Champions League? Let us know in the comments section below

Walcott and Nketiah played alongside each other four times for Arsenal prior to the former's sale to Everton back in January 2018.

Since making his debut at 18, Nketiah has gone on to score 22 goals in 90 appearances, including Thursday's defeat in the North London Derby. That record includes nine goals in 25 matches this season, with four coming in his run of five consecutive starts heading into the clash with Spurs, having featured in every league match since New Year's Day.

Nketiah was unable to add to his tally for the season at the Tottenham Hotspur Stadium, though, as 10-man Arsenal were brushed aside 3-0 thanks to a brace from Harry Kane and a second half strike from Heung-Min Son.