Arsenal are reportedly on the verge of announcing Bukayo Saka has signed a new long-term contract after months of speculation.

Saka made his debut for Arsenal last season under Unai Emery but his real breakthrough has come this year where he’s made himself indispensable.

Despite being just 18-years-old, Saka has played in multiple positions and continued to thrive.

He’s made 34 appearances in all competitions and contributed 13 goals and assists.

The Hale End academy graduate was approaching the final year of his deal with Arsenal and attracting interest from the likes of Liverpool.

JUST IN: Could Roger Federer follow his idol Michael Jordan and turn 2021 into his own ‘Last Dance’ 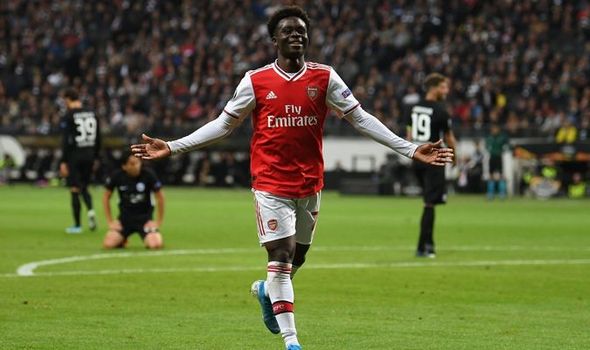 But according to the Athletic, Saka and Arsenal have reached an agreement on a new contract with official confirmation imminent.

Saka is set to start for Arsenal on Wednesday night against Norwich at the Emirates Stadium.

Speaking ahead of the match, Arteta hinted there was good news to come regarding Saka and Folarin Balogun, who is also in contract talks.

He said: “I am not worried because I know that the club is doing their best to try to keep them. 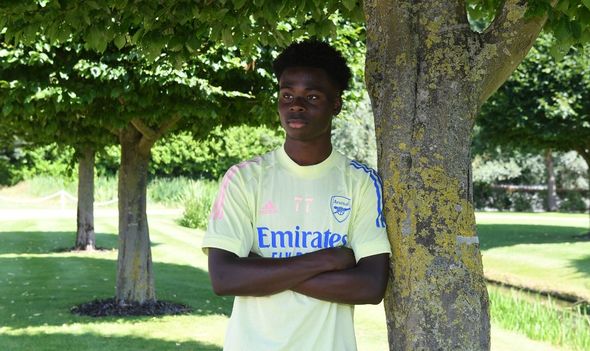 “Hopefully we can have some good news about them very soon.

“They know my opinion on them and how much I like working on them, the intention that I have in the future with them.

“I see them really committed and hopefully we can find the right agreement for both parties and move on, because I think there’s a great future ahead of us with these kids.”

Defender William Saliba will also link up with Arsenal soon after the club failed to reach an agreement with Saint-Etienne to allow him to play in the French Cup final.

In a statement, Saint-Etienne slammed Arsenal for making ‘unacceptable sporting and financial conditions’.

They said: “AS Saint-Etienne was pleased to learn yesterday Tuesday that Mikel Arteta, Arsenal coach, was ready to leave William Saliba at the disposal of the club until the final of the Coupe de France, July 24 next.

“William Saliba had been training for several days with Claude Puel’s group and was obviously very enthusiastic about the idea of finishing his time in Green with such a match.

“Sadly, ASSE, who simply wanted the extension of the initial loan until July 24, could not find an agreement this evening with Arsenal to allow the defender to properly prepare and play this match, the English club imposing absolutely unacceptable sports and financial conditions.”