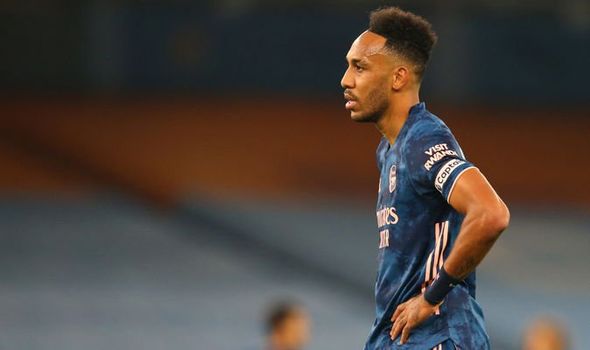 Arsenal suffered a seventh straight Premier League defeat to Manchester City at the Etihad as Raheem Sterling’s first-half effort decided proceedings. The Gunners had first-half opportunities but failed to take them and suffered a familiar fate away at City, though the score-line was less one-sided than it has been on previous visits to Manchester. Express Sport rates and slates Mikel Arteta’s men after their 1-0 loss.

Perhaps should have pushed Phil Foden’s effort further wide of goal but denied Riyad Mahrez on several occasions and also kept out another Foden effort.

Allowed Foden to come inside in the build-up to Sterling’s opener and vulnerable defensively throughout. Didn’t offer much going the other way either.

Replaced Rob Holding after he suffered an injury in the warm-up. Better than his last Etihad outing but positioning in question for the City goal and nearly sliced into his own net to make it 2-0. One brilliant cross almost found Aubameyang late on.

Arsenal’s best player with some crucial interceptions and blocks to keep the visitors in the game. Consistently in the right place at the right time. Perhaps unfortunate not to have won a penalty from a Kyle Walker high foot. 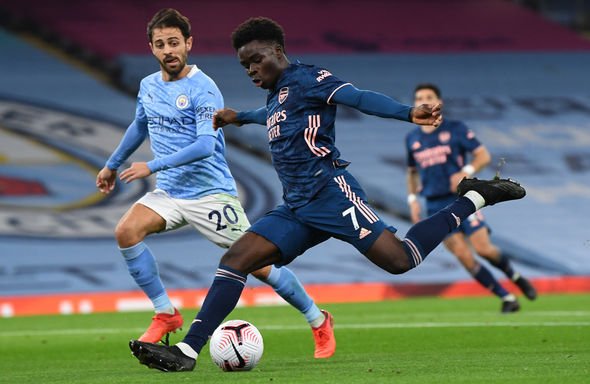 Battled hard but beaten more often than usual in one-on-ones. An ambitious second-half lob had Ederson briefly worried and got forward more than Bellerin on the opposite side.

Should’ve been more alert to Sergio Aguero’s burst in the lead-up to the opening goal. Failed to offer enough protection to the back-line.

Too anonymous from the Spaniard moving forward. Worked hard off the ball, as he does, but didn’t add enough on it for Arsenal.

Arsenal’s brightest attacking player with some troublesome bursts forward. Well denied by Ederson before half time. Influence waned somewhat after the break, though.

Slipped in Aubameyang for his first-half chance but bright sparks few and far between in an underwhelming display. Curled a second-half free-kick wide.

Ineffective playing in an unusual centre-forward role. Looked out of place as a false nine. Replaced by Alexandre Lacazette.

Not his best. Should’ve scored when he was flagged offside, VAR would’ve overruled in favour of a goal. Did feed Saka for a second-half chance but not involved nearly enough. 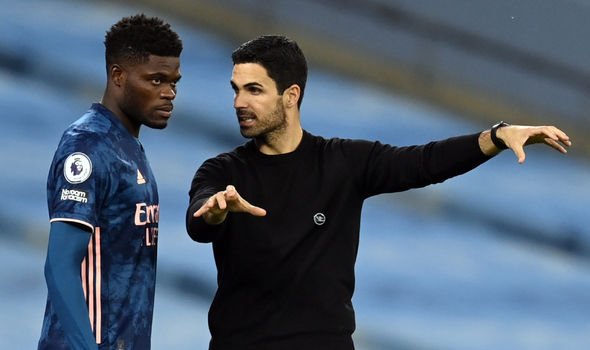 Dropped too deep and struggled to make an impact.

Made his Arsenal debut. Took a free-kick.

Didn’t get much chance to change the game.