Arsenal got their Premier League campaign off to a winning start with a 3-0 victory over Fulham on Saturday afternoon. Alexandre Lacazette opened the scoring in the first half, with Gabriel Magalhaes and Pierre-Emerick Aubameyang on target in the second. Express Sport rates and slates the Gunners after an emphatic win in their top-flight opener.

Nearly fluffed his lines early on but was a calming presence at the back. Arsenal will be happy to have him fully fit again.

A straightforward afternoon for the defender, who has been linked with a move to Newcastle throughout the transfer window so far.

As far as debuts go, it was perfect. A goal capped off a sensational display and he looks like £22million well spent.

An energetic presence, the Scotland international did well. A big season ahead of him. 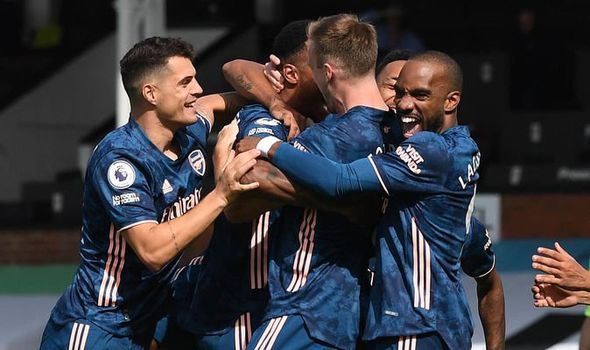 Was full of energy as well and the Spain international looks to be coming good after years of inconsistency.

The Egypt international is back in the fold at Arsenal and back in favour. A solid performance from the midfielder.

Has looked a different player since Mikel Arteta’s appointment as manager. The Switzerland international was strong in the tackle and slick on the ball. 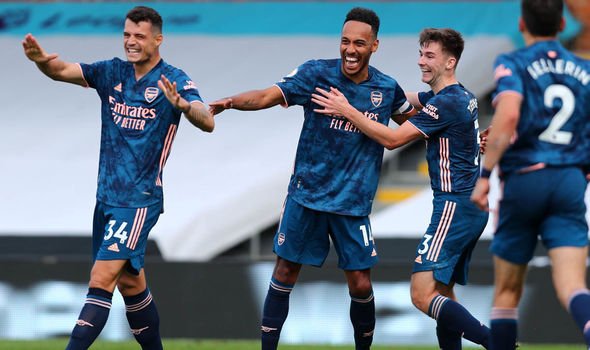 Wasn’t as good as he was in the Community Shield victory over Liverpool but certainly didn’t put a foot wrong. Has been linked with Wolves but will now surely stay.

Two assists for the Brazil international. By doing this, the Arsenal new boy may just make fans forget that he spent seven years across town at rivals Chelsea.

Will be happy with his goal. The France international’s long-term future is up in the air but, in the short term, he could be a useful asset.

How Arsenal must be glad they’ve managed to keep hold of Aubameyang. His goal was beautiful, curling beyond the reach of Marek Rodak and he looked dangerous every time he was on the ball.

Came on late and didn’t do much.

Showed some neat touches but was introduced with the match already in the bag.

Came on with just minutes remaining.

Saints’ Peat carted off, ruled out with ankle injury