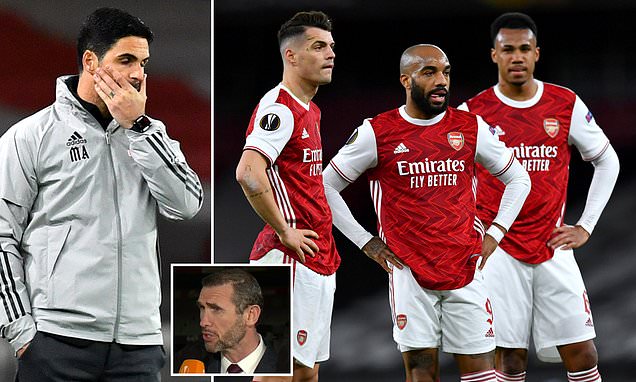 Arsenal ‘need someone to punch them’, claims Martin Keown as he slams their ‘sloppy mistakes’… before Karen Carney says Mikel Arteta ‘looks lost’ after Europa League draw against Slavia Prague

Martin Keown says Arsenal’s players need someone to ‘punch them in the face’ after their dismal display saw them concede an injury time equaliser against Slavia Prague.

The Gunners took the lead in their Europa League quarter-final first leg at the Emirates thanks to Nicolas Pepe’s 86th minute goal, but Tomas Holes levelled at the death to give the Czech side a vital away goal.

Mikel Arteta’s side were wasteful and missed chances to put themsleves out of sight earlier in the game before a poor piece of defending from a corner saw them relinquish their lead. 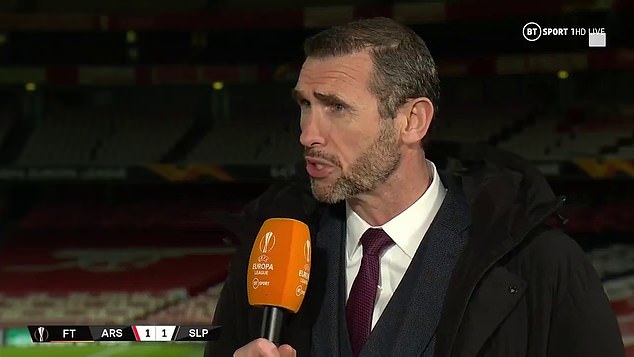 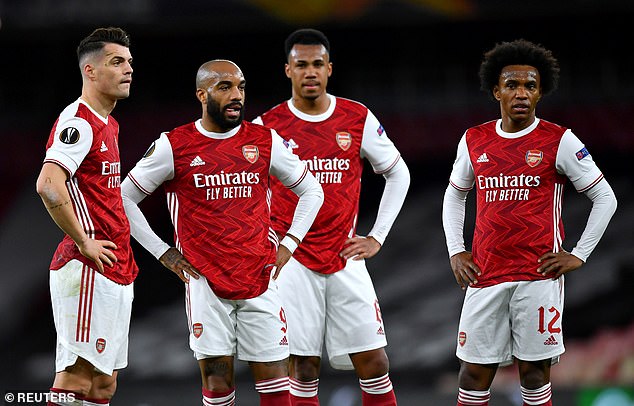 Former Arsenal defender Keown laid into the Gunners for their cagey approach in the first half before they improved after the break.

The pundit claimed it was as if the players needed to be woken up in order to start playing.

‘For me it was about Arsenal tonight and the way they played. By sitting off they chose the wrong tactics,’ Keown told BT Sport.

‘There was an opportunity to take the initiative and ask questions, can you play? But they were allowed to settle and build from the back. 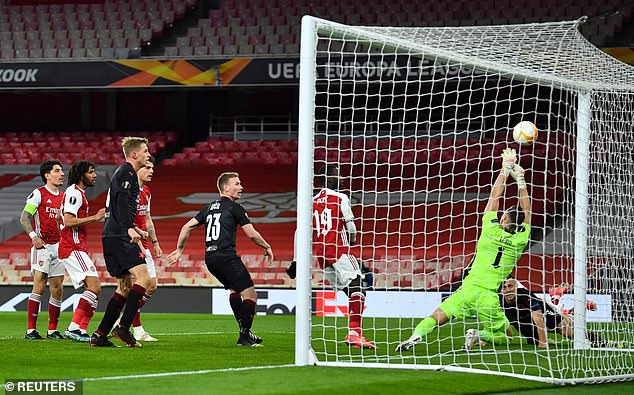 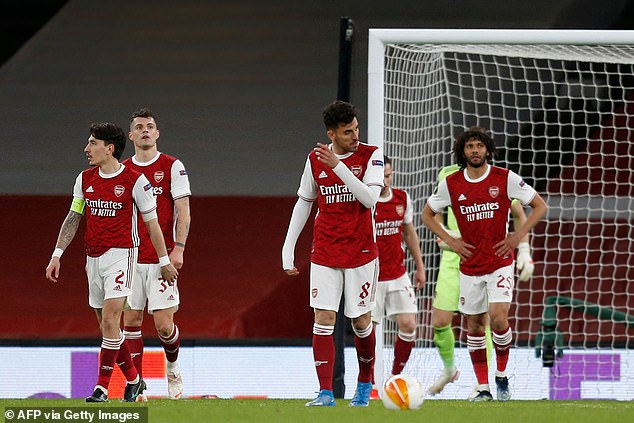 ‘In the first-half it became nervy and they weren’t the team we saw just a few weeks ago against West Ham for instance. It seems like Arsenal are not proactive in games, they need someone to slap them or punch them in the face before they wake up and start to play.

‘He (Arteta) did it in the second-half with the substitutions but they couldn’t see it through.’

Keown added that Arteta is finding it difficult to get a reaction from the players, before criticising the sloppy mistakes which led to Slavia’s equaliser.

‘(The result is) hugely disappointing, it’s going to be difficult now for Arteta. He’s made a lot of changes within the club, a lot of people have been allowed to go. There’s been a lot of problems for Arsenal across a number of years with players coming in and out.

‘He’s in charge now and he’s not quite getting the reaction from the team. They’re making sloppy mistakes and it cost them. We expected them to do their talking on the pitch. It’s the same old story, Arsenal giving away goals. It’s a disastrous result but it’s not the end.’ 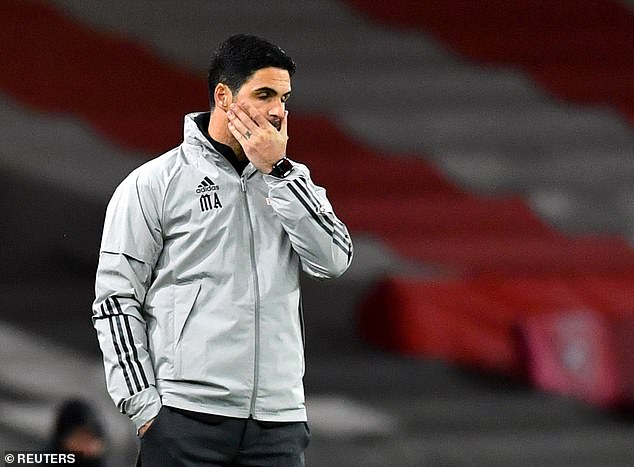 ‘It took them too long to sort themselves out and maybe that’s because of a lack of leadership on the pitch,’ Carney said.

‘They had the chances and didn’t take them. He would have wanted a better reaction for sure. It was difficult to watch at times, they didn’t know what they were doing.

‘I think Arteta looks a little bit lost and maybe he needs a bit of guidance himself, he’s still the youngest manager in the Premier League. He’s tried one way, he’s trying a different way. The group seems a bit fragmented and they’re not doing what he wants them to do. It’s a bit all over the shop. ‘