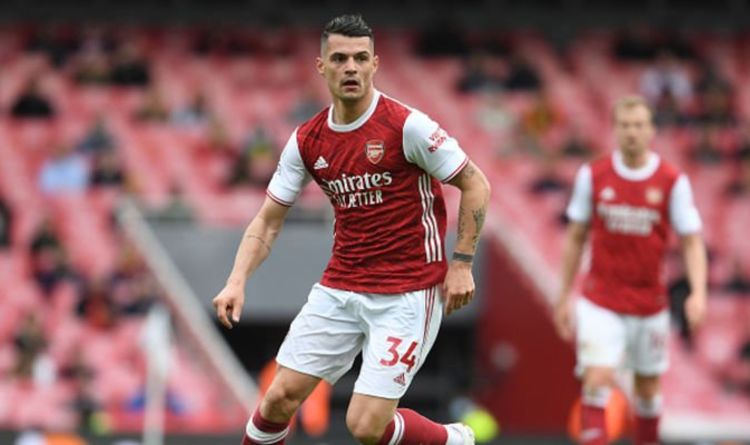 Granit Xhaka made 31 Premier League appearances last term, and has been handed an important role in midfield at Arsenal by Mikel Arteta. However, the Switzerland international could be on the move this summer, with the Gunners slapping a price tag on his head.

Arsenal have reportedly named their price for defensive-minded midfielder Granit Xhaka amid interest from Jose Mourinho to bring him to Roma.

Former Tottenham boss Mourinho will take charge of Roma from the 2021/22 season, and has already begun plotting his new squad.

The Portuguese has been linked with moves for former players from Manchester United, with Nemanja Matic and Sergio Romero both said to be on Mourinho’s radar.

But now he is looking to a former rival player in Xhaka, who was a regular for Mikel Arteta this season after falling out of favour towards the end of 2019. 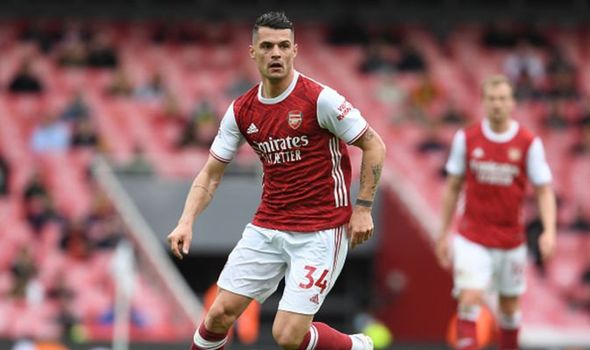 Xhaka made 31 Premier League appearances last term, but the Gunners have been linked with a move for Brighton’s Yves Bissouma, who could take his place alongside Thomas Partey in midfield for next season.

According to Gazzetta dello Sport, Roma recently made an initial £11m bid for the Switzerland international.

But that was rejected by the Gunners, who told the Serie A side they will need to up it to £17m to begin any discussions.

The report suggests that it is possible that Roma could include Amadou Diawara in an exchange deal, with the Guinea midfielder linked to Arsenal in the past. 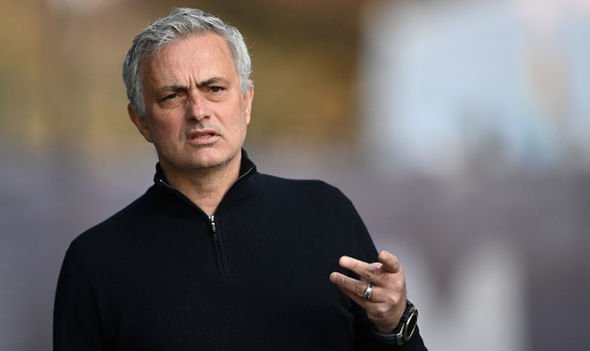 Xhaka looked to play down any talk of an exit from the Emirates this summer, insisting he is happy in north London and that his focus was on the European Championships.

While on international duty, Xhaka said of the transfer speculation: “There are always rumours at the end of the season, that’s for sure.

“But I still have a two-year contract in London and I am very happy with my family here.

“First of all, I’m looking at a successful Euro 2020 with the national team.

Mourinho has clearly been a fan of Xhaka for some time, having said back in 2019 that he thought the Swiss was a key man for Arsenal.

“Xhaka is the main man in the entire Arsenal midfield, you can’t see it unless I lend you one of my eyes,” said the Portuguese.

“Without him, Arsenal is lost. He is a leader. Remember, mistakes are made by humans.”