Arsenal are reportedly targeting Runar Alex Runarsson as a replacement for the departing Emiliano Martinez. The Argentine is set to join Aston Villa and has already completed his medical ahead of a £20million switch.

Supporters are sad to see the 28-year-old leave given his contribution to the club’s FA Cup triumph last season.

Bernd Leno’s knee injury at Brighton looked like a disaster but Martinez stepped up to the task and allowed Arsenal to finish the season strongly.

Mikel Arteta made a late decision to sell Martinez earlier in the week, in a bid to raise funds.

The Spaniard did not see the logic in having two goalkeepers fighting for the No 1 shirt and decided that he would be open to offers.

JUST IN: Arsenal board and Mikel Arteta ‘in love’ with new £62m transfer target who can leave club 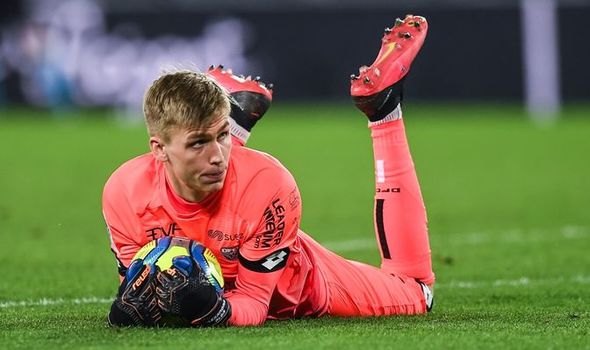 It was soon clear that Villa were prepared to bring him to the Midlands, while Brighton also registered an interest.

However, Martinez wanted assurances of regular football and that would not have necessarily been on offer at the Amex.

Martinez’s move to Aston Villa is now down, pending an announcement and according to The Telegraph, attentions have now turned to finding his replacement.

The Arsenal board are reportedly keen on Dijon’s Runarsson, who is an Iceland international.

His father Runar Kristinsson also played for his country and is the only Icelander to have 100 caps to his name.

Runarsson was part of Iceland’s World Cup squad in 2018 and has also spent time in Denmark before he moved to France.

Now he could be handed the chance to join Arsenal and rival Leno for the No 1 jersey.

The German was back between the sticks for the opening day of the Premier League season and kept a clean sheet in the 3-0 win at Fulham. 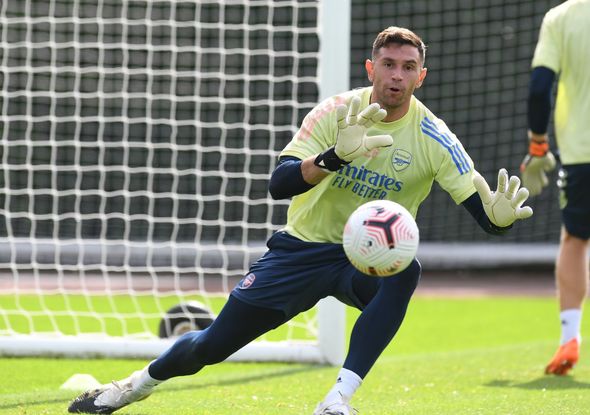 Martinez was part of Arteta’s plans for the match but dropped out of the squad to seal his move to Villa.

“We have a special situation,” Arteta told BT Sport when offering some clarity of the decision.

“Obviously the transfer market is open and we know all the rumours, so we made the decision to start Bernd [Leno] today.”

Brentford’s David Raya is also thought to be a candidate to replace Martinez.

The Gunners are said to have made a £10million offer which was rejected by the Bees.

Their manager Thomas Frank has warned Arsenal he is simply not for sale: “I said one week ago that if the price is right for Ollie Watkins or Said Benrahma, we are open, because that’s the way football works. The rest are not for sale.”