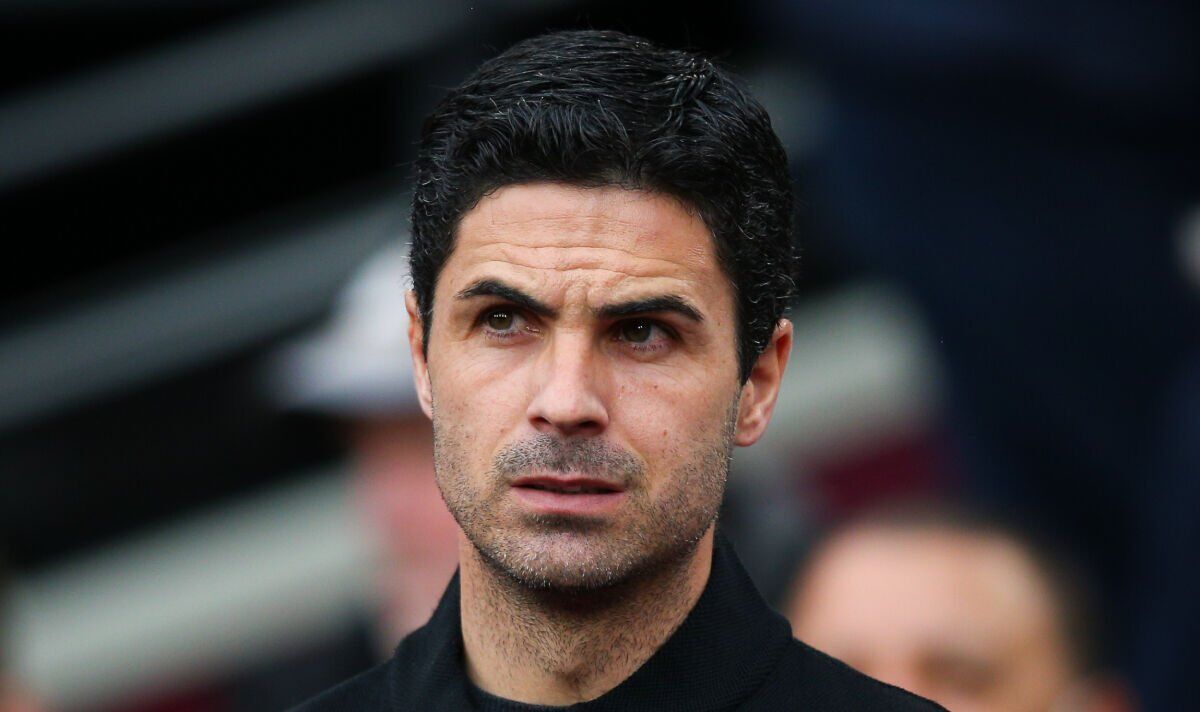 Arsenal could be wise to hijack Manchester United’s touted summer pursuit of versatile RB Leipzig defender Nordi Mukiele. At present, reports indicate that the Red Devils are most eager to get to the negotiating table, which is perhaps unsurprising given Ralf Rangnick’s previous ties to the German side, but the Gunners could opt to follow suit once they catch wind of his bargain price-tag.

Leipzig are supposedly resigned to offloading Mukiele this summer, with the prospect of cashing in more appealing than losing him for free next year. According to Bild, it would take just £8.5million to get the deal done as United seek to capitalise and bolster their defensive options.

But such a low-stakes transfer could present the perfect opportunity for Arsenal to test their pulling power and register an interest of their own. If finances make the difference, it may not be too daunting to topple United’s bid and table a figure around the £10m mark.

The Gunners could also have the significant benefit of Champions League football if they pip Tottenham to fourth spot, which they would be expected to wield as an effective transfer weapon in the summer window.

JUST IN: Newcastle ‘will bid’ for Everton’s Calvert-Lewin as Howe picks two strikers from wish list

A top player athletically and defensively, the French international has been a regular with Leipzig for the past three seasons. This campaign, he has featured at right wing-back while retaining the capability to feature anywhere across the back-line.

Arsenal boss Mikel Arteta’s previous transfer activity suggests that he values versatility in a new recruit, and last summer he pulled the trigger on a player with a similar profile in Takehiro Tomiyasu. At 6ft 2ins, he is the same height as Mukiele, has the same ability to feature on the right or in the centre of defence and his tenacity going both ways has made him a hit in north London.

Injury issues could persuade Arteta to venture out into the market and bring in extra defensive numbers. Kieran Tierney and Tomiyasu, who feature on either side of the first-choice back four, have both had to spend large chunks of the campaign watching on from the side-lines, and in their absence Nuno Tavares and Cedric Soares have failed to inspire.

A bigger squad is also likely to be in order next year to cope with the demands of European competition. Making a move on Mukiele could be a simple and cost-effective way to bring in a high-class option while retaining enough cash to strengthen in other areas.

If Arsenal decide to throw their hats into the ring, the only hiccup could surround game time assurances. Unlike at Old Trafford, a switch to the Emirates would mean attempting to break the mould of an established back four with Tomiyasu, Tierney, Ben White and Gabriel Magalhaes all impressing this campaign.

Furthermore, William Saliba is expected to return from his loan spell with Marseille and hit the ground running which wouldn’t make life any easier. But given the price-tag, hijacking Man Utd’s move for Mukiele would be a low-risk option, and with European football already in the bag it may not be too tricky for Arteta and co to put together an enticing buyers’ pitch.