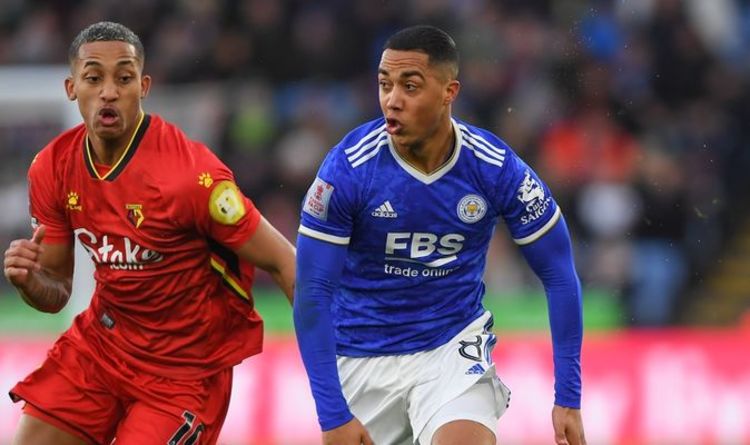 It is no secret that Arsenal are keen to acquire the services of a midfielder soon. The North London outfit weren’t afraid of spending big on defensive players over the summer, and Mikel Arteta may call for further investment in the centre of the park.

Midfielder Granit Xhaka was sent off on Thursday night against Liverpool for a clumsy challenge on Diogo Jota as the Reds forward tried to race through on goal.

The dismissal was a stark reminder that the Gunners lack quality in their midfield as this isn’t the first time that the Switzerland international has let his side down this season.

With Thomas Partey away at the Africa Cup of Nations and Ainsley Maitland-Niles now on loan at Roma, Arteta has quickly realised that his recruitment team need to strengthen their depth in midfield if they are to become title challengers again.

One player who has been closely linked with a move to the Emirates Stadium is Youri Tielemans.

The Belgium playmaker has impressed over the past few seasons at Leicester City, and he is about to go into the final year of his contract at the King Power Stadium.

And Arsenal fans have been given a reason to get excited as Foxes boss Brendan Rodgers has confirmed he understands why Tielemans is weighing up his future.

He said: “He is at an age and at a stage in his contract where he has to ensure he looks at every option.

“I would love it to be here at Leicester, that is natural, but I understand it’s a very short career.

“For players, it’s about ambition, the challenge and sometimes it’s about a different environment. we have seen it before many times,

“Teams have won the Champions League and the player will move on. That’s the nature of it.”

Tielemans has made 14 Premier League appearances for Leicester so far this season, scoring five and assisting two, and has looked more than capable of playing in a side competing for Europe’s top trophies.

Rodgers continued: “Once the player is committed, focused and professional it’s never a worry for me. With Youri you can see his joy at being here, he loves being here and you have to respect these guys’ careers are short.

“We have a close relationship, it’s really strong. I made a commitment to him when I first came in that we would improve him as a player and he believes in the environment.

The former Liverpool boss was then asked if his team had planned for life if Tielemans departs, to which he replied: “You always have to, that is key. You always have to be looking ahead, that’s important.”

It remains to be seen whether Arsenal seize this opportunity and push for a move for the 24-year-old or if they choose to wait until the summer to try and secure his signature.

However, the longer that Arteta’s side wait to make their approach, they, of course, run the risk of more clubs becoming interested in the former Anderlecht playmaker.