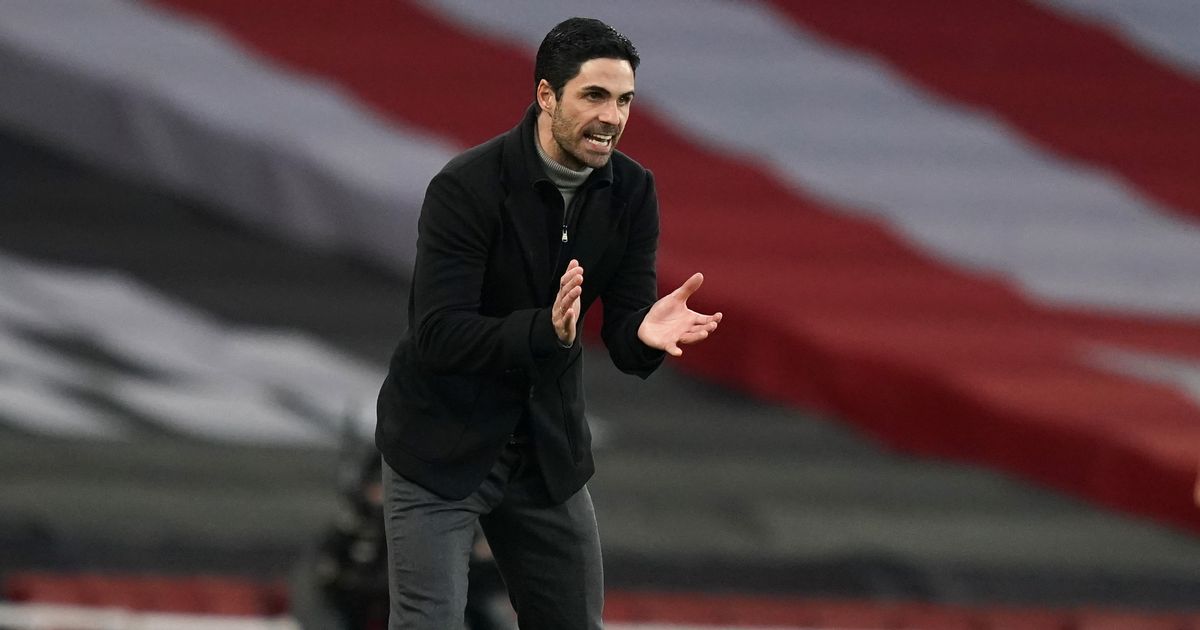 Arsenal fans were not happy with Mikel Arteta's starting XI against Manchester City and ripped into the team on social media.

Gunners supporters on Reddit blasted Arteta and slammed him for making four costly calls which led to below-par first half.

The north Londoners weren't at the races early on in the game and conceded to Raheem Sterling inside two minutes.

Riyad Mahrez cut inside Kieran Tierney to deliver the cross, and the left-back came in for criticism later on in the match.

One Arsenal fan wrote: "Tierney isn’t fit. Jogged all the way back when they were on the counter."

On the opposite flank, Hector Bellerin also came under fire for what many believed was a poor first half performance.

"I understand that Bellerin’s a great lad and we love him but he’s easily the worst starting RB in the top half of the table, right?", commented a disgruntled Arsenal fan.

Another wrote: "Bellerin should take a paycut. Makes way too much money to be kicking the ball out of bounds."

While a third weighed in with: "Sloppy sloppy play on the right side by Bellerin. No snap to his play at all."

Bellerin's inability to keep possession of the ball also came in for criticism: "Bellerin with a lot of sloppy passing."

The midfielders were accused of 'sideways passing' and being 'too afraid to release the ball faster.'

Other Gunners fans were left confused as to why Alexandre Lacazette was left on the bench by Arteta.

The Frenchman has scored six goals in his last 12 matches but hasn't featured since the 1-0 defeat at Aston Villa.

"Why is Arteta using this roster so badly? Lacazette was in great form now he’s just been frozen out. Smh", was the view of another unhappy supporter.