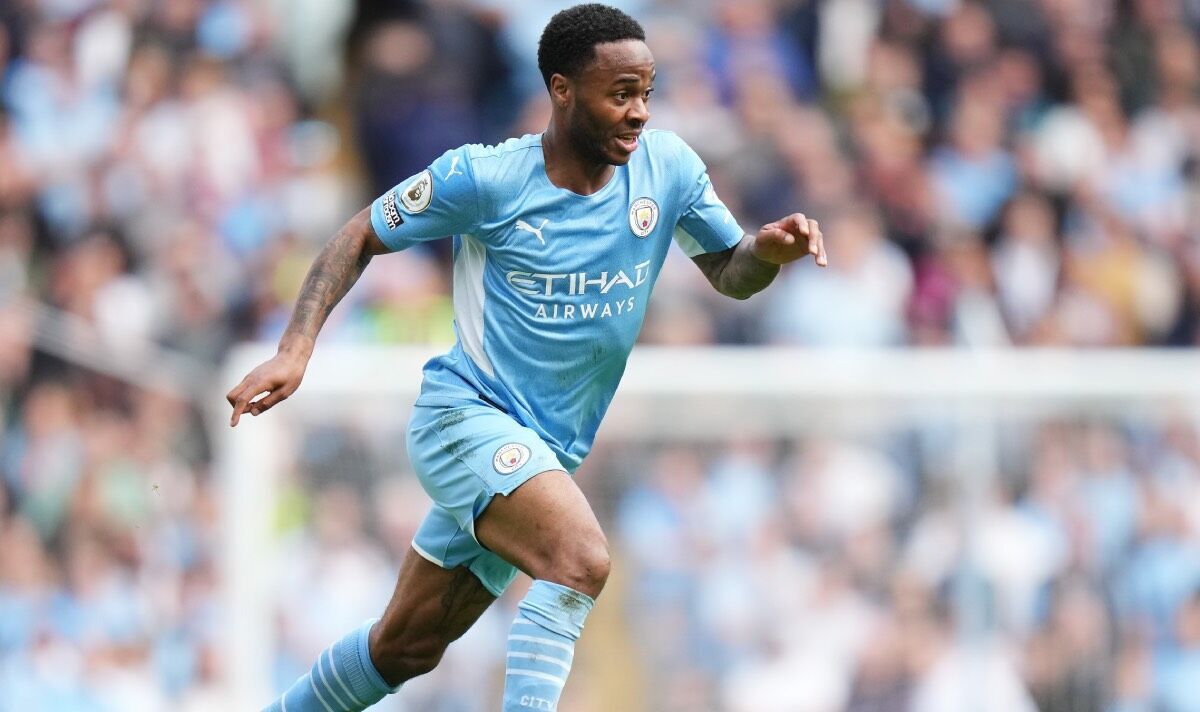 Tottenham Hotspur have reportedly moved ahead of Arsenal in the transfer race to sign Manchester City star Raheem Sterling this summer. Sterling is coming to the final 12 months of his contract at the Etihad.

The Gunners, who are set for a rebuild with manager Mikel Arteta this summer as he looks to bolster his attacking options, has identified the 27-year-old as a potential target. But it now looks like the north Londoners will now have to make some pursuading to land the England international.

Sterling is familiar with Arteta from his time as Guardiola’s assistant coach which could be seen as a positive in the switch. According to CBS Sports Golazo presenter Ben Jacobs, Spurs have a plan in place to get the deal over the line.

Antonio Conte’s side have reportedly offered Sterling assurances about a permanent place in the senior squad, an element he has been restricted to at City this campaign. On Spurs’ interest, Jacobs told The Gooner Talk: “Sterling is an interesting one, because I do think that the door is open for Sterling to leave Manchester City.

“I think there will be almost a North London derby-style pursuit for Sterling and, from what I gather, should he leave Manchester City, Tottenham are ahead of Arsenal in that pursuit.

“So, if Sterling is to join Arsenal, then Edu and [Mikel] Arteta is going to have to move quite quickly, but I think that Sterling is very intent – even though he will know Arteta very well – to play under Conte as his next manager if he is to make a move.

“The reason for that is because Tottenham have given him guarantees about style and about position. I think that Tottenham’s pitch is around ‘let’s get you back to doing what you do best,’ which is scoring goals, and I think Arsenal’s pitch is going to be ‘let’s get you back to what you did at the beginning of your career,’ which is being a very fluid, very versatile wide player that cuts inside.”

The North London side had previously been linked with Sterling last summer, after the possibility that Harry Kane would be departing but the move never materialised from N17. The City star previously expressed how unhappy he was not having much game time last season amid future speculations.

He said: “It is just happiness, just being happy, enjoying my football and that is what I am doing being here with the national team. If you’re not playing, you’re not happy. That’s me, that’s been me since I was a kid, if I’m playing football I am really happy, if I’m not I’m not happy.”

Spurs are just four points off Arsenal in fourth in the Premier League table, and as it stands, Antonio Conte’s men will be competing in the Europa League next season, while Arsenal are set to return to Champions League football.

Having played in the Champions League year in year out, that factor could have a key influence in his decision, should he pursue a move away from City. Landing Champions League football next season, may also be vital for the Gunners to land big names at the Emirates.

Indeed, Sterling’s decision may well rely on who in north London secures a top-four spot.

The 27-year-old is also one of City’s top earns, taking home a whopping £300,000-a-week which could also make any potential move difficult.