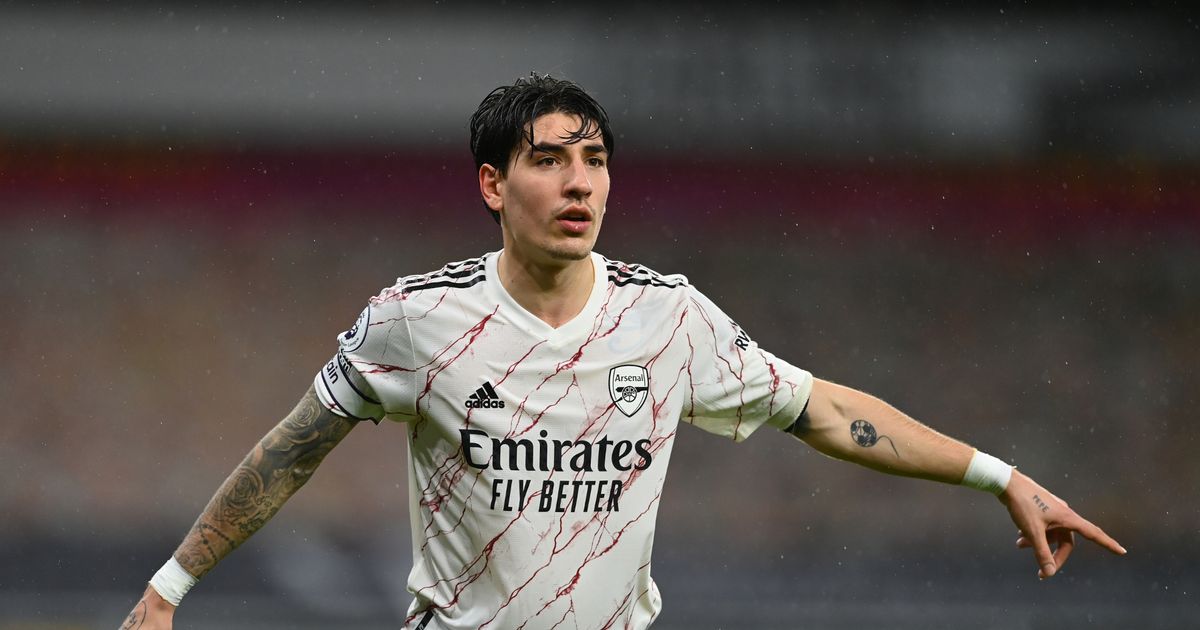 Arsenal could play the uncertainty over Hector Bellerin's future to their advantage by completing Edu's dream swap deal.

The Gunners' full-back is reportedly ready to call time on his spell in North London, as CBS Sports claim Bellerin will quit Arsenal at the end of the season, with two clubs leading the race for his signature.

Paris-Saint Germain are in the running having expressed an interest in the Spaniard last summer, while a return to his former club Barcelona is also a possibility.

The latter would appeal to Arsenal's technical director Edu, who may use the opportunity to reignite the club's interest in Barca's Junior Firpo.

Arsenal tried to sign the left-back on loan last month until the end of this campaign, but failed to agree a deal.

Their interest in the 24-year-old has not gone away, though, and Bellerin's stance could bring both clubs back to the negotiating table.

Bellerin, 25, would likely welcome the chance to return to his home city, while Barcelona's finances make a straight swap deal a viable transfer.

While vice-captain Bellerin is a regular starter for Arsenal, Firpo has been in an out of the Barcelona side.

With Thomas Partey returning to fitness and the loan signing of Martin Ødegaard, it could be an exciting few months for the Gunners.

But Arsenal have identified Firpo as the perfect target to strengthen their left-sided options, as Edu and Mikel Arteta are looking to add reinforcements for Kieran Tierney.

The Scot's injury problems have caused issue for Arteta this season, with Bukayo Saka and Cedric both deputising in the unfamiliar role in Tierney's absence.

However, Arteta and Edu have also been impressed by Firpo's ability to play in several other positions, including Bellerin's right-back slot, left-midfield, and central defence.

Who should Arsenal look to sell on this summer? Have your say below.

Like his former boss Pep Guardiola, Arteta appears to favour versatile players who can fulfil a number of roles within his side.

Bellerin is still contracted until 2023, meaning Arsenal are under no pressure to sell, and even rejected a bid from PSG worth in the region of €35million (£30m) over the summer.

He has come under scrutiny already this season, however, most notably from ex-Gunners captain Tony Adams, and the club could now be prepared to move him on to land their ideal replacement.