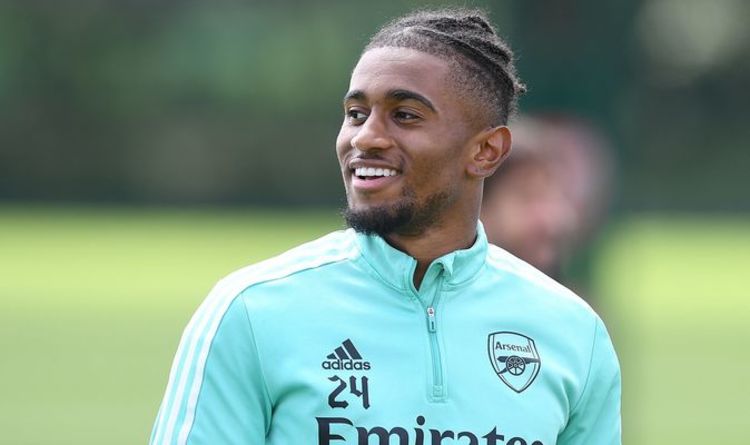 Arsenal winger Reiss Nelson is finding his Feyenoord loan spell difficult to adjust to as a result of Mikel Arteta’s training sessions lacking intensity, according to his new manager Arne Slot. Nelson was shipped out on a temporary basis last month after it became clear that he would not be playing a significant role for the Gunners this season.

He featured heavily in Arsenal’s pre-season friendlies and was introduced as a substitute against Brentford on the opening day of the Premier League campaign.

However, the 21-year-old was ultimately deemed surplus to requirements by Arteta, who went on to sanction a late move to Feyenoord for the rest of the season.

Nelson is yet to make his debut for the Dutch side and missed their Europa Conference League opener against Maccabi Haifa on Tuesday evening.

Slot revealed ahead of the match that his new recruit had picked up a minor injury in training, with the 42-year-old suggesting that Feyenoord’s sessions are run at a higher intensity than what he is used to in north London.

“Nelson had participated in almost all training sessions at Arsenal, but he experiences the training here as a bit more intense,” Slot told reporters.

“He suffered an overuse injury and so he is not here. Whether he will make it to PSV [Feyenoord’s next Eredivisie fixture on Sunday] remains to be seen, at least not as a starting player.”

Slot’s side were held to a goalless draw by Maccabi Haifa despite registering no less than 16 shots on target against the Israeli heavyweights.

The Feyenoord manager’s revelation will come as another humiliating blow for Arteta, who finds himself under intense pressure to deliver results quickly at Arsenal.

Questions have been asked over the Spaniard’s ability to lead the Gunners back to the upper reaches of the Premier League table after just one win since the beginning of the season.

Arsenal were the division’s biggest spenders over the summer transfer window, splashing in excess of £150million on six new players.

However, Arteta has failed to translate the backing provided by the Kroenke family into on-pitch results and could be forced to pay with his job if things go unchanged for much longer.

Former Arsenal forward Kevin Campbell recently suggested that Arteta’s players will eventually get him sacked, with the 51-year-old blaming the squad and the club’s owners for their current predicament.

“When Arsene Wenger left, they brought in Unai Emery. They didn’t necessarily back him fully, then when Emery got sacked, Freddie [Ljungberg] took over for a bit.

“That was the perfect time to bring an experienced manager in and back him. They didn’t do that, they brought in Mikel Arteta.

“Okay, he’s a young, novice manager who they’re expecting big things from. But they’ve been playing catch-up all this time and I think this Arsenal team will get Arteta the sack.”