Arsenal boss Mikel Arteta still needs to sign a new central midfielder and a new centre-back this summer in order to take his team to the “next level”, according to Danny Murphy. Arteta lifted his first trophy as a manager on Saturday as the Gunners beat Chelsea in the FA Cup final.

Arsenal put in a solid team performance at Wembley Stadium on Saturday, with a Pierre-Emerick Aubameyang double the difference after Christian Pulisic’s early goal.

Speaking after the game, Arteta insisted the win was the highlight of his career.

The Gunners had a disappointing season, and finished in 13th place in the Premier League table.

The Spaniard, who has been in charge since December of last year, is facing a big transfer window ahead of him. 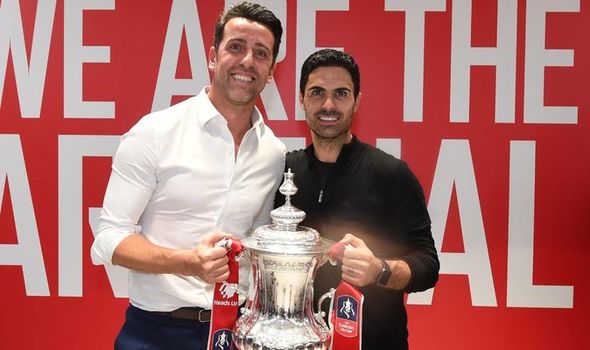 Aubameyang’s future is still up in the air, with the club captain’s contract up next summer.

Ahead of the last 12 months of his deal, Arsenal have been tipped to sell the 31-year-old this summer to avoid losing him on a free.

But Murphy believes in order to properly take his squad to the next level, Arteta needs to focus on signing a new centre-back and a new midfielder.

The Gunners have struggled at the back this season, and are expected to bring in a new central defender.

They have also been linked with a move to sign Atletico Madrid midfielder Thomas Partey, though he won’t come cheap for Arteta.

Murphy, who worked as a commentator for the game at Wembley, was highly complimentary of Arteta’s management style on the sidelines.

He praised the Spaniard as a “serial winner”, who is following in the footsteps of Liverpool boss Jurgen Klopp.

Murphy wrote: “I could have had the fake crowd noise piped in to create atmosphere but I didn’t because I wanted to be able to hear what the managers were shouting. 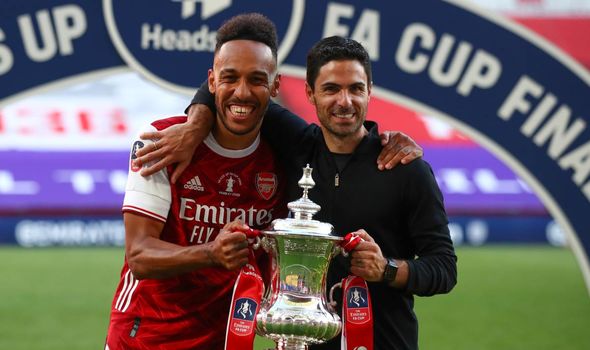 “I could hear a bit. Arteta was yelling ‘Ainsley, Ainsley’, encouraging Maitland-Niles to spin in down the sides and behind the Chelsea defence, which he did to great effect.

“Lampard was vocal too, shouting for the high press.

“Arteta is a winner and what he has done at Arsenal in a short space of time is remarkable.

“He still needs to add at least one centre-half and possibly another midfield player to take this team to the next level but the first priority has to be keeping what he has, as Jurgen Klopp did at Liverpool last summer.”