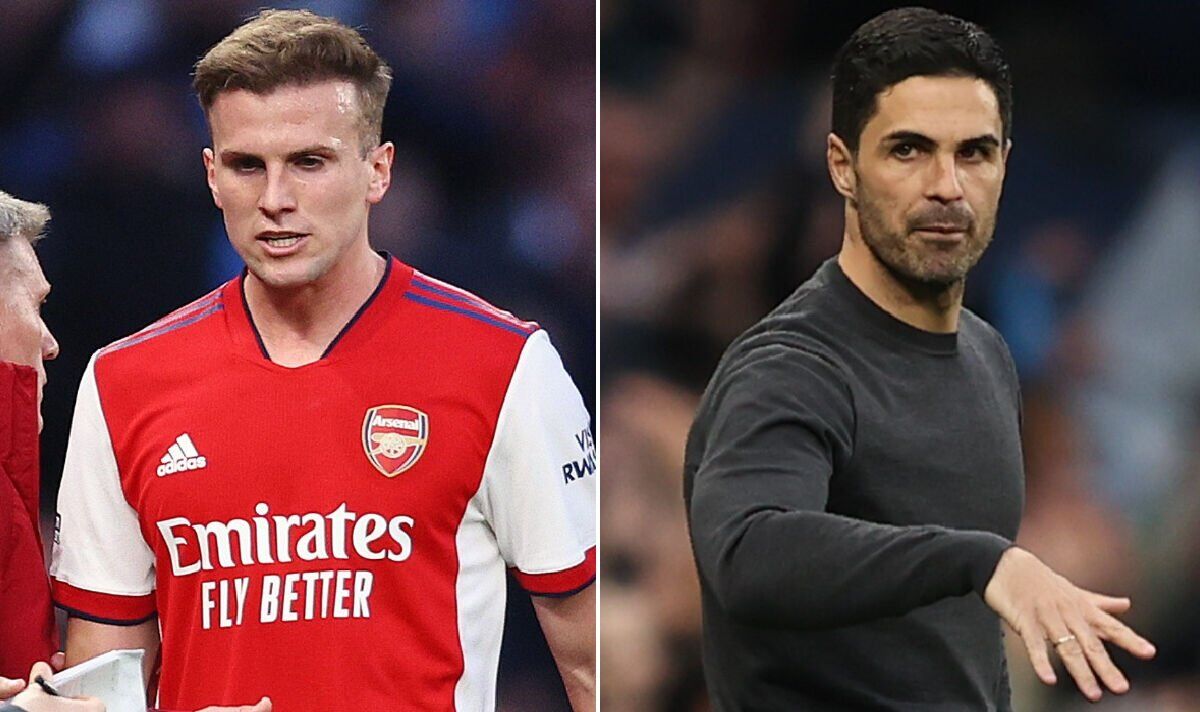 Arsenal manager Mikel Arteta has been told he got it “wrong” by failing to immediately bring on Ben White after Rob Holding’s red card at Tottenham. The 10-man Gunners crashed to a miserable 3-0 defeat against their bitter rivals in the north London derby on Thursday night having known a win would’ve guaranteed them Champions League qualification.

Harry Kane put Spurs 1-0 up on 22 minutes from the penalty spot after Cedric Soares’ silly shove on Son Heung-min inside the area. But there was another daft decision on 33 minutes when Holding picked up a second yellow for an obvious elbow on the South Korean.

And Jamie Redknapp insists the Arsenal defender’s decision-making was “really poor” after had already picking up a booking for another foul on Son. Yet he believes Arteta was also culpable for the heavy nature of Arsenal’s defeat, insisting he should’ve brought Ben White on straight upon going down to 10 men. Spurs made it 2-0 through Kane just four minutes after the dismissal.

Former Spurs midfielder Redknapp said on Sky Sports at half-time: “These are two incidents before he’d even been booked. We spoke before the game, in these derby matches, a match of this magnitude, cool heads, don’t do anything silly. That’s a silly thing [one of his fouls on Son], he’s doing Judo moves on a football field. Then he gets caught again and it becomes an accumulation. That’s obviously a booking.

“Once you’ve been booked you just have to be so careful, you don’t want to get too tight to Son who wants to keep running behind you. You’ve already got a major problem, he’s too quick for you, too powerful. Do not get in a foot race and don’t get too tight to him like this.

“That could be a red card. He puts his elbow up there. It’s a really poor decision from Rob Holding. I must admit I think the manager gets it wrong. Once you lose a centre-back, the first rule is to get another centre-back on the pitch as soon as you can. He should’ve got Ben White on.

“He doesn’t react, he was getting warmed up and all his staff, everyone’s thinking about what they should do next. He’s left himself short and then they get done by a set-piece where you need a centre-back when you’re not the biggest team in the world.”

Another ex-Spurs player, Robbie Keane, concurred and added: “[Eddie] Nketiah there at the back post, Harry Kane must’ve been rubbing his hands when he saw a striker at the back post. As a striker as soon as you see the defender’s number you’ve got a chance.

“Harry Kane is brilliant, his movement, certainly at the back post and Spurs deserve that. I agree with Jamie they should’ve made the substitutes and fairly quickly because I’d imagine one of the big centre-halves would’ve been marking Kane.”

Son scored to make it 3-0 just two minutes into the second half. Spurs’ comfortable victory moves them within a point of fourth-placed Arsenal with two games to go of the campaign. The Gunners face Newcastle away and Everton at home while Antonio Conte’s team take on Burnley at home and already-relegated Norwich away.