‘His injury was with the mentality of the players… they saw it was a big injury’: Arsenal boss Unai Emery admits Danny Welbeck’s horror knock affected his team-mates

England striker Welbeck was taken to hospital after sustaining a suspected broken ankle in the first half when he challenged for a header in the box before crumpling onto the pitch.

Many of Welbeck’s team-mates appeared distressed as he received lengthy treatment and needed an oxygen mask before being carried off on a stretcher. 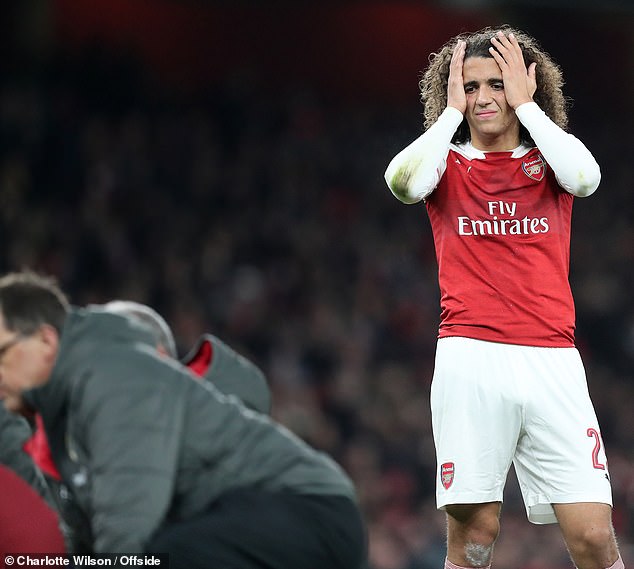 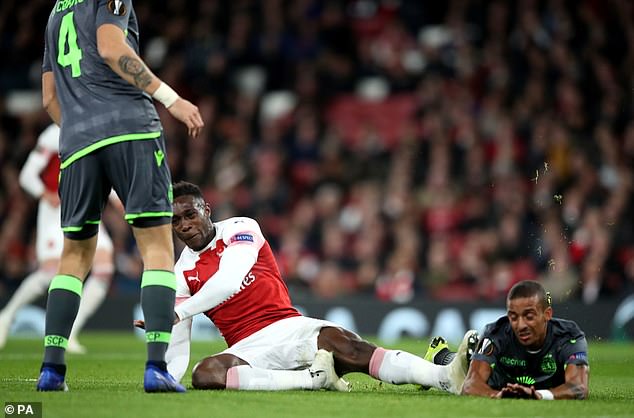 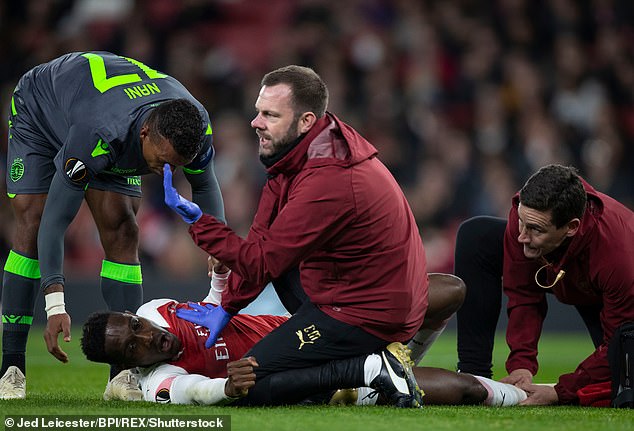 Gunners boss Emery said: ‘It’s the worst news tonight, this injury. It’s clear that we are with him in these minutes.

‘He was working well and he was having a good match. He had some chances too.

‘His injury was with the mentality of the players. They saw it was a big injury.

‘Now he is at the hospital. The news is that we are going to wait – but we think it’s a serious injury.’

Welbeck is out of contract at the end of the season, and Emery added: ‘He’s a very good person.

‘His commitment with us is very big. He’s helped us with his behaviour, with his quality and his capacity. 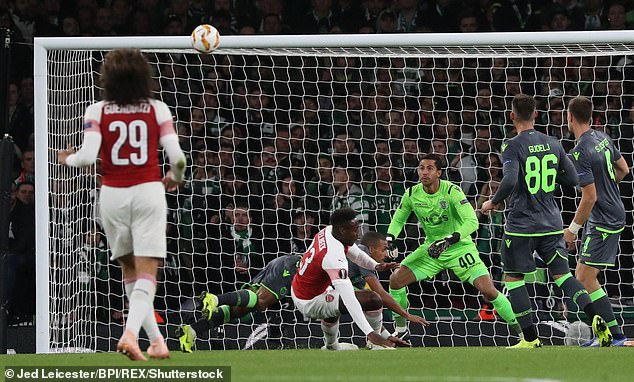 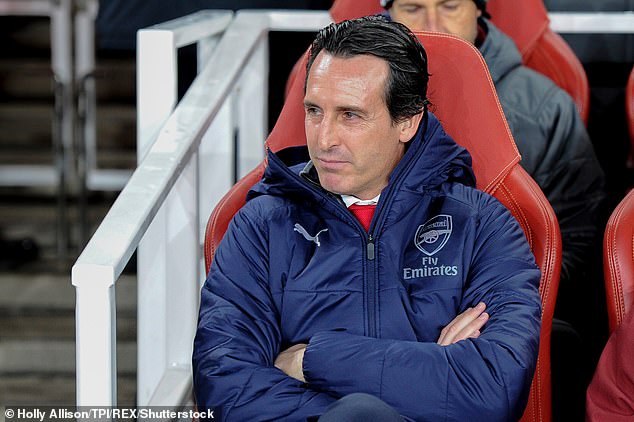 ‘It’s a very big injury for him, for us, for all people who like and love him as a person.’

The incident seemed to affect both sets of players for the rest of the game, with little in the way of goalscoring opportunities.

The game only really opened up in the 88th minute when Jeremy Mathieu was shown a straight red for a foul on Pierre-Emerick Aubameyang as the striker raced through on goal.

But Arsenal could not take advantage as Aubameyang blasted the resulting free-kick well over the crossbar.

Nevertheless, a point was enough to secure Arsenal’s qualification from the group stages, although Emery insists he wants to finish top.

He added: ‘Our mind is to be first in the group. Then every match we want the best performance from every player. 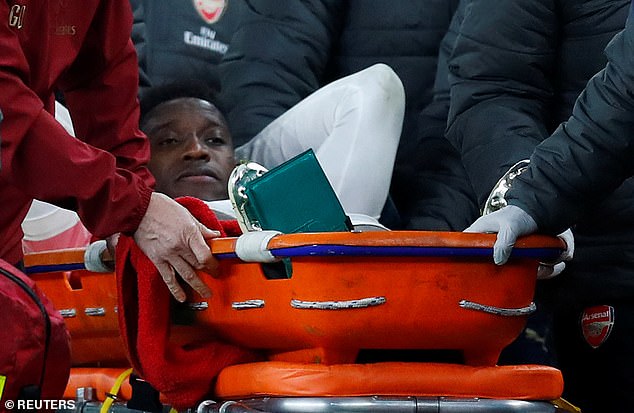 Welbeck was removed on a stretcher while surrounded with medical personnel

‘We want to use the players that we think are right for each match, and think about the next one.’

Caretaker Sporting boss Tiago Fernandes said: ‘The players did exactly what I asked them to do. In our game plan we know we had to be rigorous and they were almost perfect on that.

‘We were aware of the opponent’s quality but we, knowing our capacity and being creative and aggressive with and without ball, could try to surprise here.’