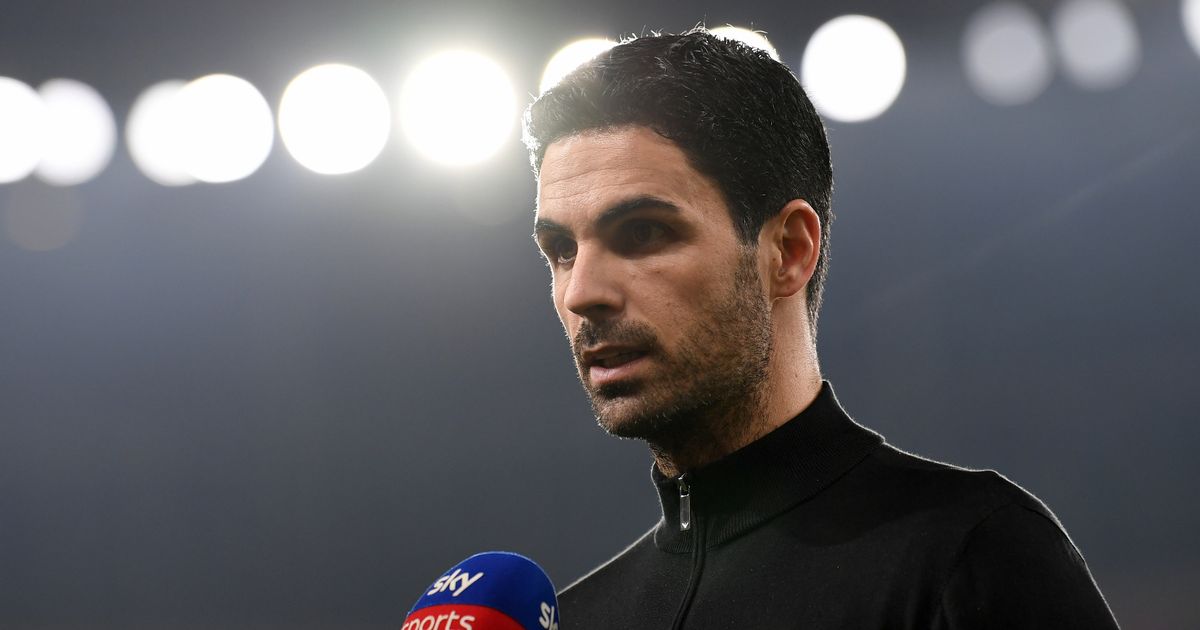 Mikel Arteta has identified the four key reasons he feels Arsenal have lacked consistency this season.

Injuries, errors, an ineffectiveness up front and, most worrying of all for Gooners, the simple fact that other teams are better than they are.

The Spaniard’s side, who face a tough trip to rejuvenated Newcastle today, have had a miserable Premier League campaign and, with five games to go, started the weekend in fifth.

Their run to the semi-finals of the Europa League has provided some relief for fans.

Although they now face a huge battle to reach the final after losing to former boss Unai Emery’s Villarreal side 2-1 in the first-leg of their last-four clash.

Arteta knows that consistency, or lack of it, has been the difference between their performances in the two competitions.

And asked why it has been a problem been such a problem, he said: “Consistency in results in the Premier League is very different to the Europa League, where we have been very consistent.

“But in the league we haven’t for many different reasons.

“One of those is the line-up, another is the amount of errors we have produced in key moments, another is the lack of effectiveness in the final third I would say, to kill games off.

“Another is because the opponent has sometimes been better.”

It is an honest assessment from the Arsenal boss and that should be admired.

But many supporters will be left wondering why these things haven’t been fixed at a club of their size if they really are so obvious.

On Thursday, following the defeat by Villarreal, Arteta was unhappy that his side didn’t get the basics right and it wasn’t the first time he has felt that way this season.

He added: “We try to be as clear as we can all the time in our messages but sometimes the opponents gets it right from the beginning.

“It was crucial that they scored early and how we reacted after that.

“But if not during the game, you get the opportunity to change it at half-time.

“It happens in different ways. There are some games where we have started really well and not finished that well.

“So I don’t think there has been a pattern over the season.”

After the defeat, Martin Keown, who won three Premier League titles with Arsenal, said ‘bad things’ would happen if they don’t get through to the final.

Arteta said: “Well, I don’t want to think that way.

One positive for Arteta at the end of another tough week is the fact David Luiz is back in contention after missing five weeks through injury.

Arteta added: “It is great to have him back.

“He had a surgery and he has worked hard to be ready as quickly as possible.

“He wasn’t ready to start the game on Thursday but he is available and he is a very big player for us.”