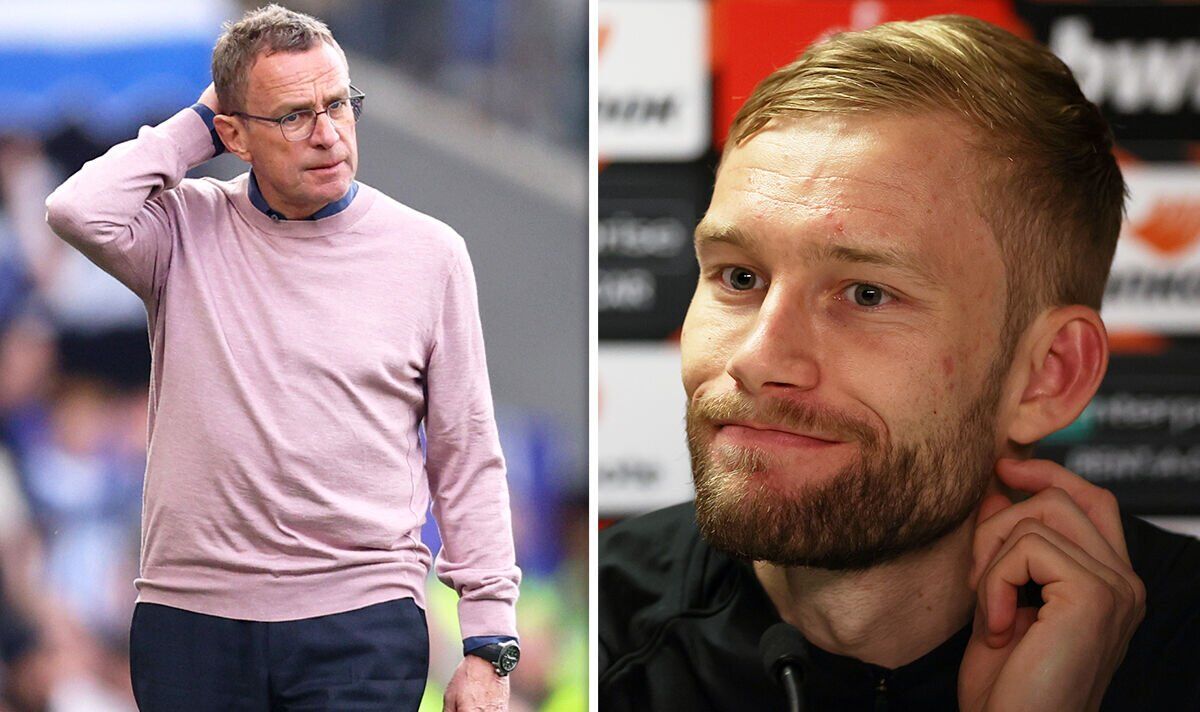 Arsenal and Tottenham are claimed to have ‘made checks’ on RB Leipzig midfielder Konrad Laimer. Manchester United have also shown an interest in the Austria international following a recommendation from their interim boss Ralf Rangnick.

Rangnick is set to remain at United in a consultancy role once Erik ten Hag replaces him as permanent manager. And he is giving the club advice on who they should sign this summer.

He will also be the manager of the Austria national team and he has already recommended one of the country’s best players to United, according to 90min.com. Laimer, 24, is out of contract at Leipzig at the end of next season.

Leipzig therefore may look to sell this summer to prevent the risk of losing him for free in 2023. Rangnick knows Laimer well from his time in charge of Leipzig and as director of football at Red Bull Salzburg.

But United are not the only English club to have an interest in the player. They have been joined by Arsenal, Tottenham and Aston Villa in keeping an eye on the player.

As is normally the case with top talents in the Bundesliga, Bayern Munich are also said to be interested, as are Borussia Dortmund. Arsenal are likely to be in the market for a midfielder in the upcoming window.

However, Leicester’s Youri Tielemans is claimed to be their top target in that position. Spurs signed Rodrigo Bentancur in January but Antonio Conte is likely to continue to add to his squad in his first summer in charge.

Laimer discussed his future before the recent Europa League exit to Rangers. But he insists a decision will not be made until the end of the season.

He said: “As of now, I’m playing for RB Leipzig. My contract runs until 2023 and doesn’t make sense to talk about it [transfer rumours] in this current, decisive phase of the season.

“Otherwise, there would only be unrest and I’d have to worry about things that aren’t the most important right now. I’ll be 25 in May and have enough experience to make such decisions clearly. I need a good feeling. I have to like what people tell me.

“It’s about the plan with me and with the team. Of course, it’s also about goals. If I’m convinced of that, I’ll do it.

“Every player and every situation is different. What happened to one player doesn’t necessarily happen to another. Sometimes it also depends on what type of player you are and what makes you tick.

“Getting information is good, but I make decisions myself. I concentrate on myself, not on the way of others.”