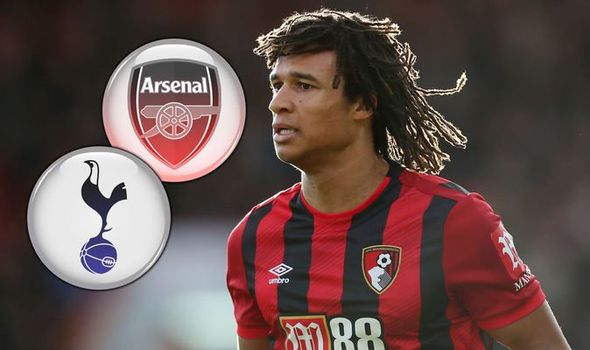 Arsenal and Tottenham are interested in signing Bournemouth defender Nathan Ake as Chelsea looked destined to spurn their chance to re-sign the Dutchman. Ake graduated from Chelsea’s youth academy in 2012 but joined the Cherries for £20million five years later.

As part of the deal, Chelsea installed a clause that allowed them to bring the centre-half back to Stamford Bridge for £40m.

That stipulation expires at the end of this month, after which Chelsea will have to enter the rat race to gain Ake’s signature, as his stock continues to rise.

The 24-year-old has been a mainstay in Eddie Howe’s backline over the past two seasons and has shown the ball-playing aptitude to attract some of England’s biggest clubs.

Manchester City are known to be considering Ake to solve their centre-back issues, but The Athletic claim both north London clubs are also lurking.

Arsenal’s issues in the heart of defence are more stark, with David Luiz and Sokratis Papastathopoulos proving an error-laden partnership until recent better showings under new coach Mikel Arteta.

There is a lack of depth in the position at Emirates Stadium, though, with Konstantinos Mavropanos loaned out to Nurnberg until the end of the season with the injury-prone Rob Holding and out-of-favour Mustafi as back-ups.

Toby Alderweireld and Davinson Sanchez are still seen as strong reinforcements but Jan Vertonghen is set to leave at the end of the season and Juan Foyth has failed to kick on as hoped.

Can Bruno Fernandes save Man Utd’s season as he closes in on January transfer? Big debate

The door seems open for Arsenal and Tottenham following Chelsea’s ostensible decision to snub the re-signing of Ake.

Scouting reports of the player are said to be ‘far from glowing’ which has led to the club’s reluctance over activating the buy-back clause.

Ake currently finds himself in a relegation scrap with Bournemouth but told Express Sport in November that he has learnt a lot under Howe.

“I think the manager is expecting us to improve every season, so he makes sure we never stand still,” he said. 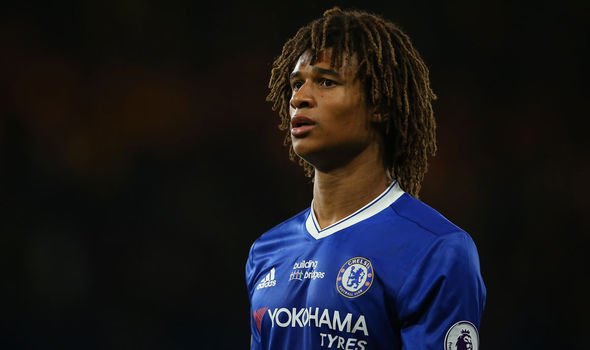 “He’s a very good manager, in those videos that’s how he is every day with his attention to small details.

“He’s trying to make people better every day. On the training pitch he gets a new feeling, there’s so much energy when he steps on the pitch directly.”

Jamie Carragher believes Chelsea are missing a trick not re-signing Ake, saying on Sky Sports’ Christmas Transfer show: “I think he’d be great buy for Chelsea, he’s left-footed and he knows the club as well.

“It’s a signing I expect them to make but is he that man to eradicate all those defensive problems they have? They’ve struggled for clean sheet this season.

“I’m a big fan of his, I’ve even thought in the past, ‘could be be a player for Liverpool?’ I think he’d be a really good signing.”