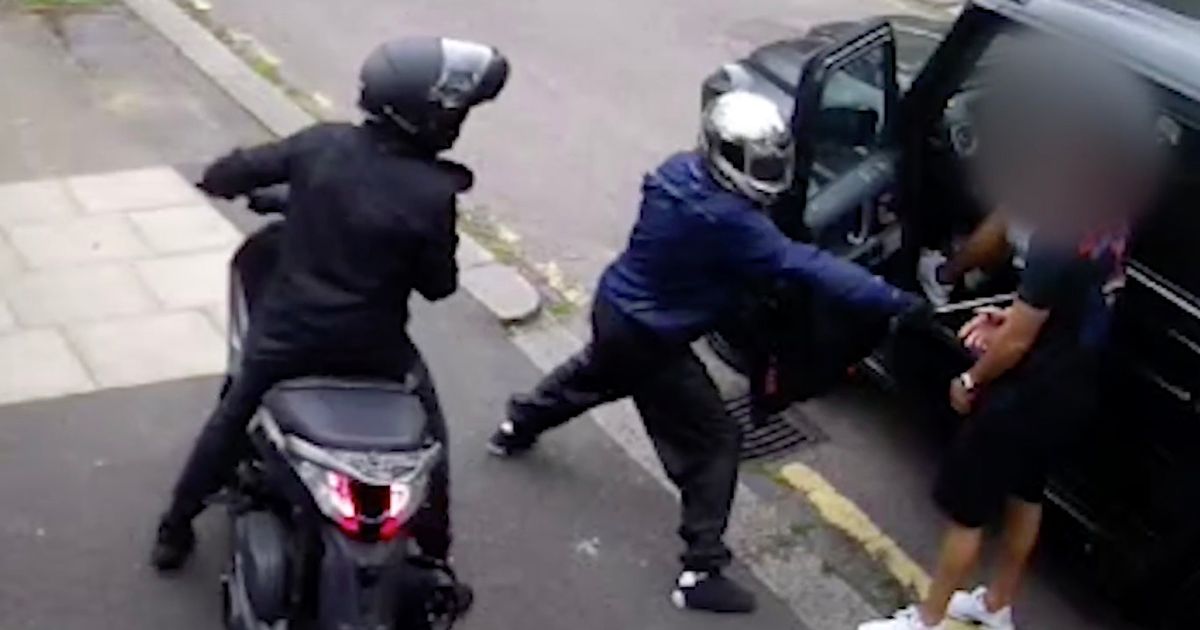 A gang of armed thieves who attempted to rob former Arsenal colleagues Mesut Ozil and Sead Kolasinac of their £200,000 watches have been handed combined jail sentences of over 100 years.

A total of eight men have been sentenced for a violent campaign in London in which they used both knives and firearms in a string of violent robberies between April 2019 and July 2020.

One member of the gang, Jordan Northover, attempted to take £200,000 watches from Ozil and Kolasinac using a knitting needle in July of 2019.

The Bosnian defender jumped out of Ozil’s Mercedes G-Class jeep following the incident in Hampstead, northwest London, as was caught on CCTV at the time.

The eight man gang were sentenced at Harrow Crown Court on Monday and Tuesday following a guilty verdict back in November, with a total of 20 offences leading to a combined jail sentence of 100 years.

Judge Ian Bourne said: “They planned this attack with great care, armed themselves with pointed weapons capable of causing significant injury one said to be a knitting needle one said to be a screwdriver.

“It is said and it is obvious that both of these defendants are prolific career criminals.”

Ozil told The Athletic of the incident: “They obviously saw the big car and because Sead had just handed me something, they must have noticed he was wearing an expensive watch.

“They told him directly, ‘Give us your watch!’. Sead’s reaction was really, really brave because he attacked one of the attackers. The second one was in front of my car on his moped so I couldn’t drive.

“I saw one chance to drive. If they got to my wife, something terrible might have happened to her. It was going so quickly that you can’t think properly.

“I drove a little bit forwards and backwards to try and get the moped away. I told Sead, “Jump in! Jump in!” and thankfully he did. The second guy tried again to get in.

“Sead closed the door and I made a U-turn. There was a construction site there and they took bricks and stones to throw at us.

“I started driving but they followed. I was driving very fast but they kept coming close on the moped. I tried to move the car, block them, escape, but each time they would be there. My wife was extremely scared.

“Nothing happened to us, that’s the most important thing. We were worried these guys had been targeting us, but the police said they found them and a few hours earlier, they tried to rob other people nearby in a similar way.”

Detective Sergeant Gary Taylor from the Flying Squad, said: “The way this gang targeted their victims and threatened them with weapons during their crime spree was truly shocking and abhorrent. The impact these heinous crimes have had on the victims cannot be understated.

“These defendants wrongly thought they wouldn’t be caught. However, Flying Squad officers were able to close the net on these robbers and bring them into custody after a proactive surveillance operation.

“I would like to praise the victims for supporting this prosecution, and I hope these convictions will go some way to giving them some comfort. Across London, officers are working hard to keep the public safe by identifying people involved in serious violence and bringing them to justice.”