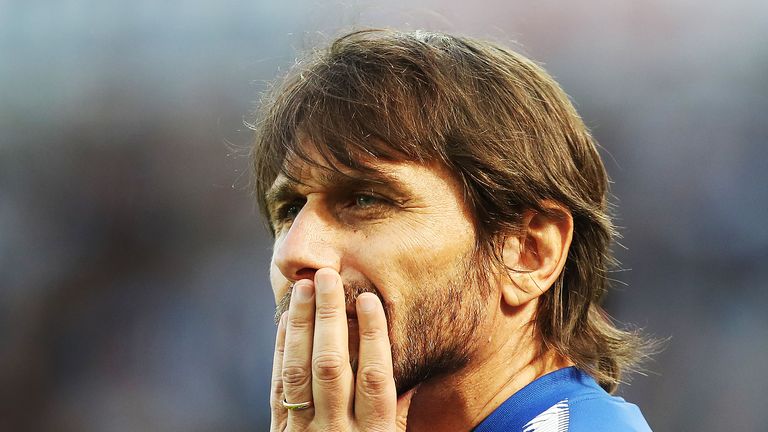 Antonio Conte’s brother has denied the former Chelsea head coach has had contact with Real Madrid over becoming their next manager.

Conte is understood to be Florentino Perez’s first choice to replace current head coach Julen Lopetegui, who is under pressure following a poor start to their La Liga campaign, should the former Spain boss be sacked.

Sky Sports News understands the Italian has been approached by representatives of Perez to sound out his potential availability, and Conte would be willing to end his sabbatical to take the helm at the Bernabeu. Conte’s brother, Daniele, was asked about the situation by Spanish radio station Cadena Ser on Thursday and said that, while Real are a “great club”, there has not yet been contact with them.

“Antonio is on holiday at the moment,” he said. “He hasn’t received any phone call from Real. We can definitely say it’s a great club, but for now there’s been no contact.”

Sky sources understand the former Italy manager rejected the chance to join Real Madrid last summer in order to take a break from football following his departure from Stamford Bridge.

On Wednesday, Chelsea were not commenting on reports that they would be owed as much as £9.5m in compensation should Conte take a job in the coming weeks and months.

Lopetegui, meanwhile, was sacked from the Spain job after agreeing to take over from Zinedine Zidane in the build-up to their World Cup campaign, subsequently taking over at the Liga champions in June.

But he already finds himself under pressure after winning just six of his 13 games in charge.