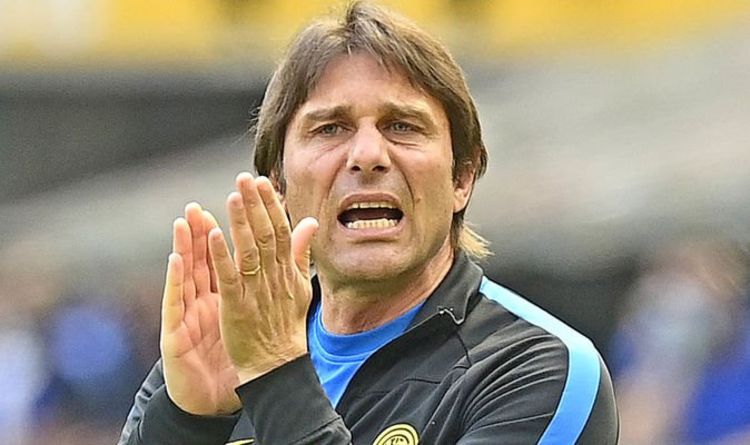 Antonio Conte is interested in taking over at Newcastle under the right conditions, according to reports. The Italian is currently available after leaving Inter Milan at the end of last season. And, with Steve Bruce expected to go, he may now be primed for a swift return to management.

Newcastle are set to sack Bruce in the next few days, denying him a 1,000th game in management in the process.

The 60-year-old has been in charge for two years, ever since Rafa Benitez walked away.

But he’s failed to take Newcastle on and, despite admitting that he’d love to stay, new Toon chief Amanda Staveley is primed to relieve him of his duties in time for Sunday’s Premier League clash with Tottenham.

Previously, it’s been reported that Conte has little interest in the job at Newcastle – with the 52-year-old instead preferring to take on a role at a ‘top club’.

But The Chronicle have claimed the Italian wants to learn about the new era at Newcastle, and is open to a sensational return to the Premier League.

Conte previously spent two years in charge of Chelsea, winning the Premier League and FA Cup during his first and second seasons respectively.

Yet he was ruthlessly sacked after falling out with Roman Abramovich, who then decided to replace him with Maurizio Sarri.

The 52-year-old is said to want to know whether he’d have a big influence on recruitment at Newcastle, having been denied several top signings during his time at Chelsea.

He wanted Romelu Lukaku in 2017 and was particularly aggrieved when the Blues board failed to land the Belgian, with Alvaro Morata an underwhelming alternative.

Conte was also denied signings at Inter Milan, too, and now wants to know whether he’ll get what he wants if he heads to St James’ Park.

Whether Staveley and the rest of Newcastle’s new hierarchy can meet that demand, satisfying the former Juventus boss, remains to be seen.

One problem is, however, that Conte would prefer to return to management at the start of next season instead.

Conte’s comments on Tottenham job with Nuno under fire

And Newcastle may have to do their utmost when it comes to talking him into taking on the position with some of the campaign already gone.

Conte isn’t the only manager Newcastle are being linked with at the current moment in time.

Brendan Rodgers and Steven Gerrard are in the frame, with the former Liverpool duo working wonders at Leicester and Rangers respectively.

Graham Potter has been linked, having helped Brighton enjoy a fine start to the season.

And there have been rumours surrounding Lucien Favre, Paulo Fonseca and Eddie Howe, with the trio all currently available.

Bruce, meanwhile, has admitted he’d prefer to stay at St James’ Park despite being a controversial figure amongst fans.

“I want to continue, I’d like the chance to show the new owners what I can do,” he said.

“But you have to be realistic and they may well want a new manager to launch things for them.

”New owners normally want a new manager. I’ve been around long enough to understand that.

“That decision is not up to me. I accept that and I will accept what comes my way.

“I have to wait to have those conversations with people when the time is right.”

And he added: “This is not about me, I cannot stress that enough.

“I have said from the first day news of this takeover came out in public, that if it is the best thing for the football club, if it takes this magnificent football club forward then I am all for it.

“I am not going to be bitter or angry about anything, whatever happens.

“Of course there will be sadness if I lose my job, it’s the job I’ve wanted my whole life, certainly since I became a manager and as hard as it’s been, I have been enormously proud to be manager of Newcastle United. That will never change.

“Do you know what? I’m not the most important talking point now.

“What happens to me, well, it’s not irrelevant, but this is about the football club and its future.

“I really hope this is the start of an exciting new era, it certainly sounds exciting when you read about how much money Saudi Arabians have.”