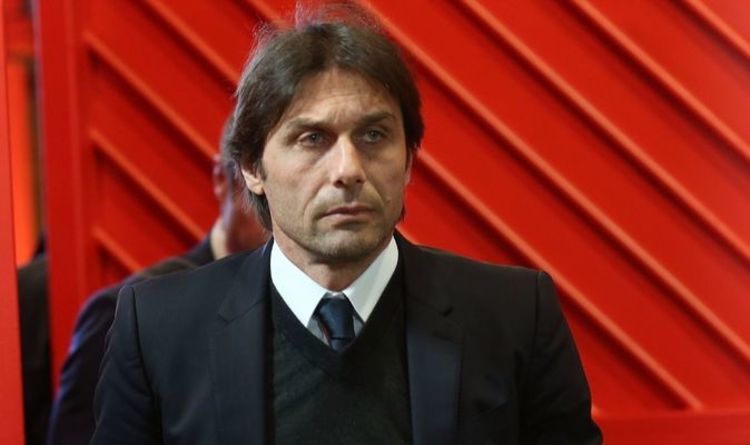 Antonio Conte has reportedly ‘said yes’ to the Manchester United job, according to the Italian press, meaning he would be willing to take charge should the club offer him the position. The former Chelsea boss is believed to be top of United’s shortlist should they part company with Ole Gunnar Solskjaer, who now has just three games to save his job.

Conte had initially decided that he did not want to return to management mid-season as he targeted a whole year away from the dug-out.

The former Juventus star and Italian international has been part of Sky Italia’s punditry team this season as he looked to take a welcome break from life as a manager.

However, an offer from United would be enough to entice Conte into a swift return to the limelight given the sheer quality that would be at his disposal.

Express Sport understands that Conte would be willing to pick up the phone and discuss the potential position with United chiefs, while other outlets in Italy have already reported that the Red Devils have initiated contact.

Gazzetta Dello Sport claim that Conte has already ‘said yes’ and part of his reasoning is his willingness to work with nine ‘big’ players.

For now, the 52-year-old will have to show patience as Solskjaer bids to get his tenure back on track.

United travel to Spurs this weekend before a midweek Champions League trip to Atalanta.

And even if Solskjaer somehow survives that, he will then have to get through a Premier League match against the champions Manchester City at Old Trafford before the international break.

Sir Alex Ferguson is said to have advised the United board to give Solskjaer time to turn things around after the 5-0 thrashing against Liverpool last weekend.

Conte is now in the frame to take over should United decide to pul the trigger and it’s not the first time he’s had an eye on the position.

Back in December 2018 when Jose Mourinho was sacked, Conte was thought to be keen on taking over at Old Trafford before Solskjaer was appointed as caretaker boss.

Erik ten Hag, Brendan Rodgers and Graham Potter are three other names that have also been mentioned in the media.

Meanwhile, Zinedine Zidane – who like Conte is also available – has now ruled himself out of the running.

The Frenchman is said to be eyeing the national team job and he is prepared to play the long game in order to replace Didier Deschamps, who could depart after Qatar 2022.