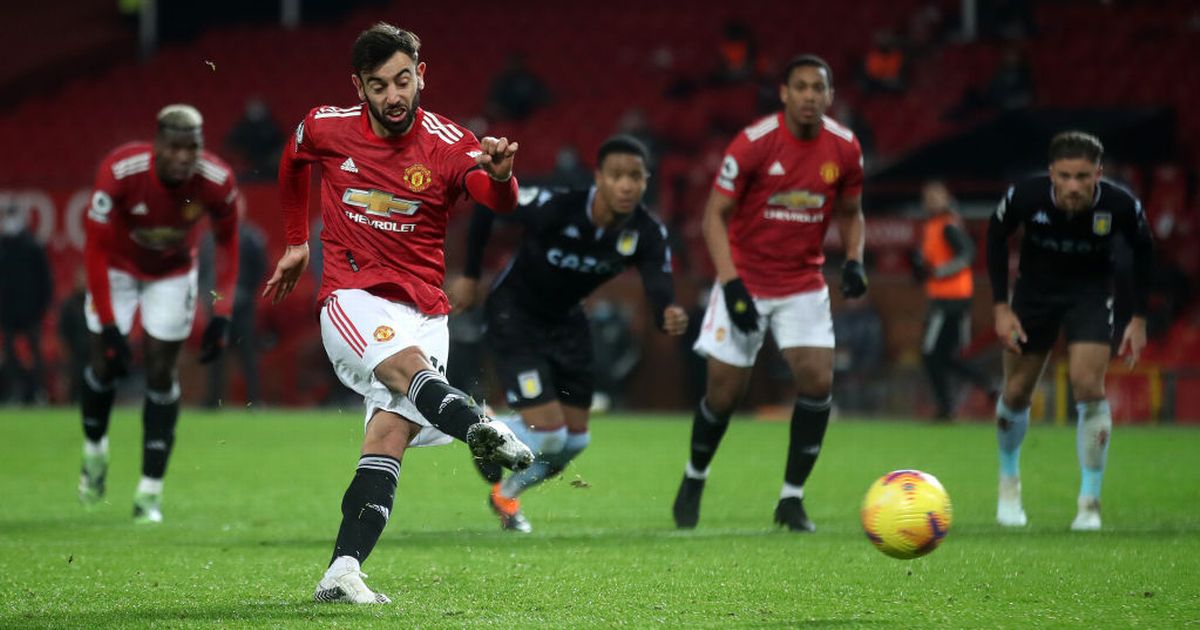 Manchester United hero Andy Cole has reacted to a stat with the former striker the only man to beat Bruno Fernandes.

Fernandes signed for United last January and has revitalised Ole Gunnar Solskjaer’s side, who are currently level on points with Premier League leaders Liverpool.

They beat Aston Villa 2-1 on Friday night with Fernandes netting a crucial second from the penalty spot.

It was his 33rd involvement in a goal in the Premier League since signing, coming in 30 appearances.

A stat from Opta showed that Cole is the only player in Prem history to be involved in more goals in their first 30 games.

The ex-Newcastle and Manchester City star was involved in 37 goals in the same period, and took to social media to react to the record.

Posting a picture of the stat, Cole simply commented: “Decent” along with a smiling emoji and a football.

The win over Aston Villa was Manchester United’s eighth in their last 10 Premier League games.

Fernandes said: "I think we are building something important. We know that. "The most important for us is building a team. Building a group of players who take care of each other.

"Today it was Eric (Bailly making a stoppage-time block) before it was David (De Gea) saving that ball, in other situations other players, but the main thing is the group has to be together.

"As I sit in the stands in the last two or three minutes, everyone is shouting and hoping to don't concede a goal and to take care of the ball.

"I think it was tough but we have to learn from here. Also from the Leicester game (on Boxing Day which ended 2-2) we have to do much better.

"We have some situations to close the game. You have to close."