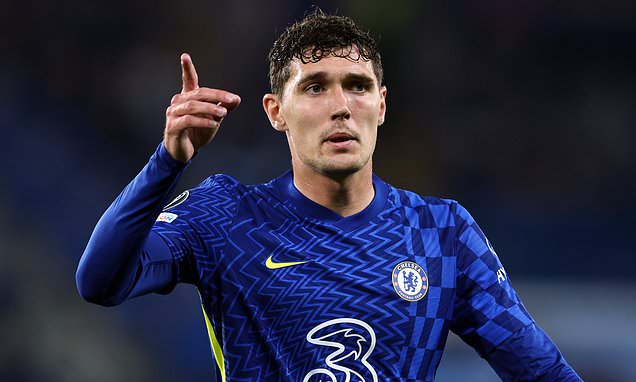 Andreas Christensen ‘reaches agreement to extend Chelsea contract beyond the end of the season… with defender set to earn £140,000 per week’ having become a key figure

Andreas Christensen has reportedly agreed a new deal to stay at Chelsea which will see him nearly double his wages.

The Blues centre-back is out of contract at Stamford Bridge at the end of the season and confirmed last month he was in talks to extend that deal.

The Sun claimed last month Christensen was close to signing a deal worth £120,000 per week after he was initially offered lower wages than the current £78,000 he currently takes home. 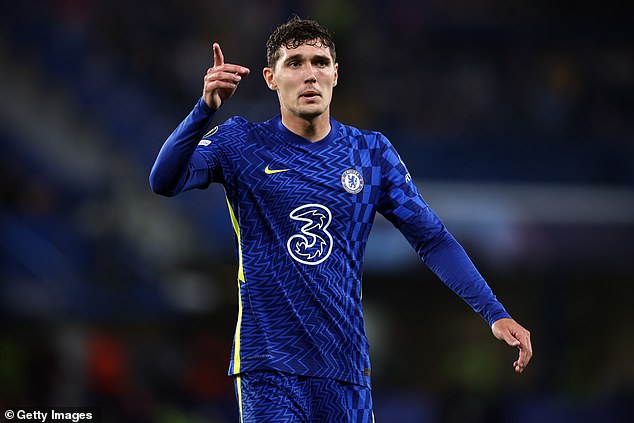 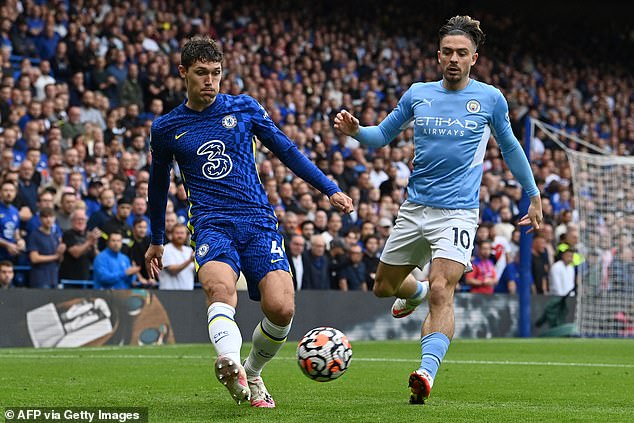 But now the Guardian journalist Fabrizio Romano claims it is a matter of time until the paperwork is signed by the 25-year-old, once final clauses in the deal are agreed.

He added that two unnamed clubs showed interest in Christensen in recent weeks, but insisted there is no chance of talks taking place with interested parties due to his imminent new contract, which The Sun claim will see him earn £140,000 per week.

The Denmark international has become a first-team regular under Thomas Tuchel, playing the 90 minutes in five of the Blues’ seven top-flight matches this season as well as figuring heavily in their run to Champions League glory last term.

He also made 27 appearances last season, fighting his way back into Tuchel’s plans and resulting in Kurt Zouma being the defender who was sacrificed in the summer with his move to West Ham. 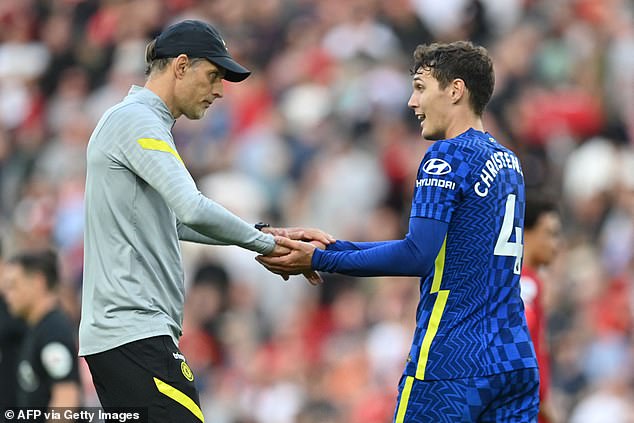 When asked on his future earlier this month, Christensen told TV3 Sport: ‘It’s hard to say how things will end up. There is a lot of talk.

‘I will not say too much, but I think it looks good. I am happy to be at Chelsea.’

But while the news surrounding Christensen is set to be announced ‘in due course’, the future of fellow centre-back Antonio Rudiger at Stamford Bridge is much less certain.

Spanish outlet ABC claimed last week Real Madrid have made the 28-year-old Germany international – who is in the final year of his Blues deal – their No 1 priority next summer. 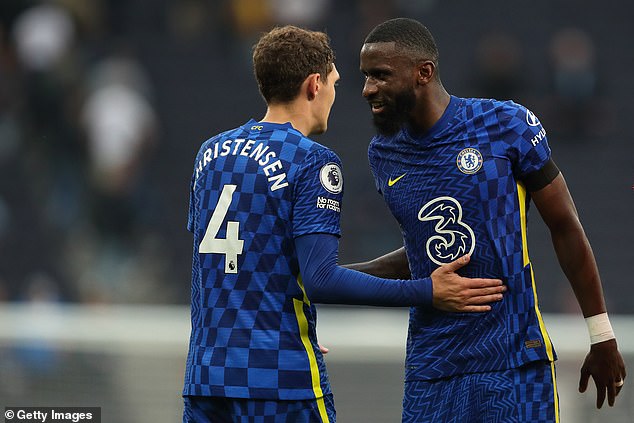 Rudiger has also attracted interest from Bundesliga champions Bayern Munich,  but he insisted earlier this month he is focused on the task at hand with Chelsea.

‘Of course (Bayern’s interest) honours me and proves that I’ve been doing things right,’ he said. ‘But I don’t let myself be distracted.

‘I have an obligation to my club to perform well. I have to prove myself every game and not let myself be distracted by rumours. I make my decisions for myself. They don’t depend on anyone. I feel good where I am.’

Rudiger is understood to be seeking around £200,000 per week to renew terms, but is not thought to be in no rush to make a decision on where his future lies. He will be free to discuss a pre-contract agreement with clubs outside England in January.