‘If I miss, it’s because the pitch is too wet’: Chelsea striker Alvaro Morata admits he would make up any excuse after missing chances last season

Alvaro Morata has admitted he would seek any excuse after missing chances last season, to the extent that he would blame the weather for making the pitch too wet.

Speaking openly after scoring twice in Sunday’s 3-1 win over Crystal Palace, Morata says his mentality was ‘down’ for the majority of the 2017-18 campaign under Antonio Conte.

He played while not 100 per cent fit as doctors could not diagnose what was wrong. The Spanish centre forward also felt critics pointed the finger at him whenever Chelsea lost. 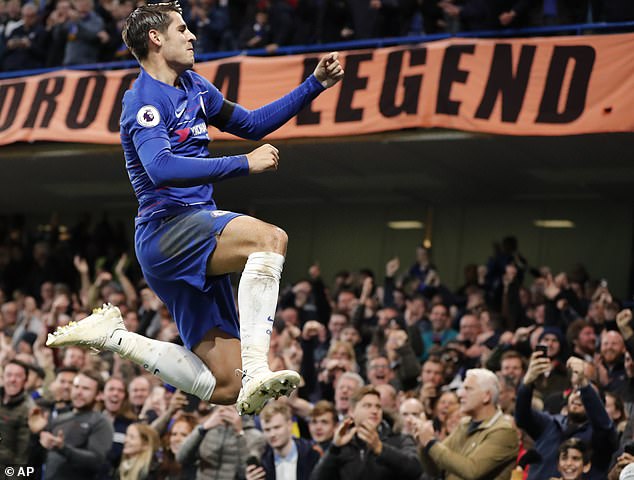 Morata says only his wife, Alice Campello, knew what he was going through but that now he has fixed his head and feels capable of leading Maurizio Sarri’s side.

‘In football, physical condition is very important, but the head is the most important thing,’ Morata said. ‘If you don’t have the head, if the mentality is not good, then you are in trouble.

‘I had a period where everything… if it is raining, I’m angry because it’s raining. If I miss, it’s because the pitch is too wet. It was only excuses. It is not good.

‘Everyone can have a bad period in their life, but we are famous, we have a lot of things. Sometimes people think we are not human, with no feelings, with no problems.

‘The important thing is to find the right balance. Now, I have, and I am very happy. I’m better. In the last month of last season, I was down, down, down, down. I cannot be more down. When you touch the limit, the only thing you can do is to come back.’ 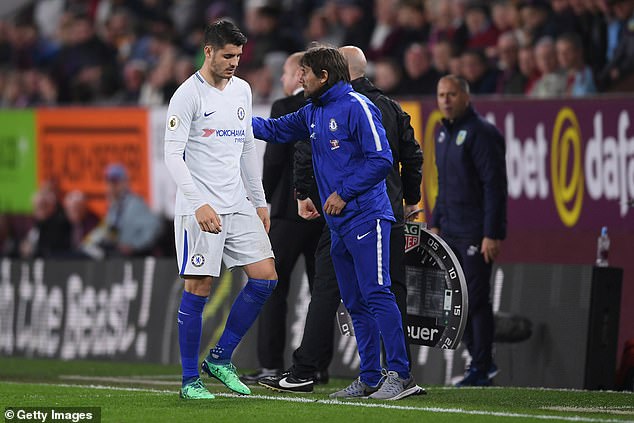 Morata has scored five goals in the Premier League this season. He could have secured a hat-trick in stoppage time against Palace but fluffed his lines when one on one with Wayne Hennessey.

‘In the last 10 minutes, I only have in my head, “I want to bring the ball home”, and I think that’s why I missed,’ Morata continued. ‘If I don’t think, probably I score.

‘There is Hazard, there is [Sadio] Mane, [Roberto] Firmino, [Sergio] Aguero, [Harry] Kane. This is the league with the best strikers in the world. I don’t need to think about scoring more goals than other players.’ 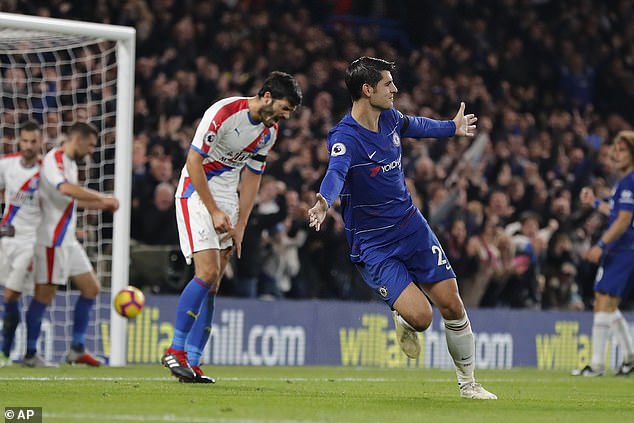