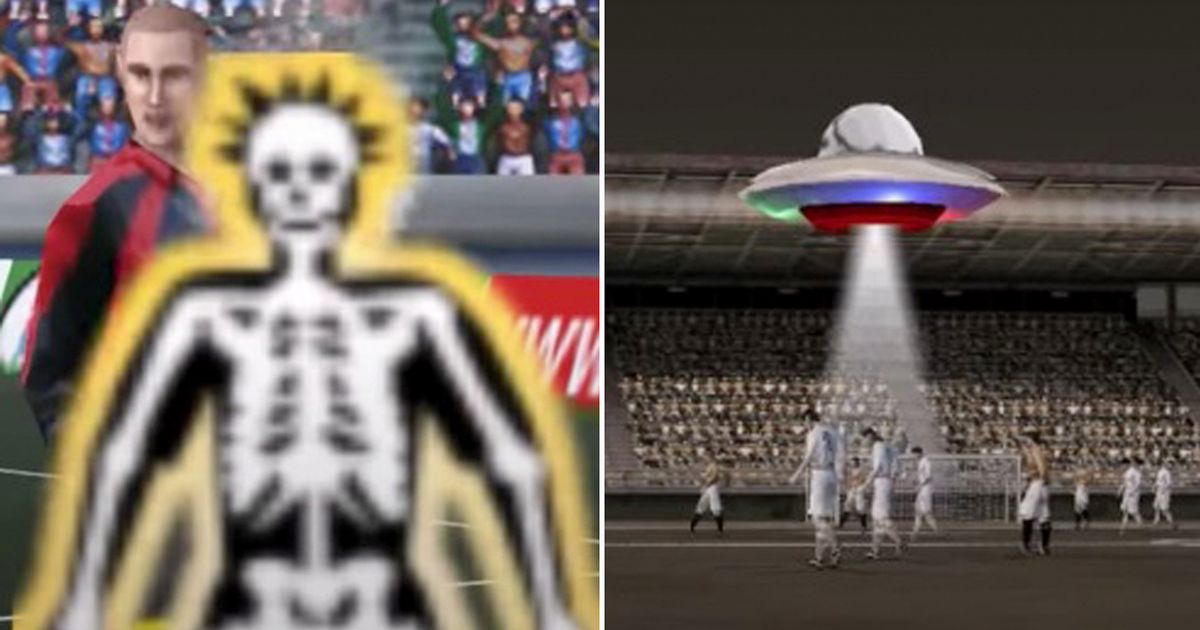 The final edition of Electronic Arts' 30-year football video game, before a re-brand next year, FIFA 23 is set to include popular game modes Ultimate Team, Online Friendlies, Online Seasons and Career Mode with players now able to compete against friends on different consoles.

Crossplay enables Playstation users to face friends on Xbox, providing they are on the same generation of console. And while the long-awaited cross-platform feature is a welcome addition – it's not quite the same as the alien abductions and lightning strikes of former years.

READ MORE: Six footballers who fumed at their FIFA ratings – from Romelu Lukaku to Declan Rice

Thanks to the former cheat codes on FIFA 2000, the final edition before the millennium is well remembered by football fanatics for its 'Lightning and Aliens Mode', which saw players randomly abducted or zapped into the air.

And while it's been over two decades since its bizarre inclusion, fans on Twitter are adamant it should make a return for the final instalment of the FIFA series.

HAVE YOUR SAY! Do you want alien abductions and lightning strikes back in FIFA? Let us know in the comments section.

"That was the f***ing best, I had forgotten about this," commented one fan. "From E.A. no less. Goes to show how far everyone can fall," harked a second, inferring that the game has entered a slow decline ever since FIFA 2000.

"The best feature ever on FIFA was the aliens and lightning cheat on FIFA 2000. FUT can F*** off," blasted a third. Whilst a fourth jibbed: "Imagine the post match interview if [Jurgen] Klopp was one of the managers."

Following the announcement of FIFA 23's release date, EA Sports confirmed the latest copy would be the last of the current series.

A statement reads: "After nearly 30 years of creating genre-defining interactive football experiences, we will soon begin an exciting new era.

"Next year, EA SPORTS FC will become the future of football from EA SPORTS. Alongside our 300+ license partners across the sport, we’re ready to take global football experiences to new heights, on behalf of all football fans around the world."

Unfortunately, there has been no news on the return of alien abductions and lightning strikes.