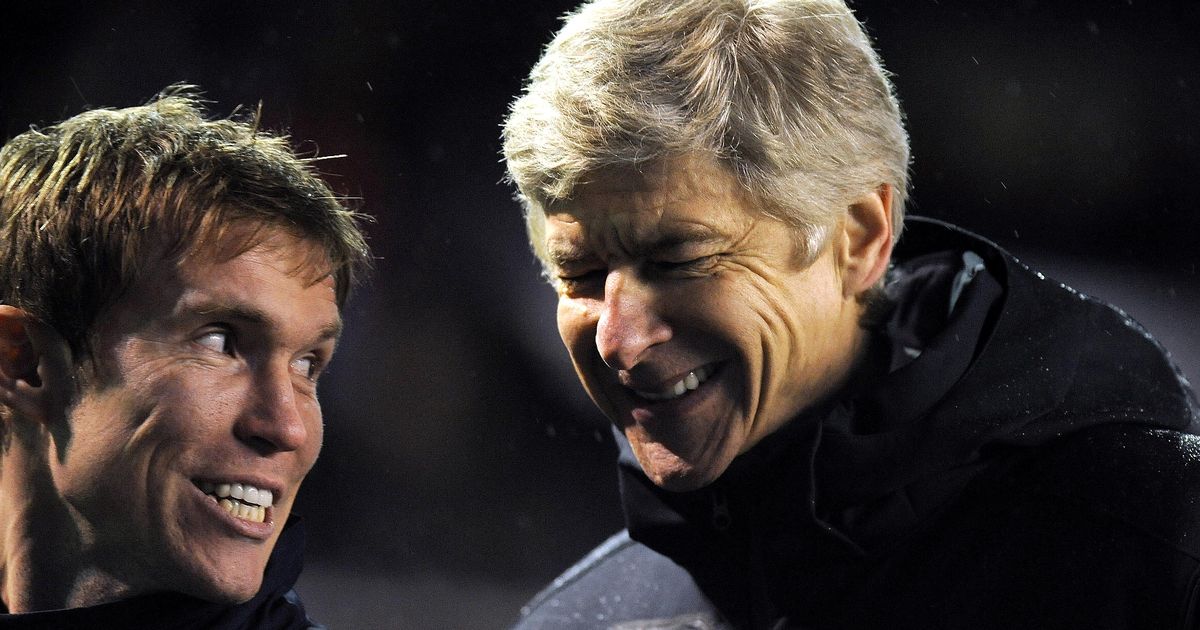 Alexander Hleb was left sobbing by a text from Arsene Wenger begging him not to leave Arsenal.

Hleb joined the Gunners from Stuttgart in 2005, playing the best football of his career for Wenger's side before earning a move to Pep Guardiola's Barcelona in 2008.

The former attacking midfielder celebrates his 40th birthday today – and has previously opened up on his regrets on leaving the Premier League club, having stayed just one season at the Nou Camp before heading back to Stuttgart.

“It’s still difficult for me to explain why I left Arsenal,” Hleb said last year, quoted by Planet Football. “I was absolutely happy there. Arsene completely trusted me, it was idyllic. And then I decided to leave.

“I was on vacation and agents and managers convinced me that I had to go to Barcelona. To be honest, I didn’t really understand what I was doing. At some point, I realised, ‘Oh god! I’m leaving Arsenal!’

“When Arsene said that it was a matter of hours, I felt devastated. It was really hard for me to accept that. Wenger did everything to make me stay at Arsenal.

Hleb claimed Wenger was "like a father", having met his former mentor again while playing for BATE Borisov in his native Belarus.

And he said most players "ultimately regretted" leaving Wenger's Arsenal side.

“Yes, we even met in Minsk a few months ago when Arsenal played against BATE in the Champions League,” said Hleb. “Wenger is like a father to me. It was really easy to work with him, you always felt his support.

“During my first season in England, I picked up an injury while playing for the national team. So, as I was trying to recover from it, I told Arsene that maybe it would make sense to send me on loan to Germany or something.

“He was like, ‘Stop it! I believe in you! Don’t even think about things like that.’ Honestly? I just flew out of the room. It really felt like I had wings.

“Arsene truly feels his players. He says exactly what a player needs to hear. I think there are very few guys who might say that they haven’t enjoyed working with him. Everyone felt like they would get a chance. And I think most players who left ultimately regretted it.”