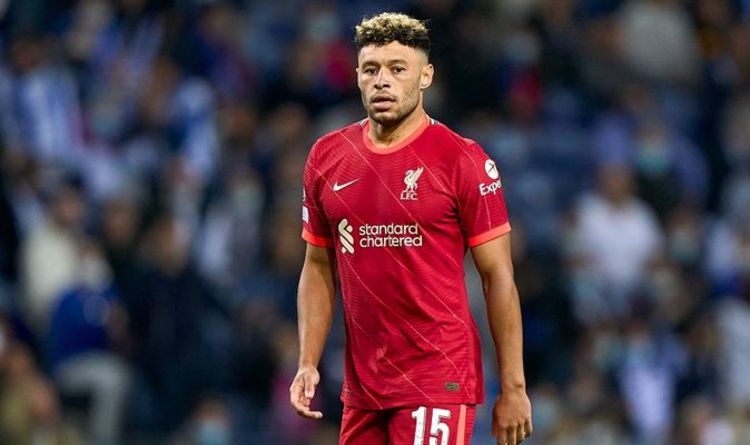 Arsenal are currently in the middle of a squad rebuild, having spent £149million during the summer transfer window on mostly young prospects. However, it has been revealed that Mikel Arteta is willing to break his ‘under-25’ rule to sign one player in particular – former Gunners midfielder Alex Oxlade-Chamberlain. The Liverpool star is reportedly open to the move, considering his lack of playing time at Anfield.

The injection of fresh talent by Mikel Arteta has given his squad a new lease of life, though there are clear signs that the 39-year-old will need time to develop each individual so that they fit his system.

The likes of Alexandre Lacazette and Bernd Leno have fallen out of favour, perhaps due to Arteta’s preference for his younger crop of players and also their complex contract situations.

However, it has been revealed that Arteta is looking at signing a more experienced player in January in Oxlade-Chamberlain.

The Sun report that the 28-year-old is considering leaving Liverpool due to his lack of game time, despite being contracted to the club until 2023 on a deal worth £125,000-a-week

Oxlade-Chamberlain has quickly fallen down the pecking order at Anfield and appears to be seen by manager Jurgen Klopp as a rotational player rather than a key first-team player.

Injuries have proved an issue for the midfielder, but that doesn’t fully explain why he has only started 20 league games over the past three seasons.

The Englishman, who has won 35 international caps for his country, spent six years with the Gunners between 2011 and 2017.

Oxlade-Chamberlain made 132 league appearances for the north London outfit after being purchased as a teenager from Southampton for £15million.

And Arteta is reportedly keen to bring the versatile midfielder back to the Emirates in on a six-month loan, with the option to purchase him for a fee in 2022.

According to Transfermarkt, Oxlade-Chamberlain is currently worth £16.2m, but if Arsenal can cunningly delay proposing a fee until 2022 then he would only have one year left of his contract which could give them leverage to push the amount down further.

The midfielder is thought to welcome the idea of the move considering he is in his prime years and will be eying up a potential late big to be featured in England’s 2022 World Cup squad having seen how regular minutes put Jesse Lingard back in the frame.

The move would certainly benefit Arsenal too. With Granit Xhaka injured and Mohamed Elneny and Thomas Partey both away for January for the African Cup of Nations, Arteta may make reuniting with his former teammate a priority so that he is not short of experience in his side.

It comes as no surprise that Oxlade-Chamberlain is weighing up his future with the Reds as it looked like he was set to play an important role this season.

Georginio Wijnaldum left the club in the summer for Paris Saint-Germain which left a hole in Klopp’s midfield three, but the German manager instead opted for the youthful presence of Harvey Elliott, who is now sidelined with injury, and more recently, Curtis Jones.

But there was the feeling in pre-season that after proving his fitness, it wouldn’t be either youngster stepping up to the plate — it would be Oxlade-Chamberlain.

After a pre-season friendly with Osasuna, Klopp heaped praise on Oxlade-Chamberlain’s performance.

“I thought Ox was on fire!” he told the club’s official website. “It definitely helps when you are part of the sessions and you play in the game. Hopefully, he can stay fit and if they do, he can help us this season in a really positive way.”

It remains to be seen whether a deal can be struck between Liverpool and Arsenal.

But on the surface, it does seem that a move would be beneficial for all parties involved.